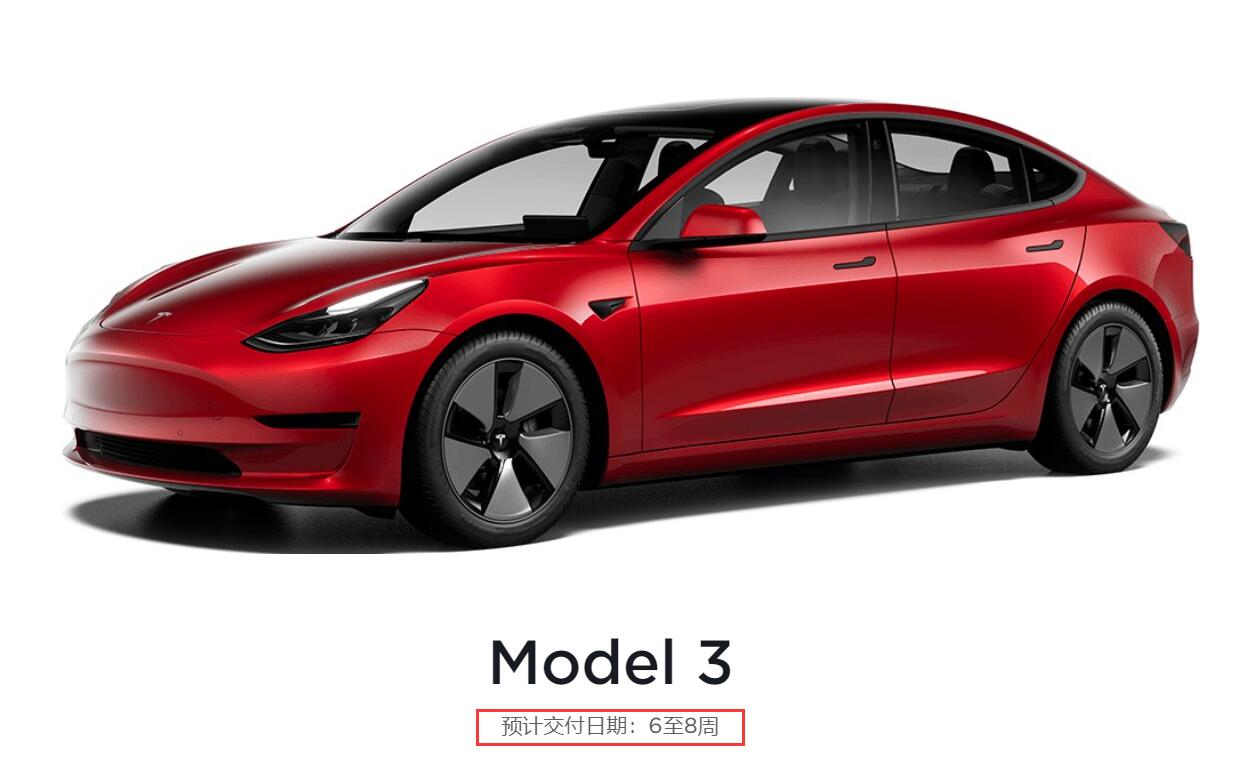 Tesla appears to be using its Shanghai plant as one of its export hubs, extending the time it takes for local consumers to get their vehicles delivered significantly.

Tesla is currently selling two Model 3 models in China - the Standard Range version and the Performance version - and its official website information shows an estimated delivery time of 6-8 weeks, a significant extension from the previous 1-3 weeks.

This means that Chinese consumers ordering a Model 3 now will have to wait an additional 1 month compared to the previous time.

This is largely related to the high export demand for the Model 3, not an issue with the supply chain including chips, Sohu Auto said Thursday, citing a response from Tesla.

In contrast, the expected delivery time for the Model Y in China is unchanged, remaining at 1-3 weeks.

Tesla China's wholesale sales in May reached 33,463 units, up about 201.6 percent from a year ago and 29.48 percent from April, according to data released earlier this month by the China Passenger Car Association (CPCA).

Tesla China's retail sales in May reached 21,936 units, the CPCA said, adding that Tesla China exported 11,527 vehicles in May, down slightly from April.

According to the CPCA, SAIC-GM-Wuling's Hongguang Mini EV maintained its position as the top-selling new energy model in China with sales of 29,706 units.