Chinese auto giant Geely said Friday it withdrew plans to list on China's Nasdaq-style sci-tech innovation board, also known as the STAR market, becoming the latest car company to do so after WM Motor.

Geely said in an announcement on the Hong Kong Stock Exchange that the decision was made after discussions with intermediaries in light of its business decisions and strategic adjustments.

Geely said the move will not have any material adverse impact on its financial position or operations. The company will actively promote the listing of its RMB shares when the relevant conditions are ripe.

On June 17, Geely said its board of directors approved a preliminary proposal for the possible issuance of RMB shares and listing on the STAR market.

The issuance of RMB shares by the company should not exceed 15 percent of the company's issued share capital after the expansion of the number of RMB shares, Geely's announcement said last week.

Geely's stock traded in Hong Kong is down about 3 percent so far this year. It rose more than 30 percent in the past month. 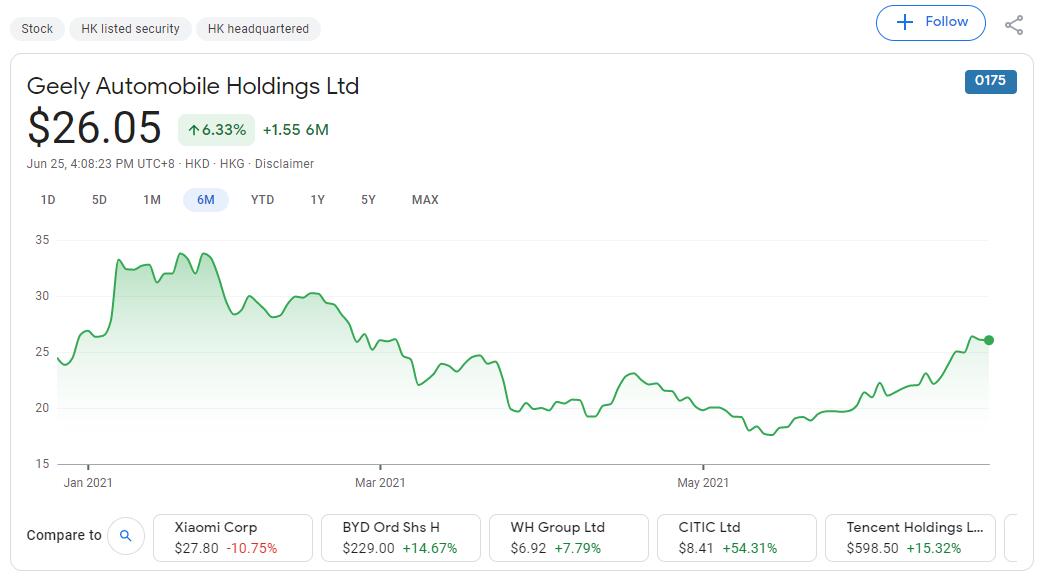 WM Motor had also previously planned to list on the STAR market and had been ready to do so in January. But there has been no progress since then.