On June 23, Chery and Horizon Robotics signed a strategic cooperation agreement in Wuhu, Anhui Province, in which the two will jointly develop smart car solutions.

Both sides will rely on their respective advantages in the field of automotive and artificial intelligence to focus on technology development and product cooperation in the fields of intelligent driving and intelligent interaction, according to a press release.

The two sides will explore intelligent, connected and other automotive technologies to develop market-leading intelligent and networked automotive products, the release said.

In terms of R&D cooperation, the two companies will focus on advancing cooperation in areas such as advanced assisted driving (ADAS), autonomous driving, and intelligent cockpit multimodal human-computer interaction.

In terms of product cooperation, the two companies will develop an overall smart car solution based on the needs of Chery's various brands, including "chip + algorithm + cloud", to meet the diversified needs of Chery's smart networked car manufacturing.

Chery has a business presence in more than 80 countries and regions around the world and serves 9.4 million car owners worldwide.

Horizon Robotics has successfully developed China's first edge AI chip and is the only company in China that has achieved mass production of vehicle-grade AI chips for front-loading.

Horizon Robotics developed the Journey 2, Journey 3, and Journey 5 series of chip technologies and algorithm services that can fuel the demand for driver assistance and autonomous driving technologies from L2-L4.

On May 25, Li Auto released an upgraded version of its sole model, the Li ONE, optimized for autonomous driving capabilities as well as hardware specifications.

The new Li ONE is equipped with two Journey 3 chips, the latest chips from Horizon Robotics, making Li Auto the first company to build an assisted driving system based on homegrown chips.

Founded in July 2015 by Yu Kai, a machine learning expert and founder of the Baidu Deep Learning Institute and Baidu Autopilot, Horizon Robotics is the only automotive smart chip company in China that has been validated for front-end mass production.

In 2017, SAIC partnered with Horizon and completed its Series B financing for Horizon in 2019, making it the first Chinese vehicle company to make a large-scale investment in smart chips.

Great Wall Motors announced on Feb. 8 that it completed a strategic investment in Horizon Robotics.

On March 2, BYD announced that it had completed a strategic investment in Horizon Robotics.

Earlier this month, Bloomberg cited people familiar with the matter as saying Horizon Robotics is considering an initial public offering in the U.S. that could raise as much as $1 billion.

The company is currently working with advisers to prepare for a stock sale, and its IPO could happen as early as the end of the year, the report said. 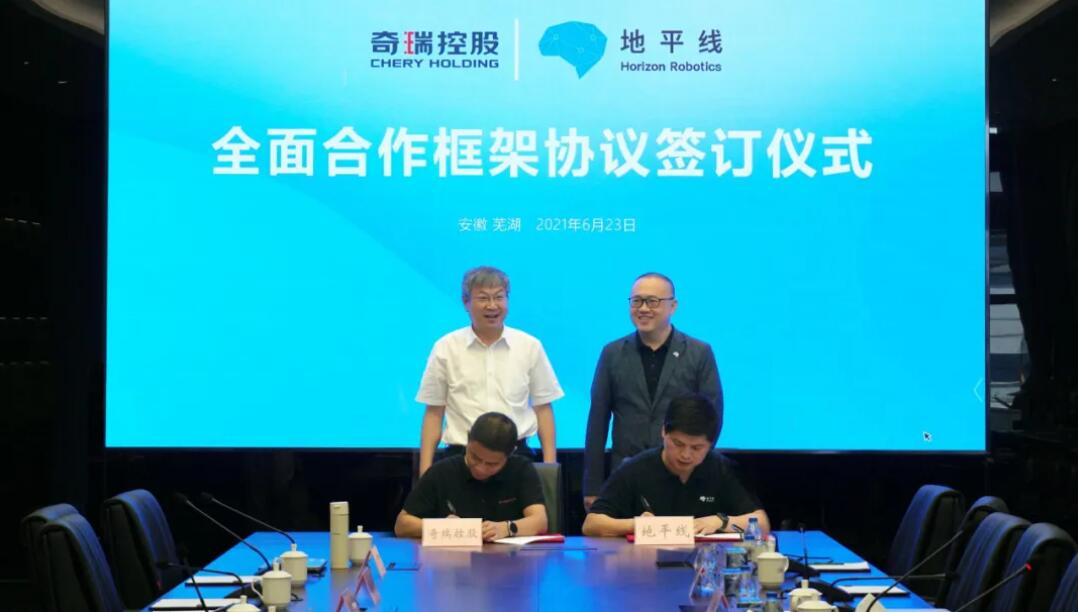