BYD has recently been rumored to stop producing new fuel vehicles soon, which the company denies.

"The company currently has no such plan, there is demand from the market and consumers, and demand from partner dealers," China News Service quoted BYD as saying in response on Thursday.

Earlier reports quoted an internal BYD meeting minutes as saying that when asked "will all the company's fuel vehicles be replaced by DMI and DMP in the future and production will be stopped?" and BYD said that the planning of future fuel vehicles has been stopped.

The report mentioned that BYD said its fuel car sales were 230,000 units last year, and internal sales are expected to be around 150,000 units this year.

"The earliest full replacement will be next year (as soon as DMI reaches a monthly capacity of 80,000 units and ships 40,000 units a month). This may herald, as early as 2022, BYD will completely stop production of pure fuel vehicles," these rumors said.

He said the trend for new energy vehicles to replace fuel vehicles is set in terms of domestic and foreign environment and resources.

China's dependence on oil, which is an issue that must be addressed, he said, adding that the carbon peak and carbon-neutral targets are allowing the new energy vehicle market in China to grow.

Wang expected there will be a longer transition phase in the development of the new energy vehicle market, from plug-in hybrids to pure electric vehicles.

The auto industry may not be paying enough attention to plug-in hybrid technology at this point, but the volume of this market will be very large in the future, Wang noted.

In May, BYD sold about 32,000 units of new energy vehicles, and the effect of the DM-i technology on the replacement of fuel vehicles initially appeared, he said, adding that the sales of DM-i models are expected to continue to maintain high growth. 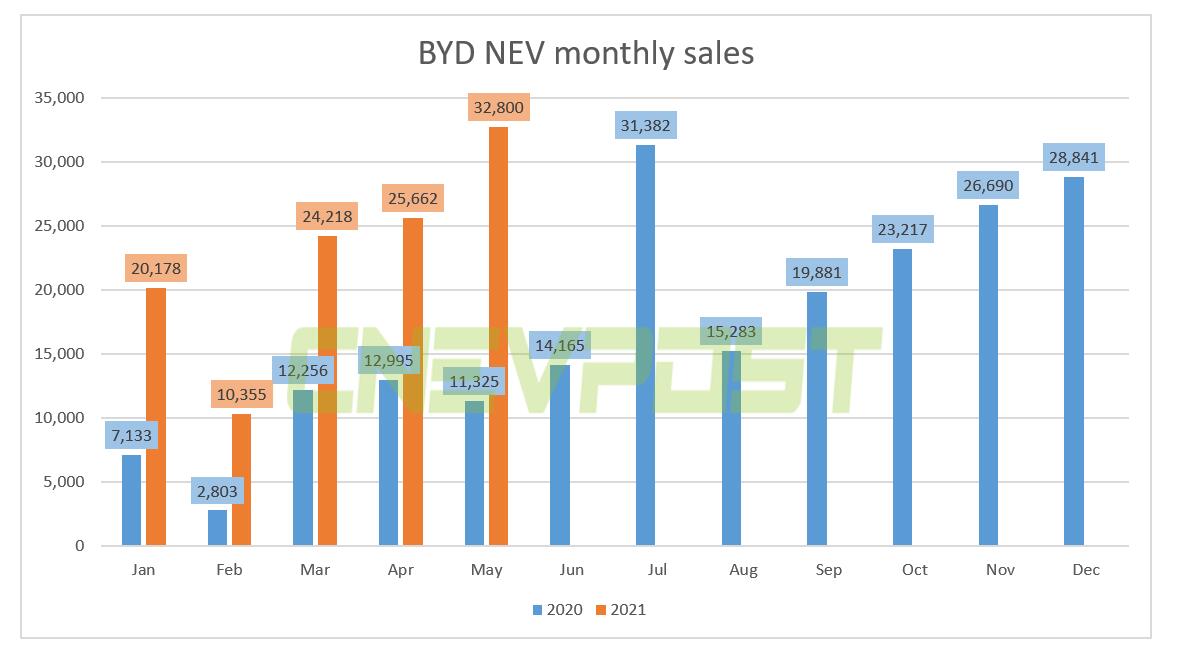