BYD, the Chinese electric car company backed by legendary US investor Warren Buffett, sold 32,800 new energy vehicles in May, up 190 percent from a year earlier and 28 percent from April. 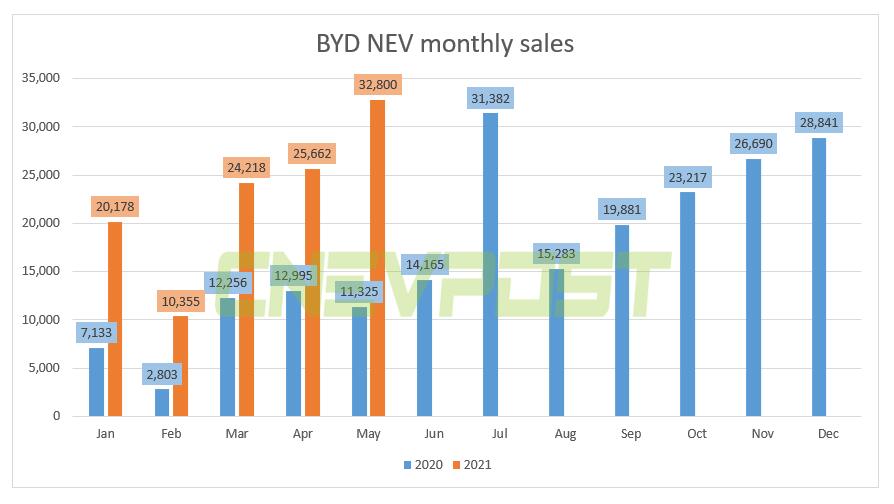 It sold 31,681 new energy passenger vehicles in May, including 18,711 pure electric vehicles and 12,970 plug-in hybrids, the company announced Monday on the Hong Kong Stock Exchange.

BYD sold 1,119 new energy commercial vehicles in May, including 772 buses.