As of June 2, the US-listed Chinese electric vehicle (EV) trio - NIO, XPeng Motors, Li Auto, and several of their local competitors - have released May delivery figures that show some interesting changes.

NIO's deliveries of 6,711 units were down slightly from April but still the highest of these companies, while XPeng's 5,686 deliveries came in second, up 483% year-on-year.

Li Auto, which had previously been ranked third in deliveries among China's new car makers, saw its deliveries decline by about 22 percent to 4,323 units in May compared to April.

This resulted in Li Auto's third position being overtaken by Neta Automobile, backed by Qihoo 360, China's largest cybersecurity company, which delivered 4,508 units in May, up 551 percent year-on-year. Neta's cumulative sales reached 15,900 units in the first five months of the year. 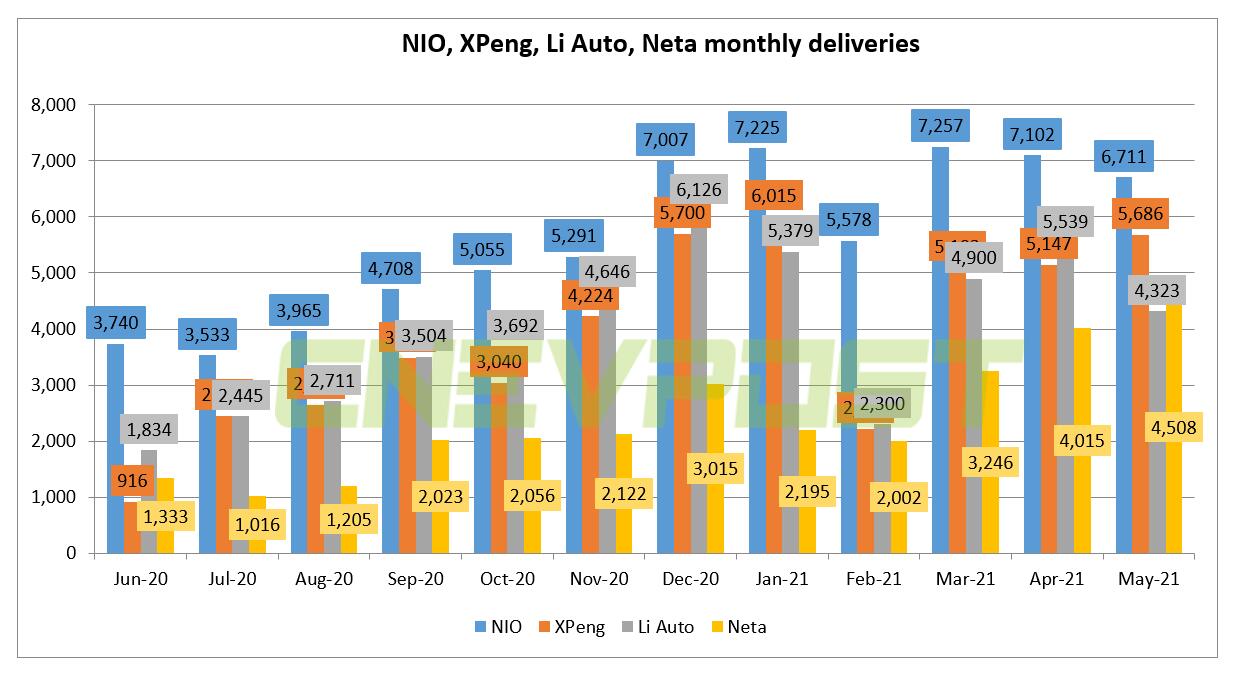 The reason for Li Auto's sales decline may be related to the launch of the new Li ONE, which has been optimized in terms of its self-driving capabilities as well as hardware specifications, and deliveries began on June 1.

Li Auto said Wednesday that orders for the new Li ONE were very strong, with overall orders hitting another record high in May.

"Based on order growth and the continued expansion of our sales and service network, we are confident that deliveries will exceed the upper end of our guidance in the second quarter of 2021 and continue to ramp up in the future," Li Auto co-founder and president Shen Yannan said.

Also of note, on June 1, Leap Motor released data showing that it delivered 3,195 vehicles in May, up 1,226 percent year-on-year and up 15 percent from April.

So far this year Leap Motor has delivered a total of 17,803 vehicles.