Under the agreement, CATL and Great Wall Motor will leverage their strengths to create a highly synergistic competitive advantage and drive technological advancement in new energy vehicles.

They will help each other achieve their "peak carbon" and "carbon neutral" goals, CATL said in a statement.

CATL and Great Wall Motor began collaborating on model development back in 2016, and have since collaborated on technology development and supply for multiple brands.

This long-term strategic cooperation is a deepening and upgrading of the relationship based on years of cooperation between the two companies, CATL said.

CATL, founded in 2011, is the largest power battery supplier in China, with a long-term market share of about half in the country.

CATL ranked first, with 3.82 GWh installed in April and a 45.5 percent market share.

Great Wall Motor, a world-renowned manufacturer of SUVs and pickup trucks, is accelerating its transformation into a technology mobility company.

In the new energy sector, Great Wall Motor is working on the development of models with EV, HEV and PHEV technology architectures as well as the layout of hydrogen energy models. 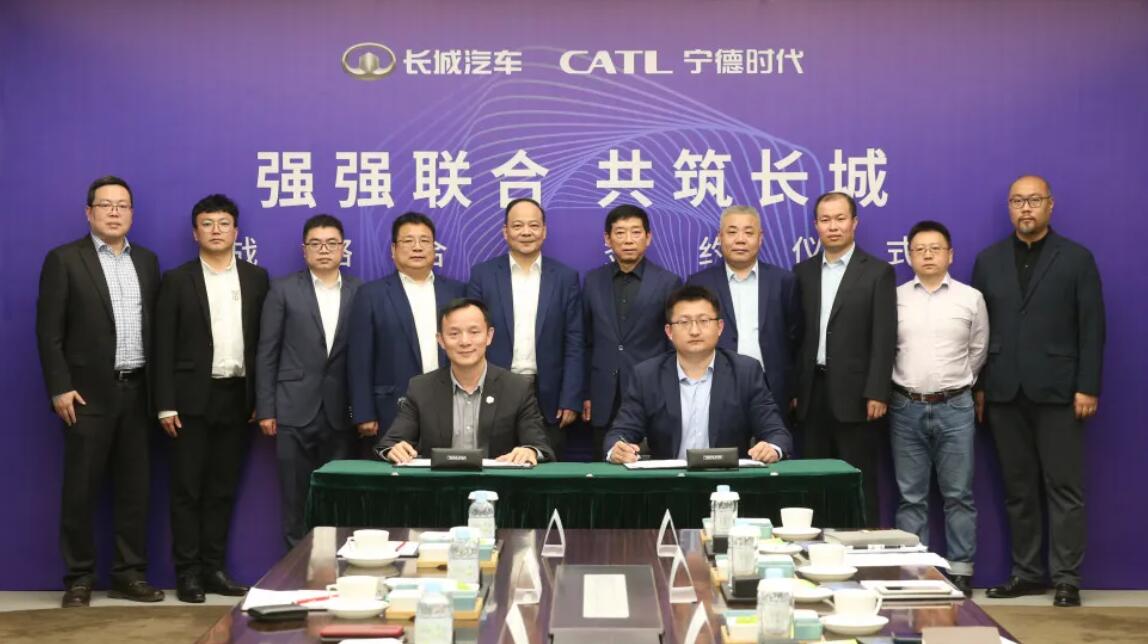