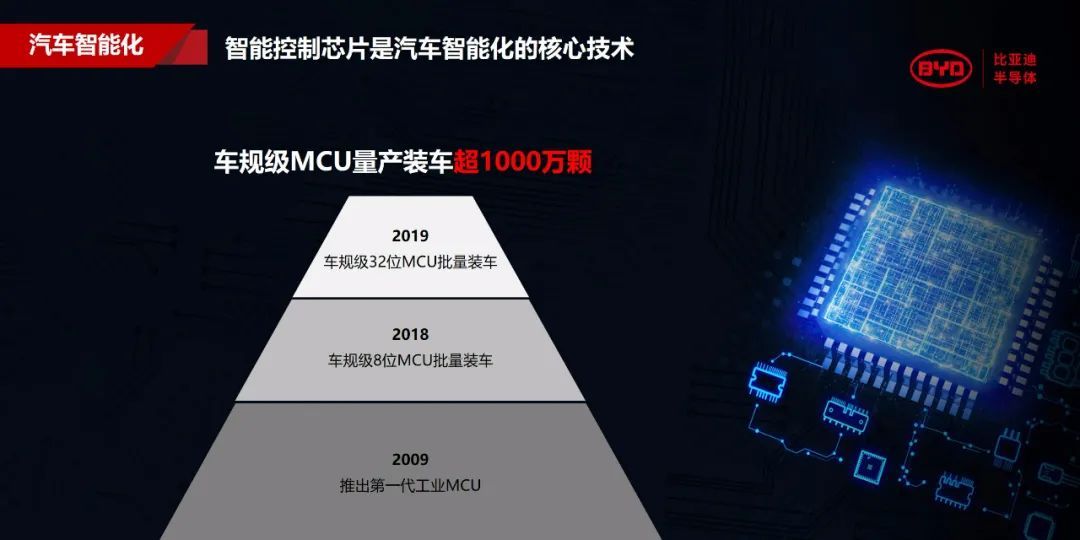 As the core of the internal computing and processing of automotive electronic systems, MUCs are the key to achieving automotive intelligence.

BYD Semiconductor was established in October 2004 and entered the industrial MCU field in 2007. It currently ranks first in China in terms of the market share of industrial touch MCUs.

The technical difficulty of developing automotive MCUs is much greater than that of consumer-grade MCUs and industrial-grade MCUs due to the stringent requirements of functionality, safety, and reliability. 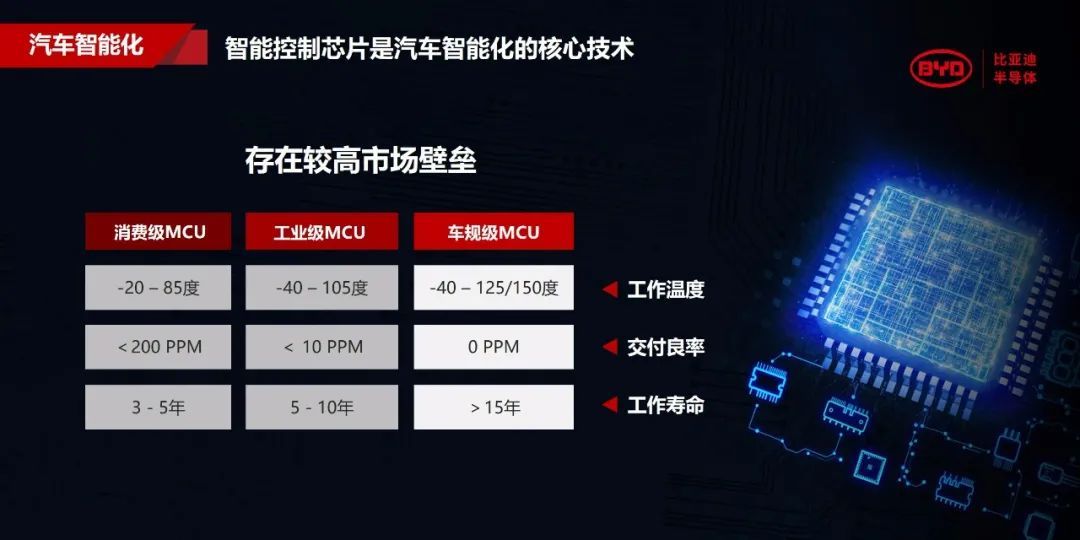 It has applied for 328 domestic and foreign patents and 201 invention patents for automotive MCU products, BYD Semiconductor said.

On May 11 BYD announced that its board of directors had agreed to spin off its holding subsidiary BYD Semiconductor to ChiNext, a NASDAQ-style subsidiary of the Shenzhen Stock Exchange, for listing.

After the spin-off is completed, BYD's shareholding structure will not change and it will maintain control over BYD Semiconductor, the company said.

BYD Semiconductor will focus on automotive semiconductors in the future and promote the development of semiconductor businesses in industrial, home appliance, new energy, consumer electronics and other fields, and is committed to becoming a new type of efficient, intelligent and integrated semiconductor supplier, the company said.

BYD said the spin-off will help BYD Semiconductor to enrich its capital strength, grasp the opportunity of the rise of China's semiconductor industry, establish an independent capital market platform and market-based incentive mechanism, and help the business to become stronger.

BYD to spin off semiconductor business for A-share listing