In April, China's power battery installations were 8.4 GWh, down about 7 percent from March and up 134 percent year-on-year, according to data released Wednesday by the China Automotive Battery Innovation Alliance. 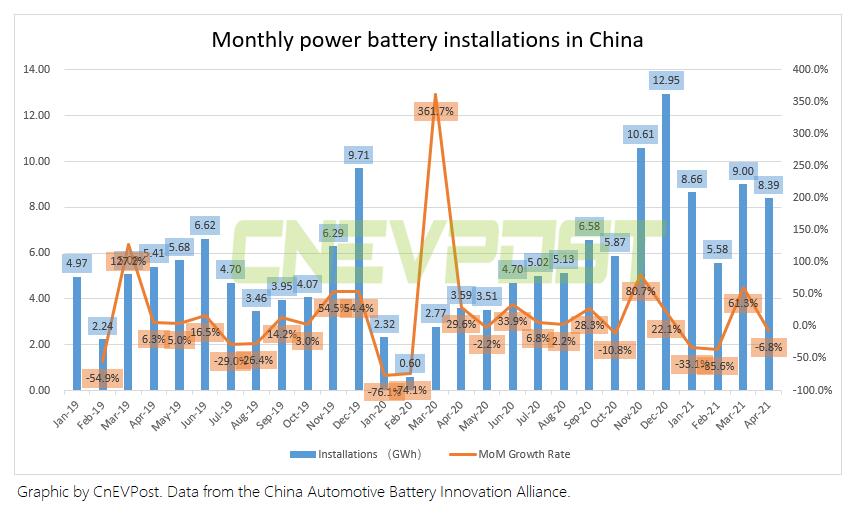 In April, the top 10 power battery companies had a total installed base of 7.8 GWh, together accounting for over 90 percent of the market share.

CATL remained in the first place, with an installed base of 3.82 GWh in April and a market share of 45.5 percent.

Notably, this is the first time CATL's market share has fallen below 50 percent this year, a new low since July last year. 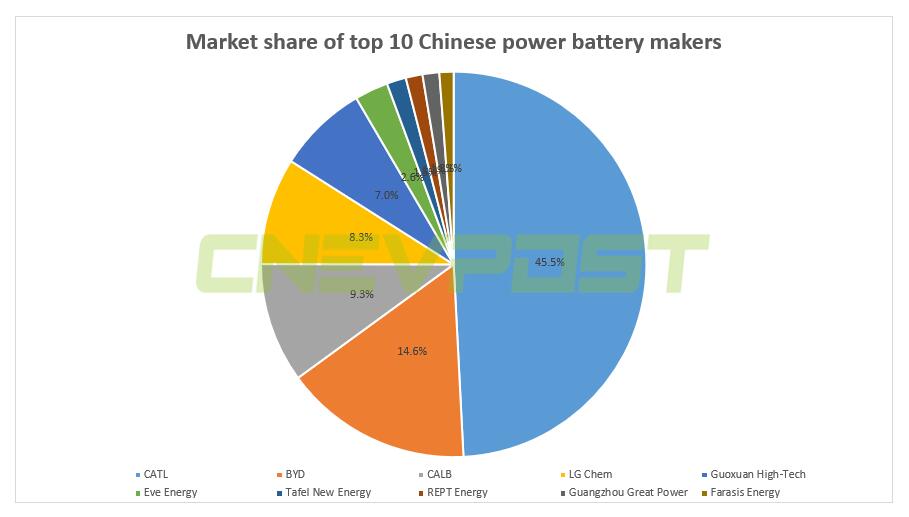 In terms of production, China's power battery output totaled 12.9 GWh in April, up 173.7 percent year-on-year and 14.6 percent from March.

Ternary battery production in April was 6.7 GWh, accounting for 51.9 percent of total production, up 134.3 percent year-on-year and up 15.1 percent from March.

Lithium iron phosphate battery production was 6.2 GWh, accounting for 47.9 percent of total production, up 235.4 percent year-on-year and up 13.7 percent from March.