Tesla has entered the spotlight because of a female owner's protest at the Shanghai auto show. Subsequent reports hinted that NIO may have been behind the drama, and now the president of NIO has responded to the allegation.

On April 26, rumors surfaced that the female owner was traveling in an NIO vehicle on the first day of the show and that she was the same Model X owner who had complained about Tesla four years earlier. Today she is the NIO owner nicknamed Qijie.

Qijie later responded on the NIO App that the female owner was not her and expressed sympathy for the owner.

Qin Lihong, co-founder and president of NIO, said in the comment section of her clarification content that seeing such news was really angry and amusing. 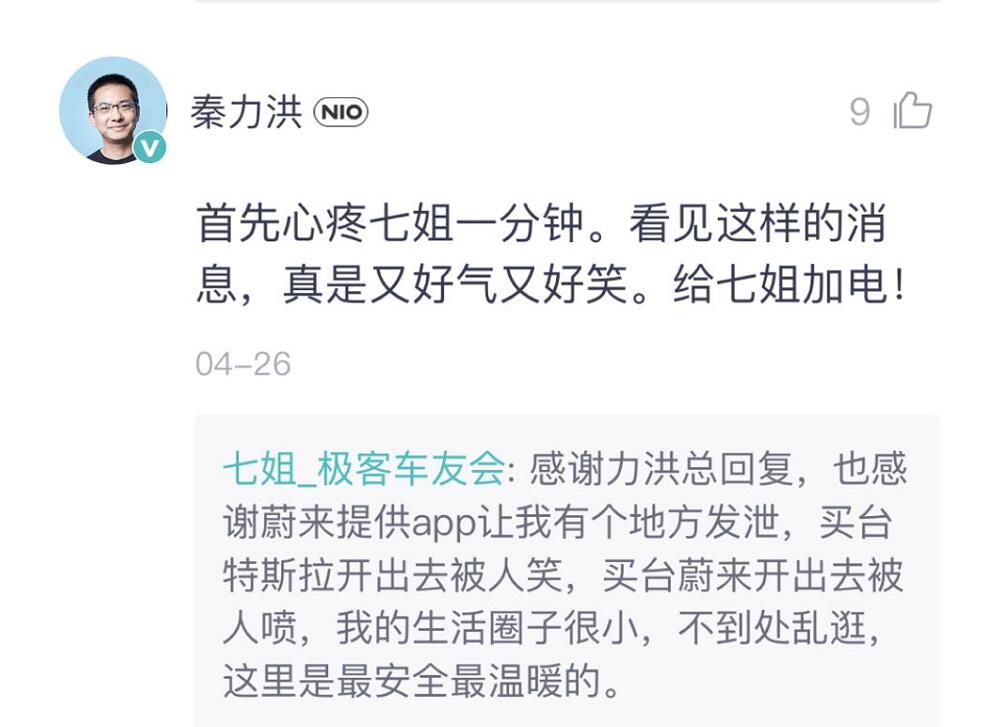 It was also previously rumored that the female Tesla owner entered the show on press day with a work ID from the auto parts company Webasto, one of whose customers is NIO, suggesting that NIO may have had a connection to the incident.

Webasto was also forced to respond that, for normal business purposes, the company provided a single day pass to some of the media attending the press day at Auto Shanghai 2021. The single-day pass had to be activated by the actual user with their own information.

The Webasto media day credentials held by the female Tesla owner were passed on to her by someone else, the company said.

The woman's credential was given by a well-known blogger in the automotive field, the Beijing News quoted an unnamed source familiar with the matter as saying. As for who the blogger was, the source did not disclose.

In fact, Webasto is an innovative systems partner for many global automakers and is one of the Top 100 automotive parts suppliers in the world.

NIO is only one of Webasto's customers, while Tesla has no cooperation with Webasto.