Baidu Apollo recently said it will participate in the Shanghai auto show as an independent exhibitor for the first time, starting April 19, to showcase its smart car solutions.

Apollo says its high-accuracy maps have held the number one market share for many years and are the choice of Honda, GAC, Great Wall Motor, BAIC, NIO, and WM.

Baidu Apollo says its smart cockpit has been installed on more than 600 models of more than 70 car companies, achieving more than 1 million front-mounted mass production installations, and the number one share of the smart car market in 2020.

About half of the car companies exhibiting at the auto show are Apollo partners, it said. 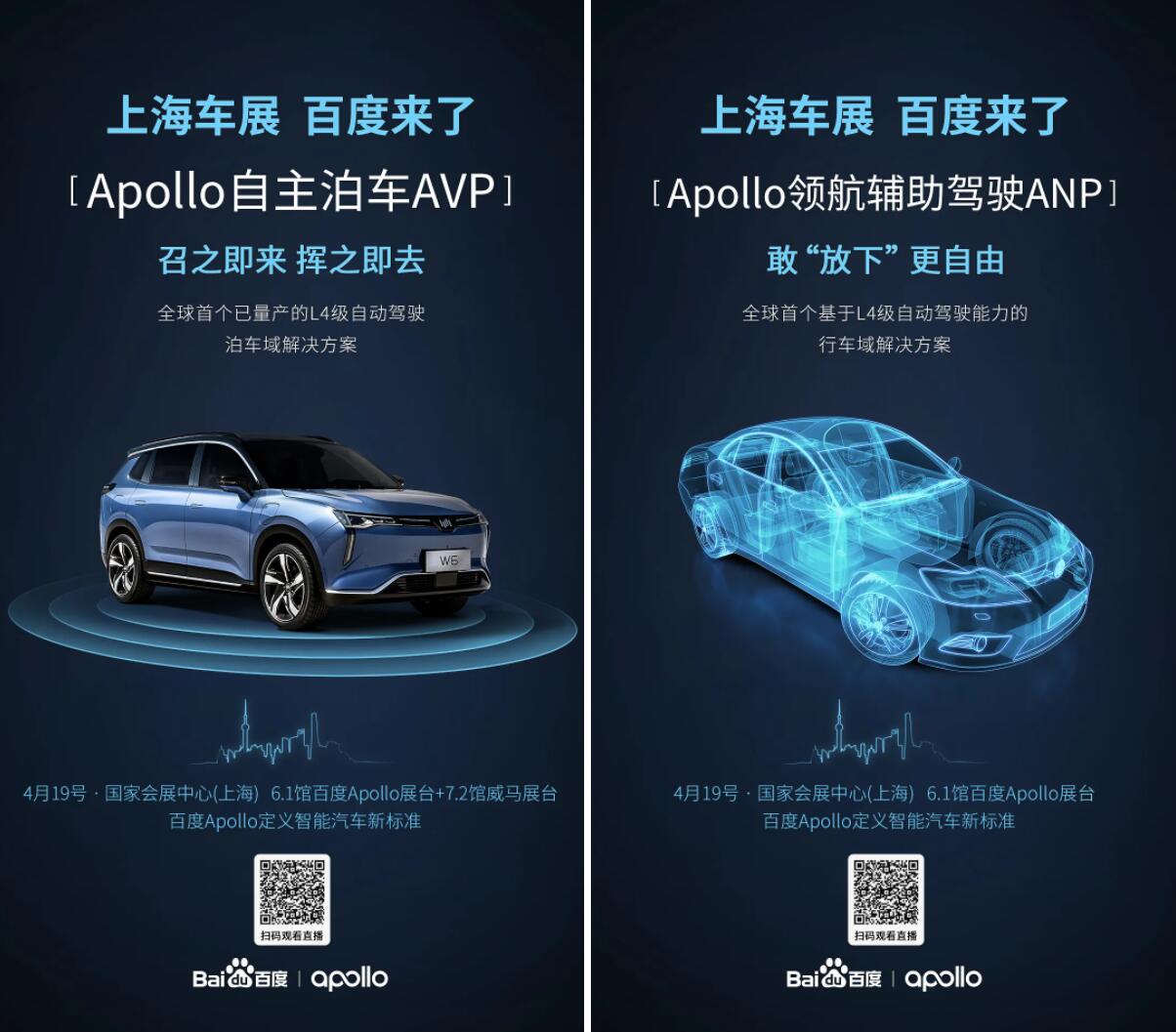 Join our Telegram group to be alerted the moment we publish an article: t.me/CnEVPost
#Apollo#Auto Show#Baidu#Baidu Apollo#Self-driving#Shanghai Auto Show
0
Comments (0)