Chinese tech giant Baidu's autonomous driving platform Apollo has received a toll operating license in Cangzhou City, Hebei Province, marking the move from testing to commercial use on the first open road network across the downtown area in China.

In the future, Baidu Apollo can explore the tolling mechanism by including discount offers, issuing experience coupons, and voluntary payment by riders.

According to the regulations issued by Cangzhou on December 31, 2020, testing subjects applying to carry out driverless testing need to meet three preceding conditions: a cumulative testing mileage of more than 50,000 km on open roads, the testing mileage of each unit exceeds 10,000 km, and no incident of traffic accidents or loss of control conditions.

As of March 1, 2021, the total mileage of Baidu Apollo's Cangzhou self-driving fleet testing has reached 524,696 km, with an average testing mileage of 17,490 km for each unit, without traffic accidents or loss of control, meeting the criteria for applying for driverless testing in Cangzhou.

Up to now, the Baidu Apollo's testing fleet has reached 500 vehicles and has been tested on open roads in nearly 30 cities around the world, with a total test mileage of over 7 million kilometers.

Baidu's driverless ride-hailing service Apollo Go is now fully open in Beijing, Changsha, and Cangzhou, receiving more than 210,000 passengers and plans to expand to 30 cities in the next three years.

On December 7, 2020, Baidu Apollo received a license for driverless road testing (Phase 1) in Beijing, making Baidu the first and only company allowed to conduct open road driverless testing in China'scapital.

On January 27, 2021, Baidu Apollo was granted a California driverless testing permit, announcing that it will focus on driverless road testing in the United States.

Cangzhou is already at the forefront of Chinese cities in autonomous driving development, being the first city in northern China to conduct autonomous driving manned tests and having the third-largest network of intelligently networked test roads in the country. 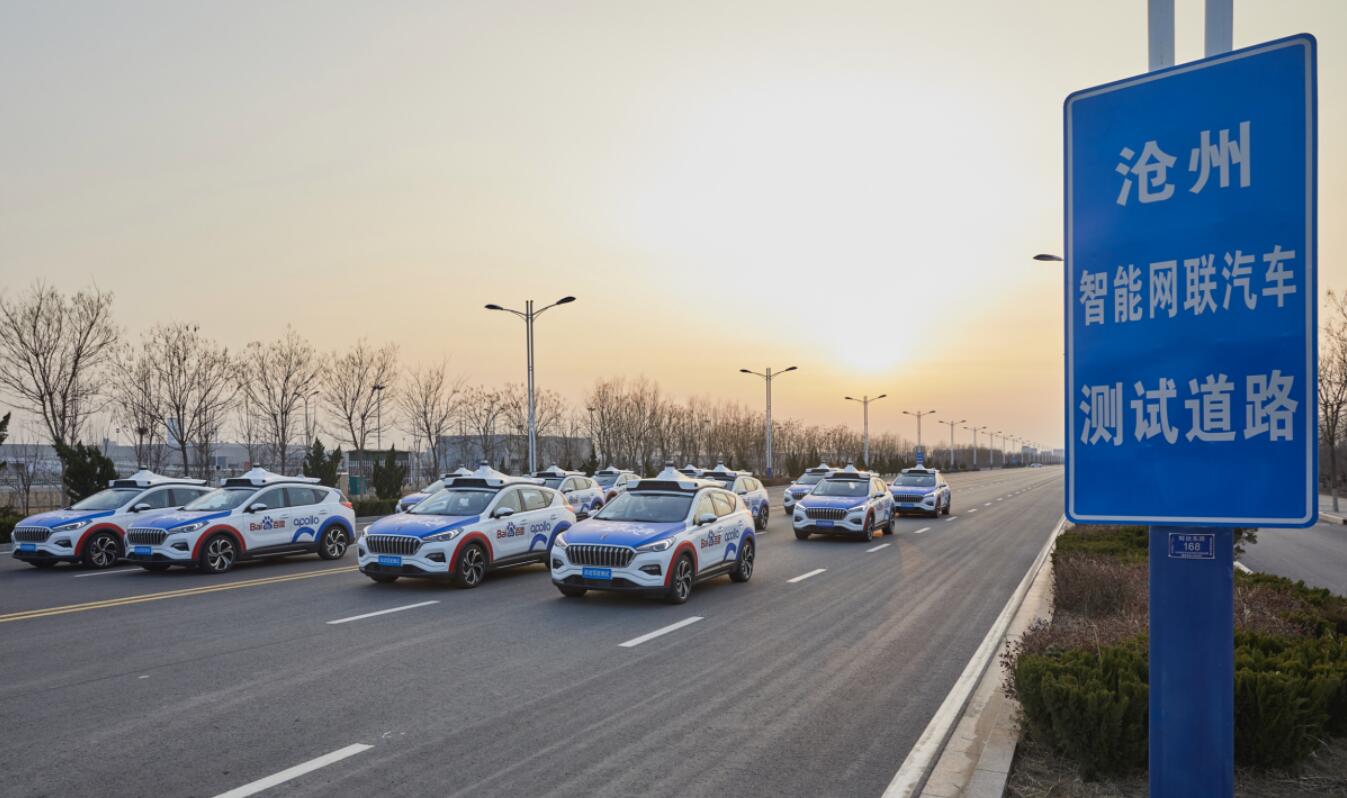