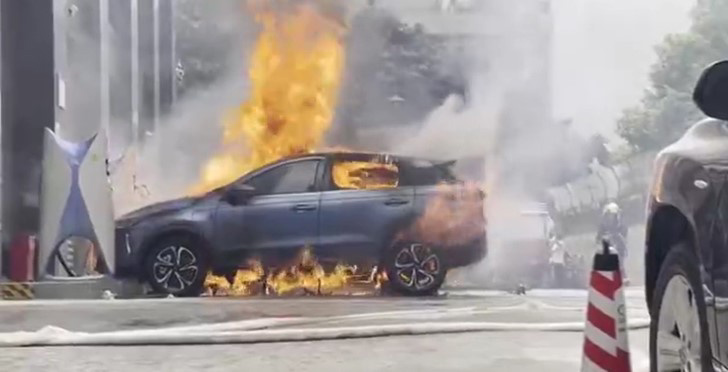 Just hours before XPeng Motors unveiled its new LiDAR-equipped sedan on Wednesday, a G3 SUV from the brand spontaneously combusted at a charging station, becoming the company's latest embarrassment.

According to local media outlet Nanfang Plus, on April 14, outside the parking lot of the Guangzhou Mayor's Building, the chassis of a new energy vehicle that looks like the XPeng G3 caught fire and emitted a large amount of white smoke.

XPeng then confirmed to the media that the vehicle was indeed an XPeng brand and that the after-sales team had rushed to the scene to help the user.

Other vehicles and people at the scene are safe, and XPeng's team is investigating the cause of the vehicle accident, and the matter is being further processed, XPeng said, according to the report.

This is the latest vehicle spontaneous combustion accident to hit XPeng.

In August last year, an XPeng G3 caught fire in Guangzhou, and the preliminary investigation showed that the battery box bottom had obvious serious knock marks and the battery was severely damaged leading to the fire.

In February this year, an XPeng P7 burst into flames in Minhang District, Shanghai. As of now, the cause of the accident has not been determined.

XPeng said the car features Livox-supplied HAP LIDAR on both sides of the front end, in addition to five millimeter-wave radars, 12 ultrasonic radars, and 13 cameras on the body. 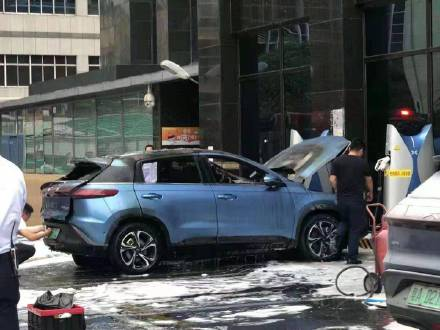