Hongguang Mini EV sales up 130% in March from February to record 39,745 units

It was the model's highest monthly sales since its launch last July, breaking the previous record of 36,762 units in January of this year. 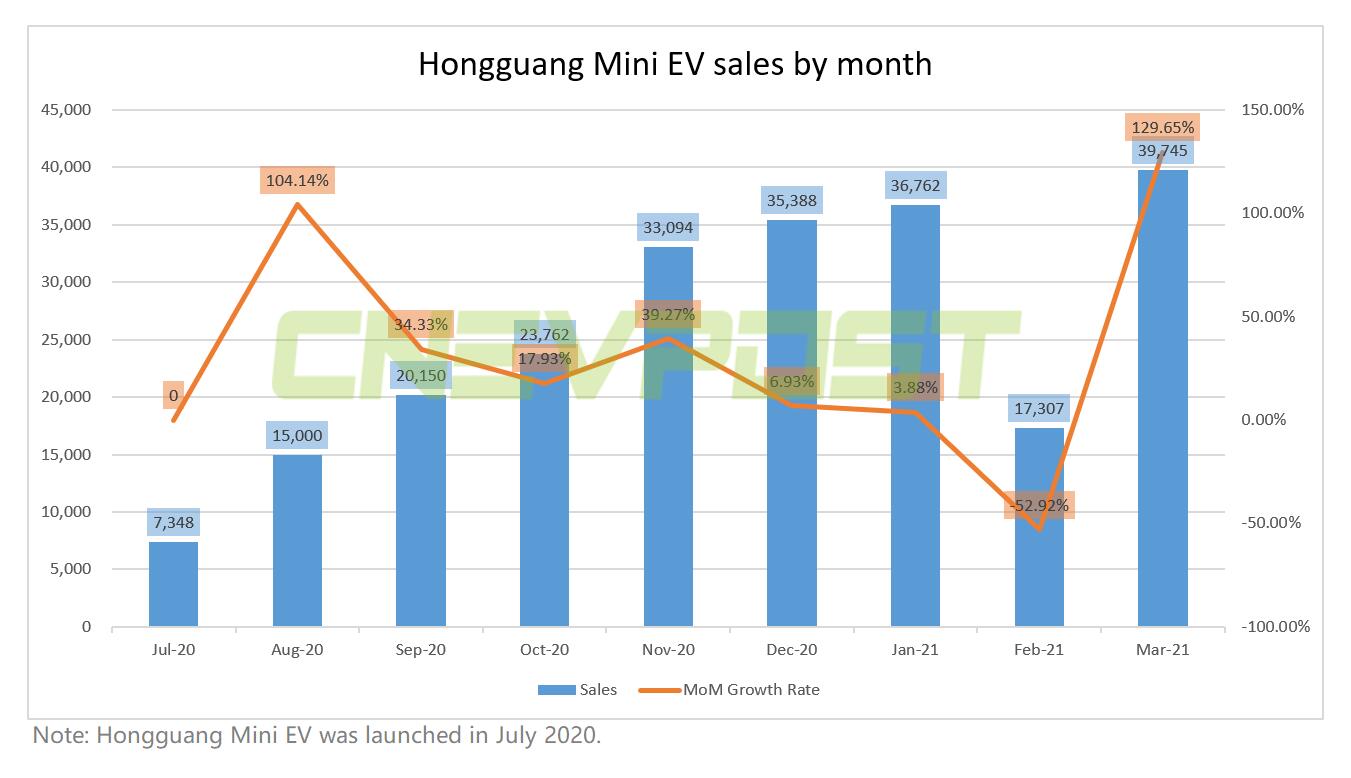 Separately, production of the Hongguang Mini EV reached a record high of 40,084 units in March, according to data released by the China Passenger Car Association (CPCA).

On April 8, the upgraded Hongguang Mini EV Macaron was launched, with two models priced at RMB 37,600 and RMB 43,600 respectively.

The new models are about 10,000 RMB higher than before, but they have upgrades in exterior, interior, intelligence, and safety.

Tesla China sales reached 35,478 units in March, up 94 percent from February and 249 percent from a year ago, the CPCA data released Friday showed.

Model 3 sales in March reached 25,327 units, up 85 percent from February and 149 percent from the same month last year.