Xiaomi confirms launch of electric car business, to invest $10 billion over next decade

After months of rumors, Chinese smartphone giant Xiaomi has finally confirmed the launch of its electric car business, joining the increasingly booming market.

Xiaomi's board of directors has approved the creation of a smart electric vehicle business, the smartphone giant said in an announcement on the Hong Kong Stock Exchange on Tuesday, adding that it plans to set up a wholly-owned subsidiary to handle the business.

The subsidiary will have an initial investment of 10 billion yuan ($1.5 billion) and is expected to invest $10 billion over the next 10 years.

Lei once wrote on his WeChat account that he was curious about Tesla, whose market value had risen sevenfold in a year to more than $20 billion at the time, and the smart electric car industry in which it operates.

The most popular sector in the market today is smart electric vehicles, and the report says that NIO, for example, which is only six years old, now has a market capitalization of $85.6 billion, only about 6 percent less than Xiaomi's $91.1 billion.

In late February, Lei had an appointment with NIO founder William Li to consult on a car build, the report said. 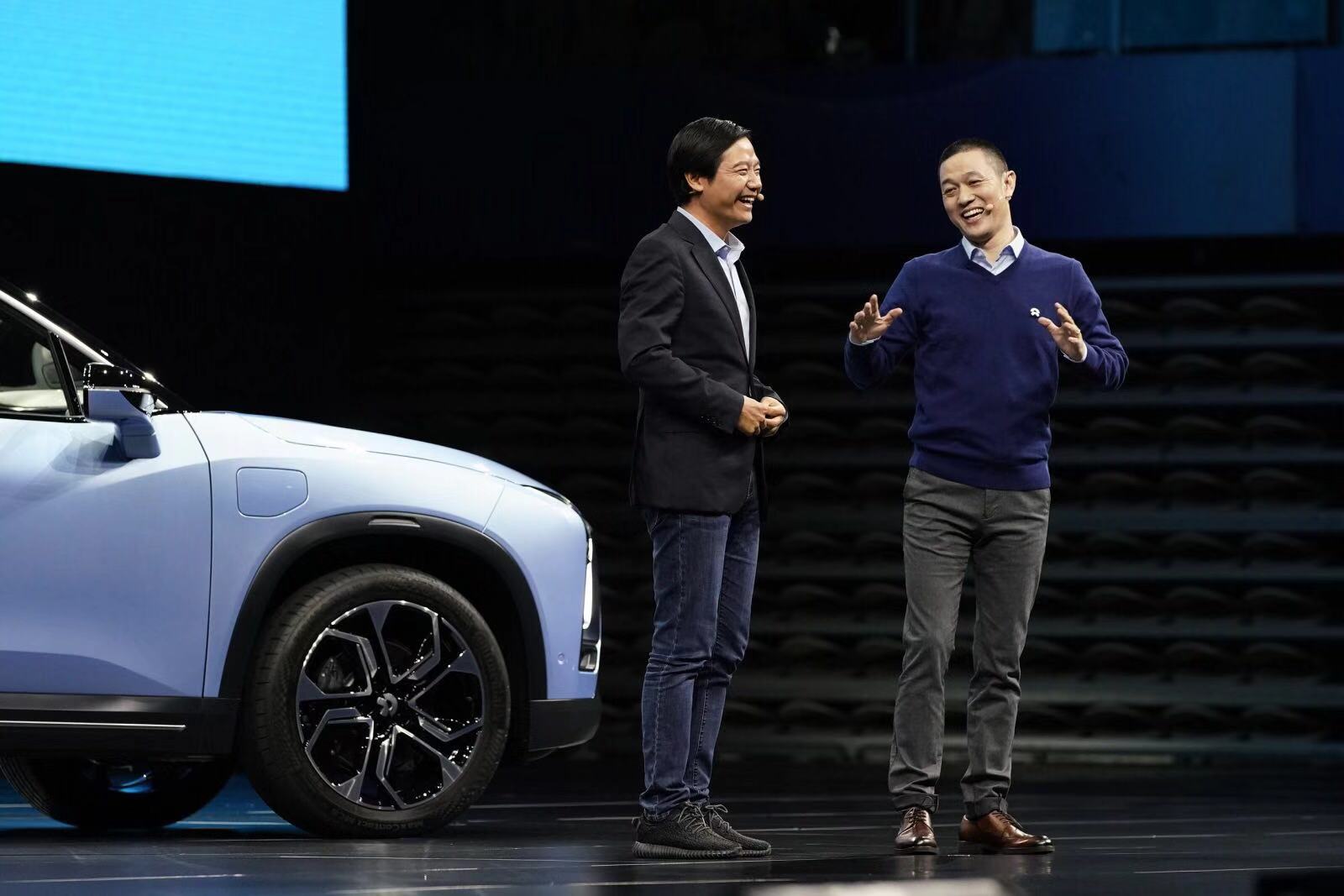 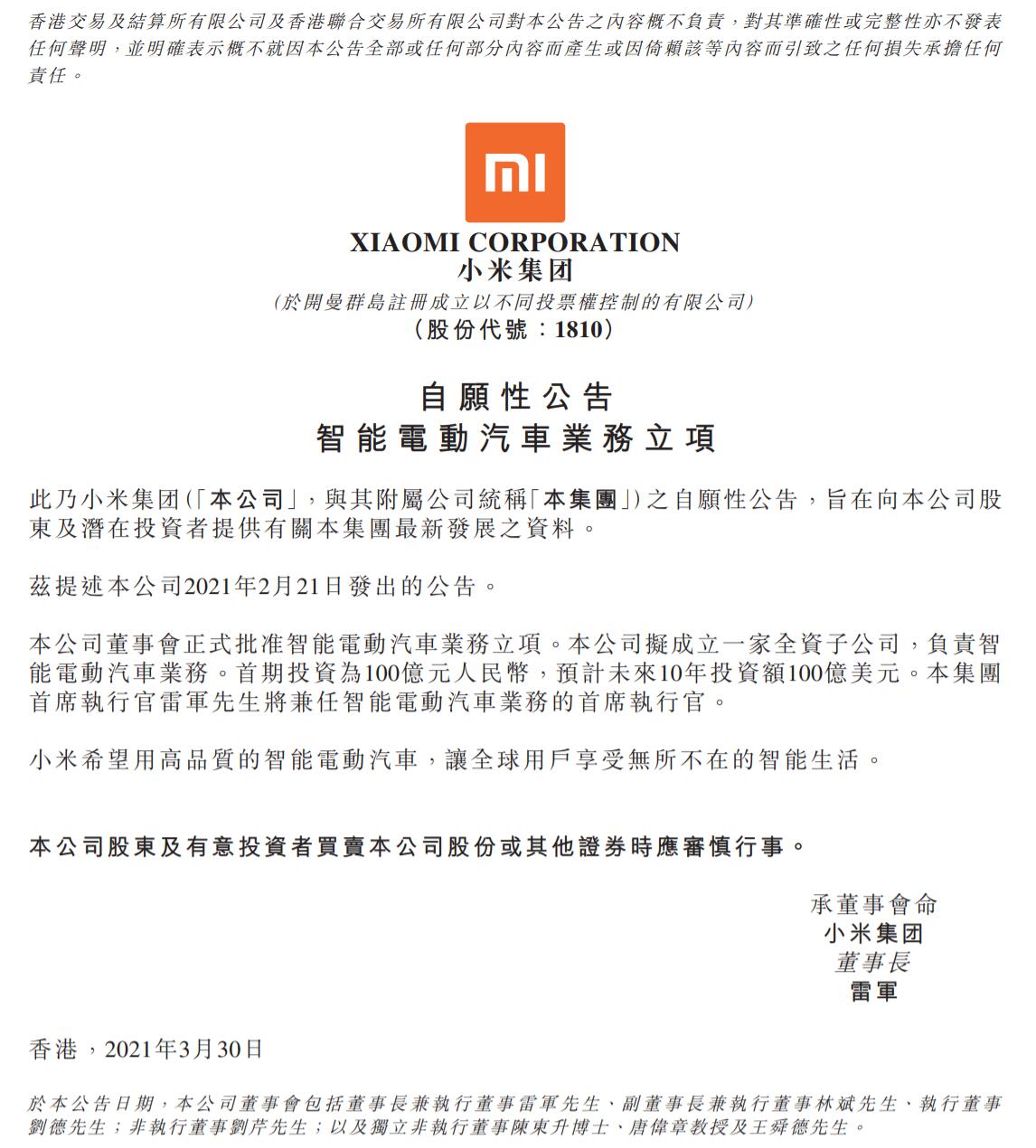