A photo showing an XPeng P7 equipped with three LiDARs began circulating online Saturday, drawing the interest of many in the automotive industry.

The car, a flagship sedan of Chinese electric vehicle maker XPeng Motors, is equipped with a LiDAR on the roof mount and one on each side of the front end, the image posted by Weibo user @理想嘉-大D shows.

The LiDAR on the roof is from RoboSense and the LiDAR on both sides of the front of the car may be from Livox Tech, the user said, adding that they may be used on the new XPeng sedan P5 that will go on sale later this year. 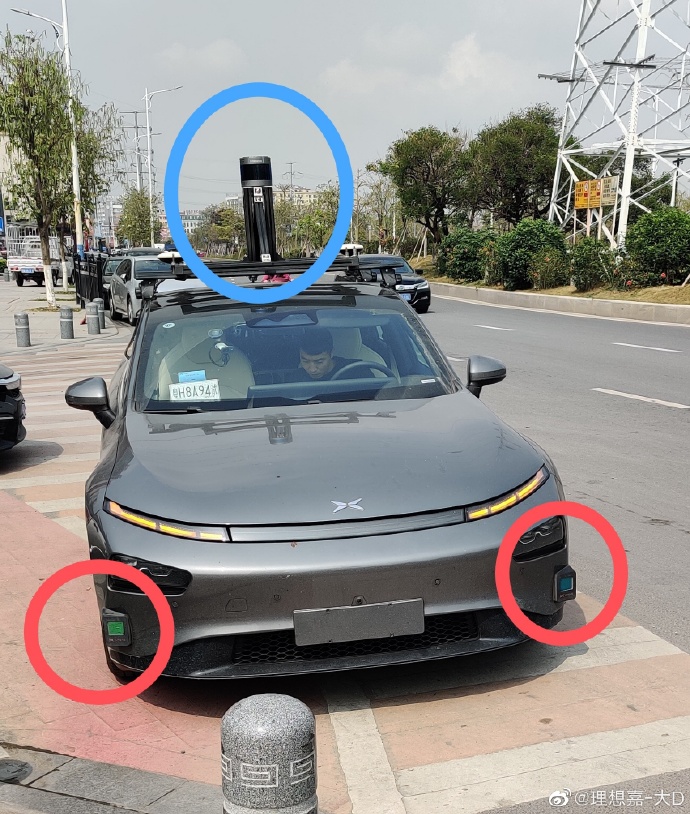 XPeng previously said it would release a compact sedan in the second quarter, positioned below the P7, which would be the world's first LiDAR-equipped model.

Rumors suggest that the entry-level P-series model, called the P5, will be mass-produced in October and delivered in the fourth quarter of this year for a price tag of RMB 150,000 ($23,033).

The car will be available in both high and low-range models, with an expected range of 450-600km at NEDC conditions.

RoboSense's RS-LiDAR-32 lidar has a vertical resolution of up to 0.33°, facilitating precise detection of driving direction information.

It uses a rotational detection method with a maximum speed of 1200rpm to obtain basic 3D spatial information.

The Livox LiDAR is a square design and supports detection at distances up to 450m with an accuracy of up to 2cm.

The product can be used not only for self-driving vehicles but also for power mapping, etc. It is priced at RMB 9,999.

Join our Telegram group to be alerted the moment we publish an article: t.me/CnEVPost
#LiDAR#Livox#XPeng#XPeng P5#XPeng P7
0
Comments (0)