Chinese automaker Geely has signed an agreement with the government of Ganzhou City, Jiangxi Province, to invest RMB 30 billion ($4.61 billion) in a power battery project with a design capacity of 42 GWh per year.

The first phase of the project will have an annual capacity of 12 GWh, with an investment of RMB 8.5 billion yuan and 500 mu of land (around 33.3 hectares).

Ganzhou Mayor Xu Nanji said that the city will make every effort to promote the implementation of the agreed matters and provide the most favorable policies for the construction and operation of the project.

According to the 2020 sales figures released by Geely, Geely's new energy vehicle sales were 68,100 units, a sharp decline of 66% year-on-year.

Geely's new energy car sales are lower than sales of other traditional car companies and lower than those of NIO, Leap Auto's. 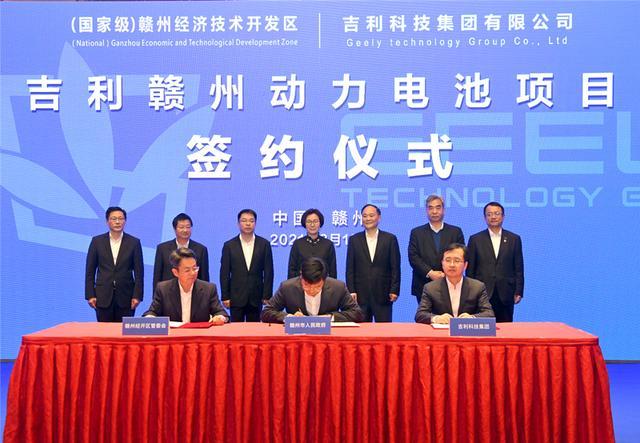