Chinese smartphone maker Xiaomi has officially clarified, though not explicitly denied, reports of its entry into the car-making industry.

"The Group has been following the development of the electric vehicle ecology and has been conducting continuous assessment and research on the relevant industry dynamics," the announcement said.

Chinese media outlet LatePost said Friday, citing multiple sources, that Xiaomi has decided it will build a car and sees it as a strategic-level decision.

The exact form and path for Xiaomi to build a car has not yet been determined and may still be subject to change, the report said.

The report cites a person familiar with the matter as saying that Xiaomi's project to build a car will likely be handled by Xiaomi Group founder Lei Jun himself.

The most popular sector in the market today is smart electric vehicles, and the report says that NIO, for example, a six-year-old investment by Lei's Shunwei Capital, currently has a market capitalization of $85.6 billion, only about 6 percent less than Xiaomi's $91.1 billion.

Xiaomi responded to the Securities Times on Friday, saying, "No comment for now, please wait for the company announcement." 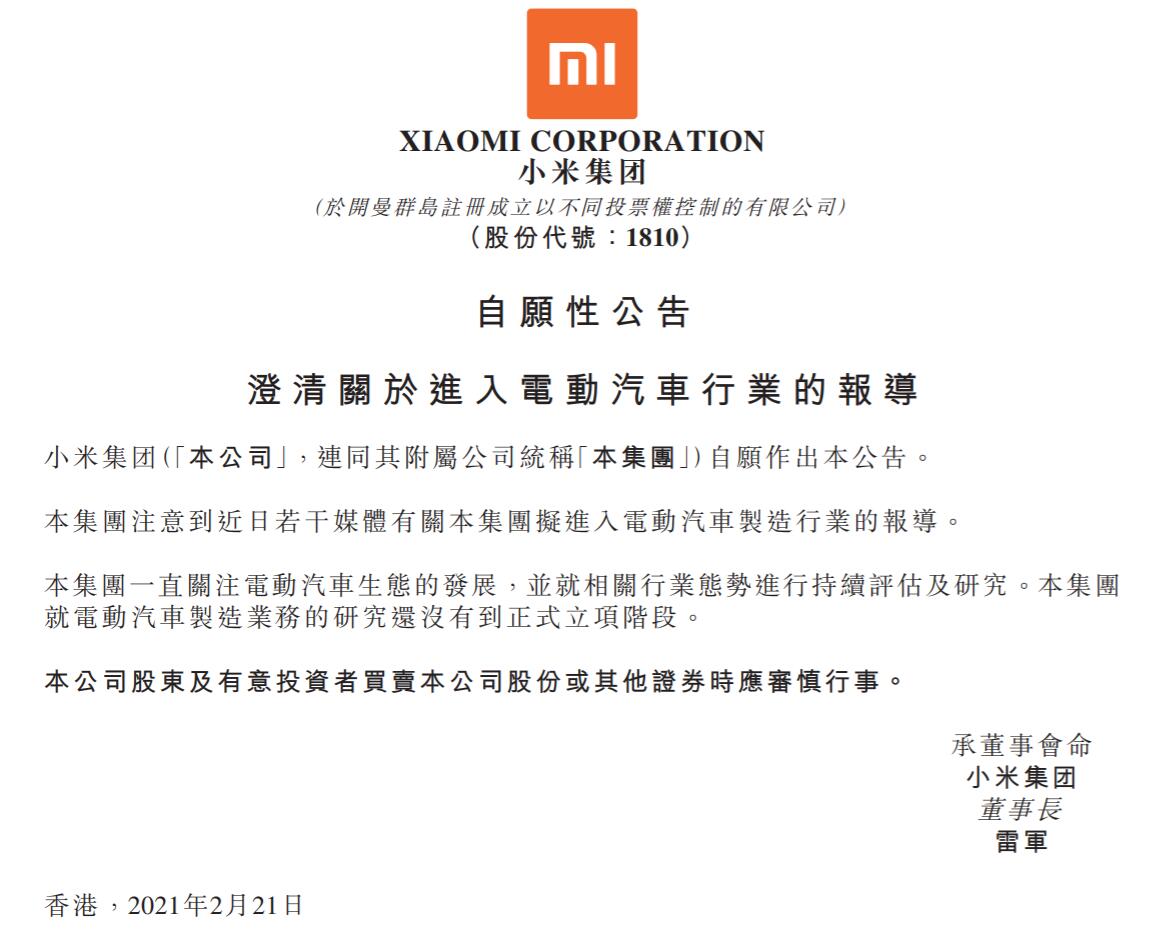 (A screenshot of Xiaomi's announcement) 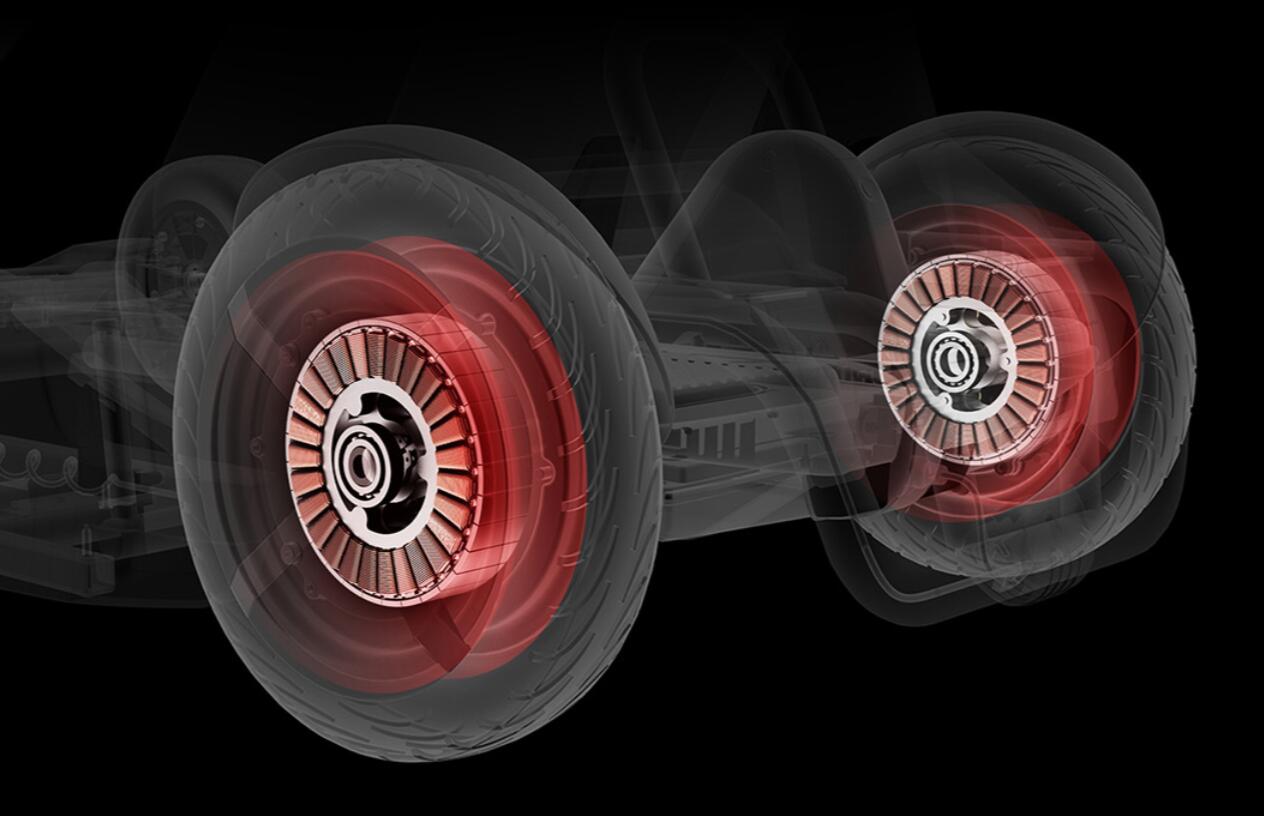