During his childhood, the young man who lived with his grandparents until the second grade could never have imagined that he would one day be able to build China's first local high-end car brand, NIO, in the future.

In Li's hometown, cattle are an important tool of production, and his grandfather used to buy cattle in poor conditions at low prices, raise them at home and sell them to earn a living.

During the season when he didn't need to sell cattle, his grandfather would buy liquor and tobacco from Jiangsu and distribute them to the village farmers when he returned.

Li helped collect the money and keep the books. Looking back on that experience, Li once said, "Grandpa taught me the simplest philosophy of business."

Nearing graduation from junior high school, Li was faced with the first critical choice in his life: whether to attend a professional technical school or a regular high school.

In the early 1990s, a professional-technical school degree was more practical than a high school. Graduates of professional technical schools could go straight to work and thus support their families. But it also meant that there would be no chance of going to college. 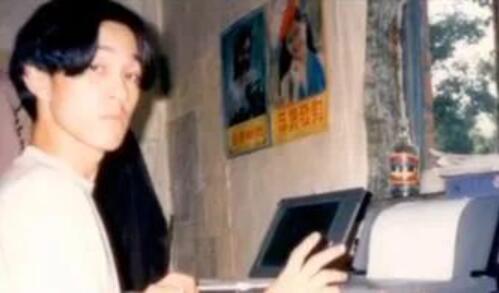 Eventually, Li chose the latter, and after high school successfully entered Peking University, which is known in China as the best university in China along with Tsinghua University.

Li majored in sociology and minored in law. He also studied computer programming in his spare time and worked extensively on a part-time basis, "holding more than 50 jobs during his college years." 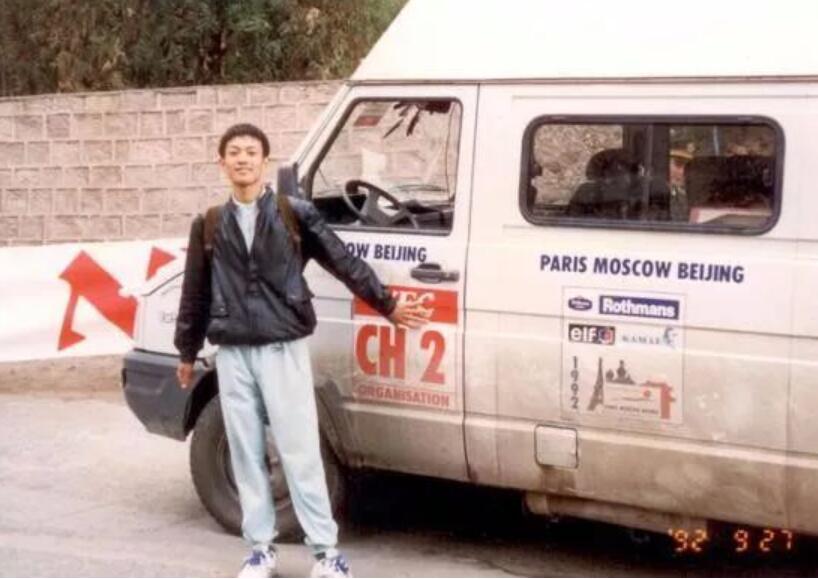 In 1996, fresh out of college, Li set up a company called Nanji Technology.

The following year, he co-founded what was then known as Kewen Shuye Information Technology, the predecessor to Dangdang.com.

However, he left Dangdang.com after only a year because he wanted to do something big - start a company like eBay, but Li chose the direction of automobiles.

In 2000, he launched BitAuto, a car website that provides users with car-related information and services, and received $9.5 million in investment. 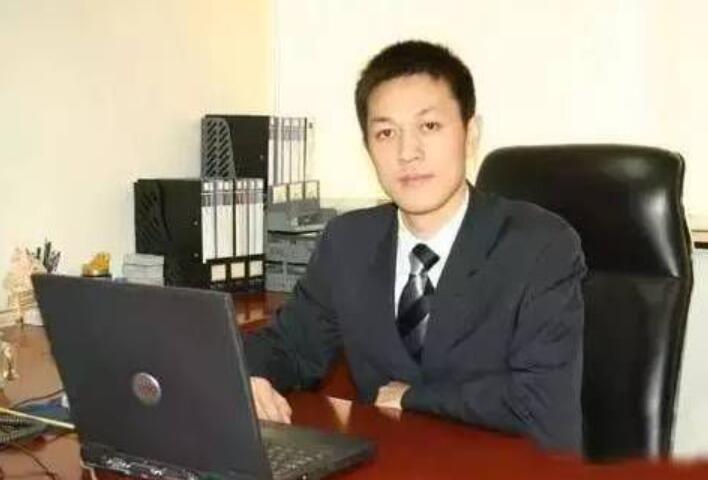 In 2001, the Chinese government first encouraged cars to enter residential households and advocated the development of economical cars.

Subsequently, the market for family cars of around RMB 100,000 ($12,100) swelled rapidly, and the increasing number of car products made many Chinese people unsure how to choose. This also became an opportunity for BitAuto to grow rapidly.

But in that year, the US Internet bubble burst, and BitAuto could not escape the doom.

By the bottom of BitAuto's fate, the company was left with seven people. For the next few years, Li earned money by writing code and making websites for others.

In 2003, Chinese web portals started to come back from the dead.

To avoid competing with the portals, Li did not make BitAuto an informational website.

The portals were not willing to serve car dealers, so Li collected information about these dealers, organized them into an information database, and provided it to the portals for use.

With more and more resources, many companies and websites came to him to discuss cooperation. Car dealers began to pay membership fees to BitAuto, and BitAuto began to have cash flow again.

In 2010, BitAuto was listed on the New York Stock Exchange, becoming the first Chinese auto-related Internet company to be listed overseas.

In 2010, an electric car company called Tesla became the second car company to go public in the US after Ford in 1956, in Silicon Valley, where manufacturing was not well developed.

In 2013, Tesla's market capitalization had exceeded $10 billion. At the time, Li was also thinking about what to do next that made more sense.

In April 2014, Musk came to China to deliver the keys to Tesla to the first owners in China.

Many people began to realize at this time that an era of new energy vehicles, full of unlimited imagination, was coming.

In November 2014, Li, who had been "teaching people how to buy cars", decided to start building cars himself, and NIO was born.

When NIO was founded in 2014, it had a team of luxury investors, including Pony Ma from Tencent, Liu Qiangdong from JD.com, Lei Jun from Xiaomi, and Zhang Lei from Hillhouse Capital.

With a large amount of capital, NIO has tapped industry veterans who have worked at Mazda, Maserati, Motorola, Cisco, etc.

In order to acquire the technical team, NIO wholly acquired IAT Automobile Technology and recruited more than 200 automotive engineers to its team.

At that time, China's new energy vehicle market was still a blue ocean, and whoever could be one step ahead could seize the first opportunity.

In April 2016, NIO signed an OEM contract with JAC Motors. Not long after, NIO's first electric supercar EP9 was unveiled.

On October 12, 2016, NIO EP9 set the electric car lap time record of 7 minutes and 05 seconds at the Nürburgring Nordschleife in Germany.

On February 23, 2017, the NIO EP9 set another record of 257 km/h at the Circuit of the Americas in Austin, Texas, becoming the fastest electric car in the world.

The first batch of NIO EP9 is limited to only 6 units worldwide, and the owners are William Li, founder of NIO, Zhang Lei, founder, and CEO of Hillhouse Capital, Pony Ma, founder of Tencent, Liu Qiangdong, founder of JD.com, Lei Jun, founder of Xiaomi, and Li Xiang, founder of Autohome and Li Auto.

At the end of 2017, NIO released the ES8, its first mass-produced electric car.

At the ES8 launch NIO Day, NIO spent RMB 80 million to charter 8 planes, 60 high-speed rail cars, 19 five-star hotels, and 160 buses to invite a large number of investors, media, and 5,000 intended users to the event. While this brought the event to widespread attention, it also drew controversy for NIO's massive money burning.

On September 12, 2018, NIO successfully landed on the New York Stock Exchange in the United States. On the first day of the opening, NIO invited 12 owners to ring the bell in front of the exchange. At that time, everyone had a big smile on their faces, but they did not know that a crisis was brewing quietly.

2018 was the first year that NIO began deliveries, but a number of vehicles were delivered in the second half of 2018 or even at the end of the year.

As we entered 2019, NIO spontaneous combustion incidents occurred one after another in Xi'an, Shanghai, Wuhan, Shijiazhuang and other places.

Although NIO reacted quickly, announcing a recall of some of the cars in question and free replacement battery packs, these incidents hit an emerging car brand hard.

In March 2019, this subsidy for the new energy industry began to be withdrawn. At the same time, NIO's sales were declining, with only 3,989 units sold in the first quarter of 2019, just half of the 7,980 units sold in the previous quarter.

At the beginning of NIO, Li once said that if you don't have RMB 20 billion in your hands, don't think about making cars. But NIO still burned money faster than anyone expected.

In 2019, NIO lost RMB 11.3 billion, and the accumulated loss reached RMB 26.77 billion during the three years of its establishment.

NIO's stock once fell from $11 to $1.19 and was considered a company with no future.

People's praise for Li also quickly receded, and some media even called him "the most miserable person in 2019".

Li later said in an interview that money was tight and the company's cash flow could break at any time, a state that lasted for several months.

Although he raised money everywhere, no investors were willing to help.

Thankfully, NIO delivered more than 8,000 vehicles in 4Q 2019 in exchange for more than RMB $3 billion in cash flow, which helped the company survive the toughest period.

In this regard, Li has mentioned several times that he is grateful to the users for not giving up on NIO at that point in time.

Li's persistence finally paid off in 2020, when NIO received RMB 10 billion investment from the Hefei city government. Subsequently, NIO received another RMB 10.4 billion credit from 6 banks, and the funding problem was alleviated.

Despite being a billionaire, NIO founder still lives in a rented apartment

NIO's stock price has risen 10 times in 2020, with a current market capitalization of $90.1 billion, surpassing a number of established car companies such as BMW, Mercedes-Benz, and SAIC.

The number of NIO sales is now increasing month by month, and both financial and operational conditions are far better than they were a year ago.

In October 2020, NIO pushed the NOP feature to its users, which enables cars to automatically enter and exit ramps and overtake automatically. In the second half of the year, NIO spent all of the $1.7 billion raised from the stock issue on self-driving technology development.

Currently, NIO is accelerating the development of the second-generation technology platform for assisted driving, and the related self-driving computing chip has been on the agenda for a long time, and an industry-leading self-driving system may be available in the near future.

NIO is a microcosm of the development of new energy vehicle companies in China. With the support of policy and capital, even though its share price is considered to be in a bubble, this does not prevent a large number of institutional investors from continuing to be bullish on it.

It's too early to tell how far NIO will grow, but what is clear is that it has established a firm foothold in China's high-end car market. This is something that no local car company would have thought of before.