After liquidating its positions in NIO, XPeng Motors, and Li Auto, Hillhouse Capital has participated in the latest round of private placement by Warren Buffett-backed BYD, demonstrating the top private equity firm's continued interest in China's electric vehicle industry.

On February 17, Chinese financial media Zhitong Caijing cited sources as saying that Hillhouse spent $200 million to participate in the latest round of private placement by BYD Company Limited (01211.HK).

Hillhouse originally planned to participate in the subscription for a higher amount but did not receive a positive response from BYD, and the final amount was set at $200 million, the report said.

BYD did not confirm the news at the time, but on February 18, Li Yunfei, general manager of BYD's brand and public relations division, confirmed the news to nbd.com.cn.

Li also said: "We are grateful for and recognize Hillhouse's participation in this round of placement. We believe the combination of capital and advanced intellectual manufacturing will bring better development prospects to our company."

It is worth noting that Hillhouse has just liquidated its position in shares of Chinese new car makers NIO, XPeng, and Li Auto.

Hillhouse Capital, which liquidated NIO at its lowest point, re-bought big in Q3

BYD shares were down 2.6 percent in Hong Kong as of press time, amid a broad sell-off in electric car stocks. The company's shares have risen month 470% in the past year. 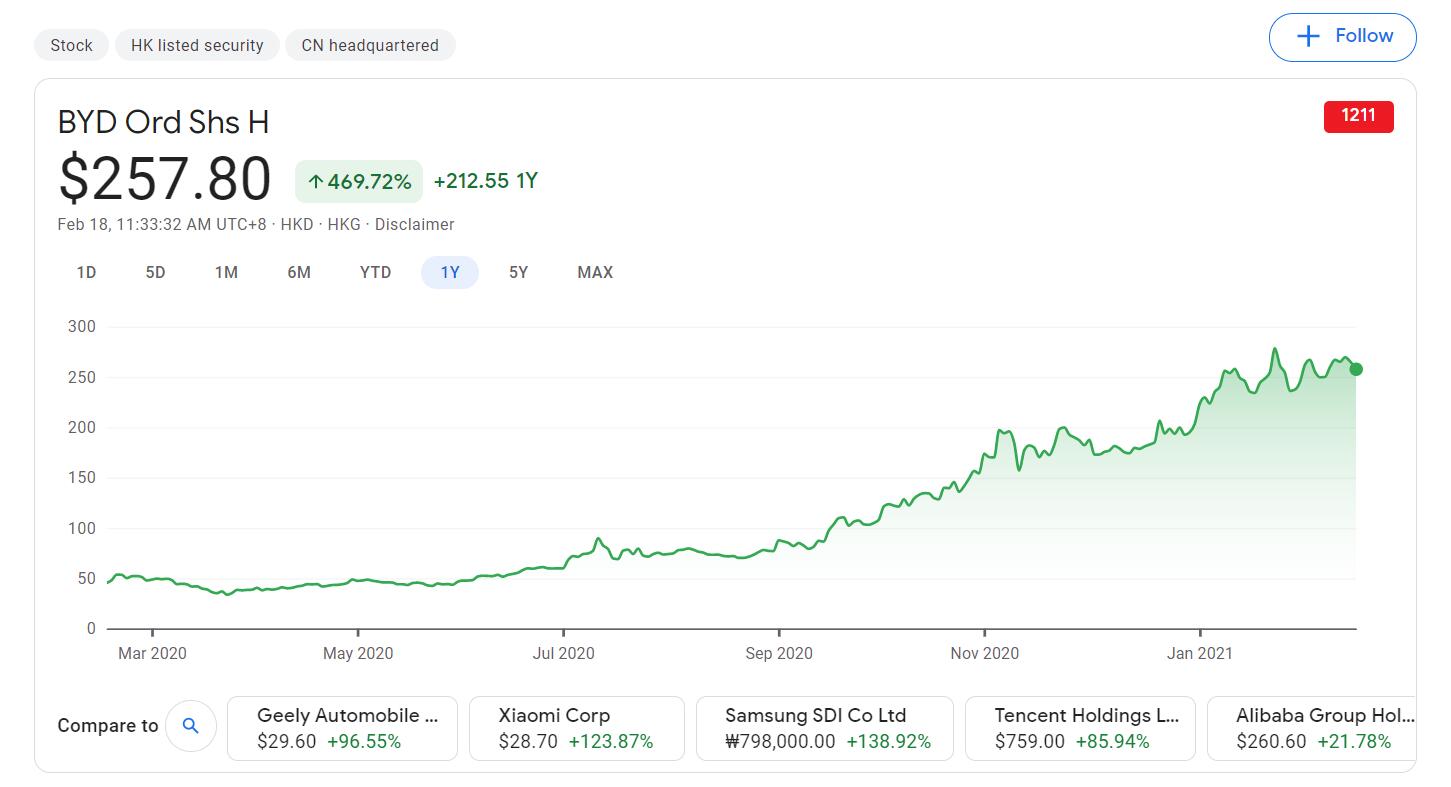 Goldman Sachs recently issued a report that raised BYD's price target significantly from $38 to $293, with a "neutral" rating.

However, it should be noted that BYD closed at HK$265.4 on the Hong Kong Stock Exchange Thursday. Goldman Sachs' generosity may just be its need to face reality and give BYD a reasonable valuation.

This means battery demand will grow at a compound annual growth rate of 18 percent over the next decade, the bank said.

The bank noted that BYD and CATL recently announced plans to accelerate capacity expansion, so the corresponding upward revision of their sales estimates, they are expected to dominate China's automotive battery market and to capture growth opportunities.