A number of asset management firms recently reported their positions for the fourth quarter of 2020, from which we can see how some of these giant whales moved in their NIO positions.

Those who bought NIO

Bridgewater Associates, the world's largest hedge fund, increased its holdings in NIO ADS by 391,200 shares in the fourth quarter, according to a 13F filing released on February 12.

It is also worth noting that Bridgewater continues to be bearish on Tesla despite the fact that the stock is one of the hottest investments in 2020 with a 743.44% gain for the year.

What we didn't notice before was that the Swiss National Bank, Switzerland's central bank, is also an investor in NIO.

That means the Swiss National Bank increased its holdings in NIO ADS by 799,940 shares, or 35.93%, during the fourth quarter.

French bank Natixis's 13F filing, published on February 12, showed that it bought NIO ADS shares for the first time in the fourth quarter.

Natixis' last 13F filing, published on November 12, showed that it did not hold any NIO ADS shares as of September 30.

Varma Pension Insurance Company, one of the largest private investors and among the largest earning-related pension insurance companies in Finland, bought into NIO for the first time in the fourth quarter.

The company's 13F filing on Nov. 4 showed it did not hold any NIO ADS shares as of Sept. 30 as well.

Those who sold NIO

Hillhouse Capital, which liquidated NIO at its lowest point in 2019 and re-bought big in the third quarter of 2020, has liquidated its position in NIO again.

In addition to NIO, Hillhouse also liquidated its positions in XPeng Motors and Li Auto.

During the fourth quarter, NIO rose 156%. 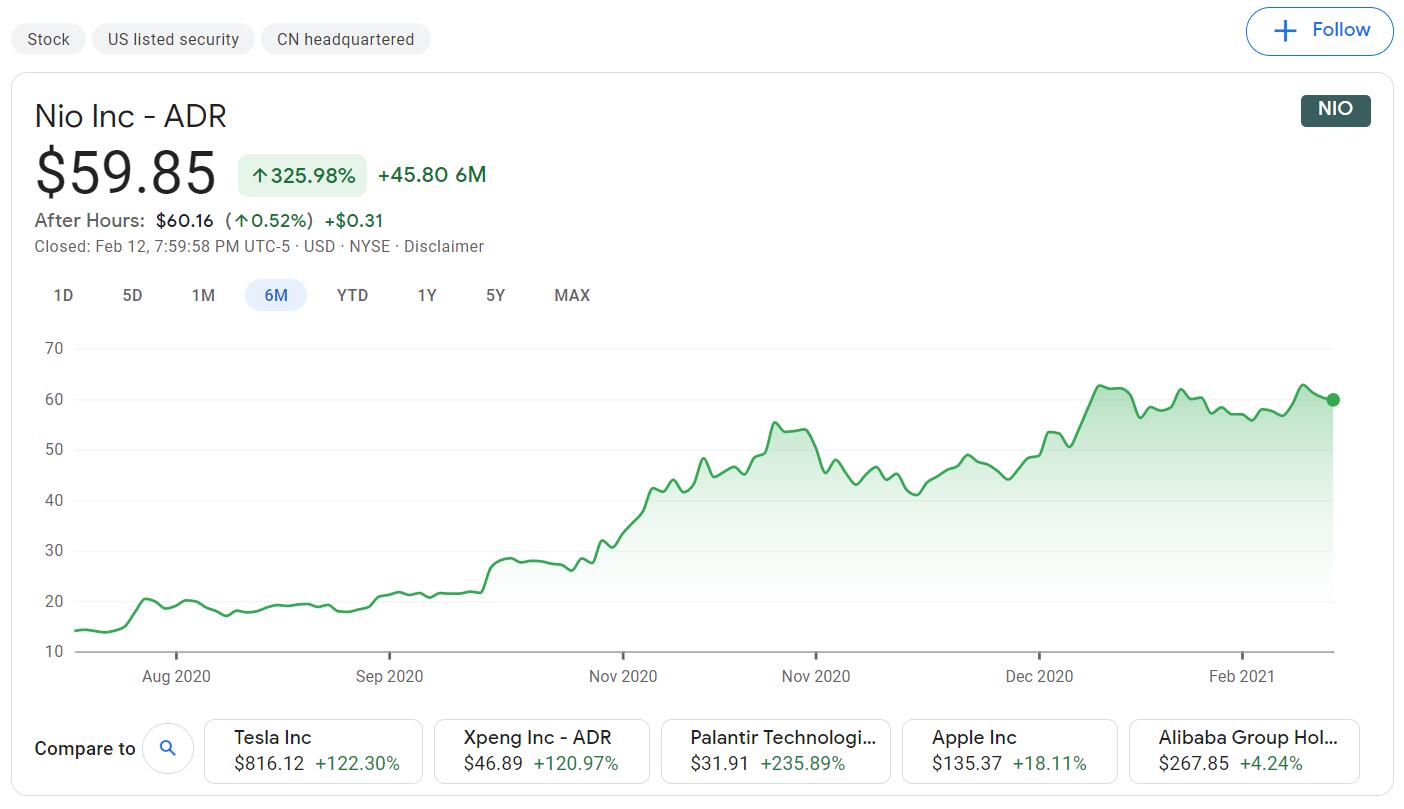