Chinese electric car maker Leapmotor said it delivered 1,522 new vehicles in January, down nearly 50 percent from December, due to a shortage of battery capacity. 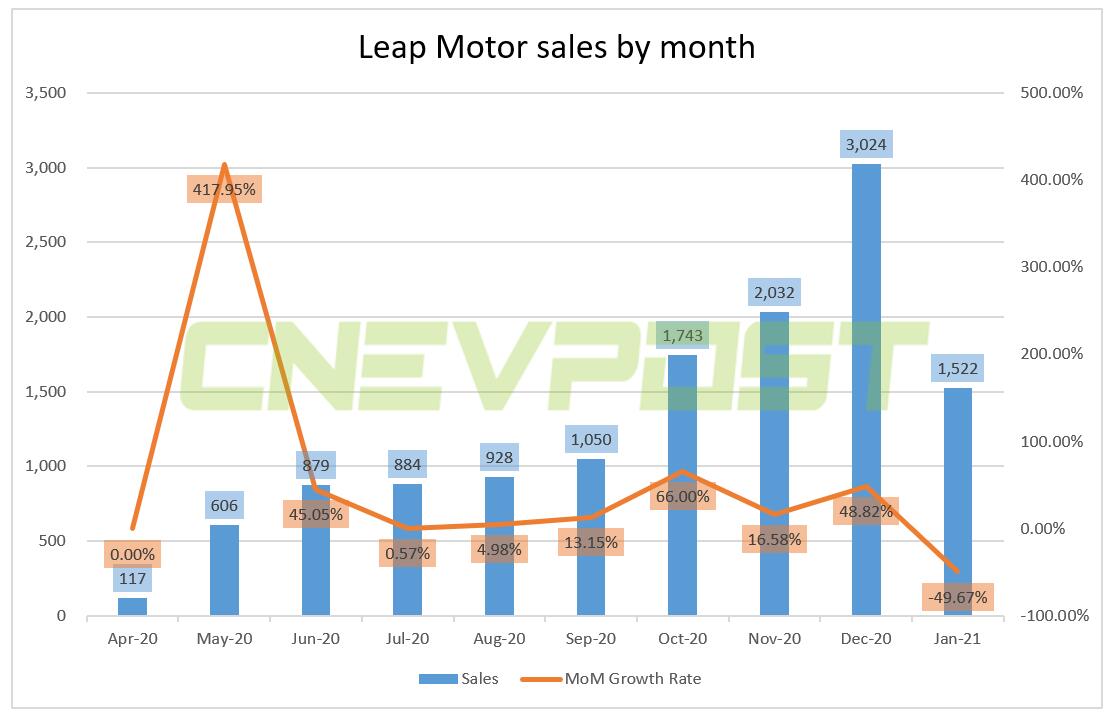 The company said it received 5,588 orders for the month, including 3,388 for the Leap C11, which has been available for pre-order since January 1.

The Leap C11 is positioned as a mid-level luxury SUV with a post-subsidy market guidance price of RMB159,800-199,800. However, due to the lack of production capacity, the Leap C11 delivery period was as long as 9 months.

It is worth mentioning that Leapmotor signed a strategic cooperation agreement with the Hefei government in January and completed an RMB 4.3 billion Series B financing, raising RMB 1.3 billion in excess.

Arlene Huang
Enjoys reading books, hiking and the occasional bike trip.
In Case You Missed It
China NEV insurance registrations in 4th week of Nov: BYD 38,480, Tesla 16,121, NIO 3,759
NIO rumored to be planning to order vehicle carriers
Internal speech: William Li on NIO's new businesses, and why it's on right side of trend