On November 4, BYD released sales figures showing that the company sold 48,000 cars in October, up 16% year-on-year.

CITIC Securities believes this sales figure from BYD was in line with expectations, with the launch of its flagship Han model this year driving the brand upgrade.

With the company's semiconductor, power battery and other key business spin-off to accelerate the landing, may drive value revaluation, continue to focus on recommendations, maintain a "buy" rating, CITIC Securities said.

BYD shares traded in Hong Kong today rose by 16%, the company's A shares rose by the daily limit of 10%. 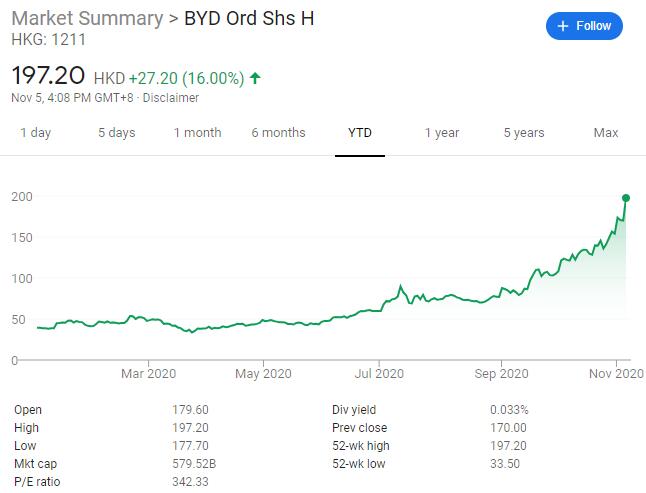 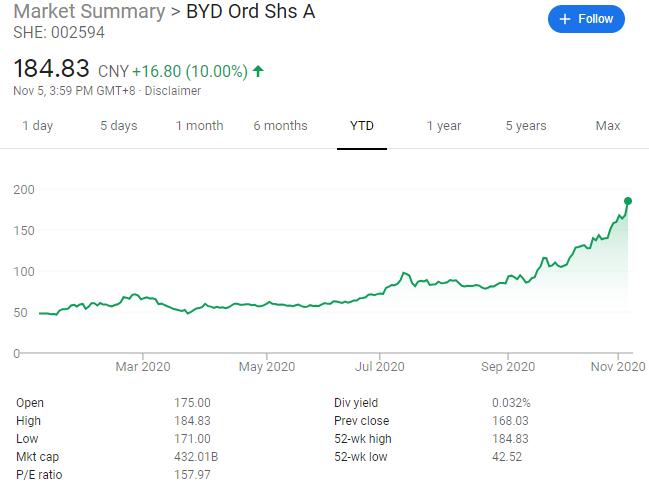 Below is CITIC Securities' commentary on BYD's sales figures.

Monthly sales of 23,000 new energy vehicles were in line with expectations

Driven by the rebound in downstream demand, BYD installed 1.51GWh of power and energy storage batteries in October, up 152% year-on-year.

"Han" delivered more than 7,500 units in October and continues to sell well

BYD's heavyweight model of the year, the new generation flagship sedan "Han ", was launched in July.

"Blade battery" to lead the industry

It was first installed in the new flagship model "Han" and is expected to be extended to the new Qin EV, Qin Pro EV and Song Plus models in the future.

BYD power battery into the 2020 foreign supply began to accelerate, the domestic side, BYD has matched Changan, Xiaokang and other car enterprises, and has entered the BAIC new energy announcement.

In terms of overseas customers, BYD has been appointed by Toyota, and is expected to supply global famous car enterprises such as Ford and Audi.

DM's new platform strategy was released, and its competitiveness is expected to improve.

BYD released the DM new platform strategy in June, will push DM-p and DM-i two platforms, which are characterized by power and economy respectively, and after the fine division of power and economy, it can provide more accurate choices for consumers with different needs.

With the gradual promotion and application of BLADE battery and BYD's new generation electric platform, BYD's EV product competitiveness is expected to improve, while costs will be further reduced to drive BYD's growth.