According to BYD's announcement, Han will launch two models, DM and EV.

The Han EV is equipped with a "blade battery". The Ministry of Industry and Information Technology has a range of up to 605 kilometers and a vehicle length of nearly 5 meters. The dual-motor version of the model can accelerate from 100 kilometers to 3.9 seconds. No matter which one of these data is, it will surely make many consumers be impressed.

BYD Han is its first model with two models, the design elements of both Han EV and Han DM are inherited from the "Dragon" element of the E-SEED GT concept car. The "Dragon Beard" above the air intake center line runs through the entire front face, showing a strong sense of power. At the same time, with the large-sized hexagonal intake grille shape below, the high-end texture is full, which also highlights the flagship positioning of the Han DM. 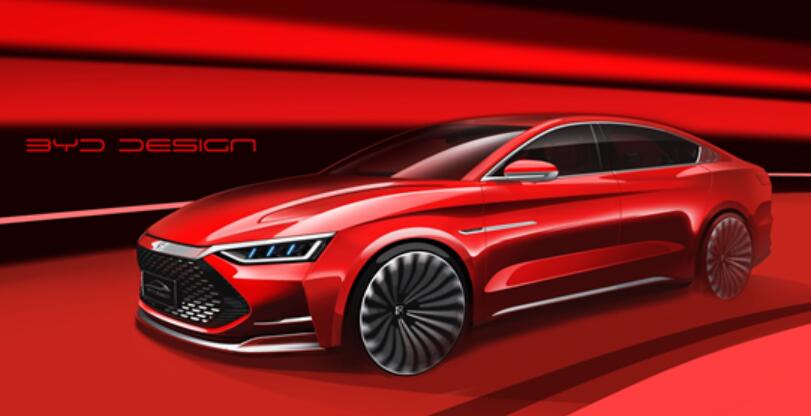 The side of the body, thanks to the slender body, the overall proportion is very coordinated. The four-door coupe shape, the design of the sliding back roof and the short trunk, with multiple wheel hubs, give the new car a distinctive sports style. The disconnected waistline enriches the side layering and adds a lot of elegant texture.

The Han DM dual-engine four-wheel drive version has previously appeared in the Ministry of Industry and Information Technology's catalogue of exempted vehicle and ship taxes. It can be seen that it will be equipped with BYD 2.0T four-cylinder engine with a maximum engine power of 164kw. The fuel consumption of the Han DM dual-engine four-wheel-drive model is only 5.9L per 100 kilometers, and the pure electric range is 81km.