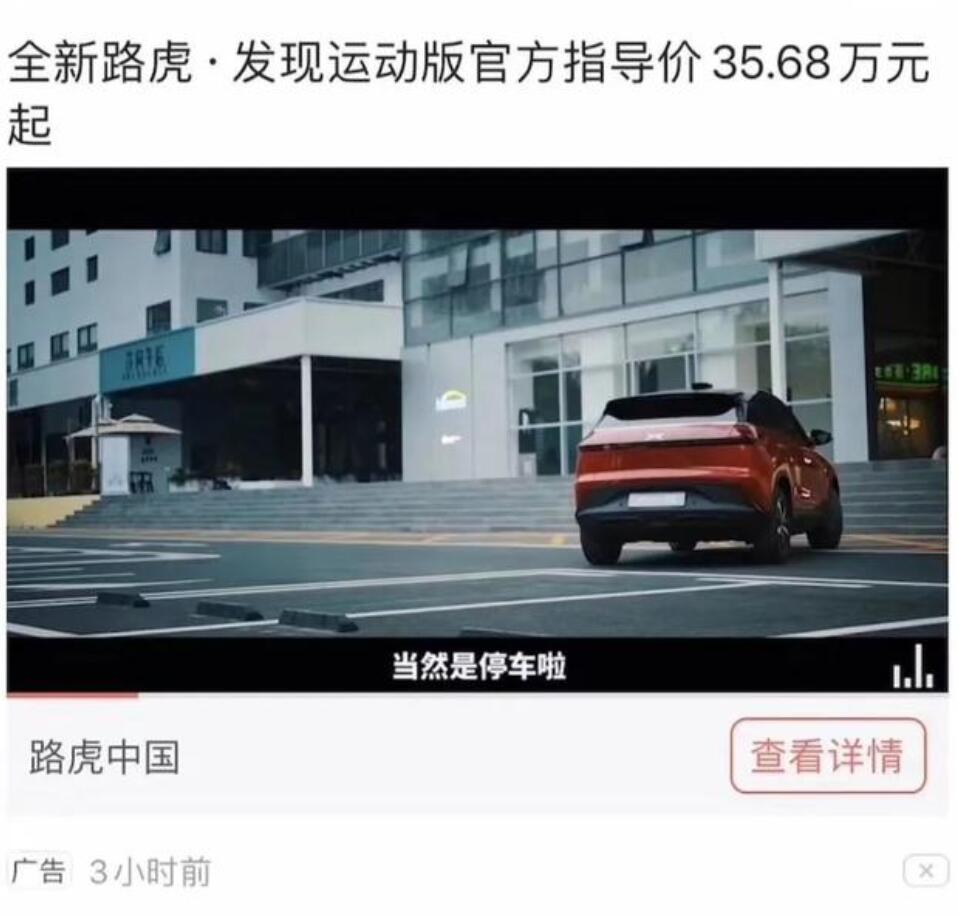 On March 25, the screenshot of the advertisement was circulating on the Internet.

Xpeng also responded to this through social media platforms including Weibo and official Jinri Toutiao.

Xpeng said "It's April Fool's Day next week. Is it a bit early to give gifts?" while also mentioning Land Rover China.

Jaguar Land Rover has not issued a public response to this matter.

A person in charge of Xpeng said that the incident may have been caused by Land Rover advertising and the media mistakenly uploading materials.

However, this is not the first advertising oolong incident in the automotive industry.

Regarding this matter, Tencent's advertisement posted a response saying that: Tencent's advertising service provider in East China's second district of the automobile industry had misrepresented the creative material when it was linked with the Ningbo area automobile circle of friends.

After receiving the feedbacks, Tencent's advertising team immediately suspended related ads and made apologies to customers and users.