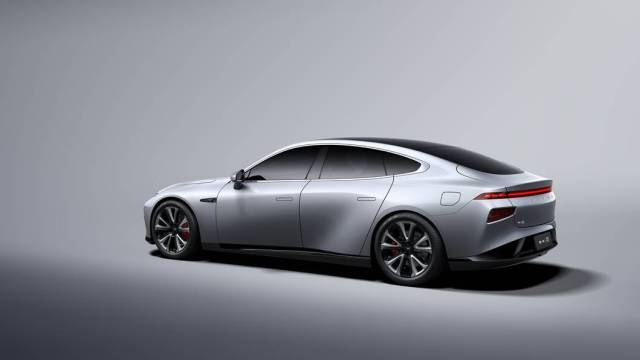 As the first mass-produced sedan P7 is about to go on the market, Chinese EV startup Xpeng Motors has finally solved the problem of the production qualification of the heart.

At this point, Xpeng Motors acquired 100% of Foday's equity. Some media speculated that the total value of the acquisition reached 1.25 billion yuan.

In addition, many of Foday's original directors have also retired from the company's board of directors. The new directors are Xia Wei and He Tao, vice president of Xpeng Motors. The registered capital has also increased from 8 million yuan to 16 million yuan before February 17.

According to public information, Foday is located in Shishan Science and Technology Industrial Park, Nanhai District, Foshan City, Guangdong Province, and was established in April 2001.

It is a car manufacturer with an annual production line of 300,000 bodies and 50,000 complete vehicles in the first phase. It mainly produces SUVs and pickup trucks.

However, during the cold winter of the auto market, Foday is also in a difficult situation. The average monthly sales in 2019 are less than 500 vehicles, and the production capacity is in a serious state of excess.

As a new force, since its establishment in 2014, He Xpeng's Xpeng Motors has been pursuing automotive production qualifications.

But before it officially landed, Xpeng first got a foundry cooperation relationship with Haima Automobile.

It is worth mentioning that in January 2020, the production of Haima Motor, which had a bleak sale of its own brand, was only 630, and all were SUV models made by Xpeng Motors. In February, due to the epidemic, the output was directly linked to zero.

In December 2017, Xpeng Motors announced that the foundation of the Zhaoqing factory in Guangdong was officially laid, with an investment of 10 billion yuan. It is expected that after the completion of the first phase of the project, an annual output of 200,000 vehicles will be achieved, but the car production qualification problem was not resolved at that time.

In early March of this year, leaders of the Guangdong Provincial Party Committee and the Provincial Government also accompanied He Xpeng to inspect the Zhaoqing factory.

After Foday's revenue was taken down, Xpeng did not expect to start production of the second production car P7 at the Zhaoqing plant.

The Xpeng P7 is positioned as a mid-size coupe. It was announced at the Guangzhou Auto Show in November last year that the pre-sale price was 270,000-370,000 yuan, and it will be officially listed in the second quarter of this year.

However, due to the arrival of a new coronavirus epidemic, whether Xpeng P7 can be marketed and delivered on time remains uncertain.

In addition, considering that Foday's previous main business did not include cars, whether the P7 can be successfully put into production has also caused speculation in the industry.