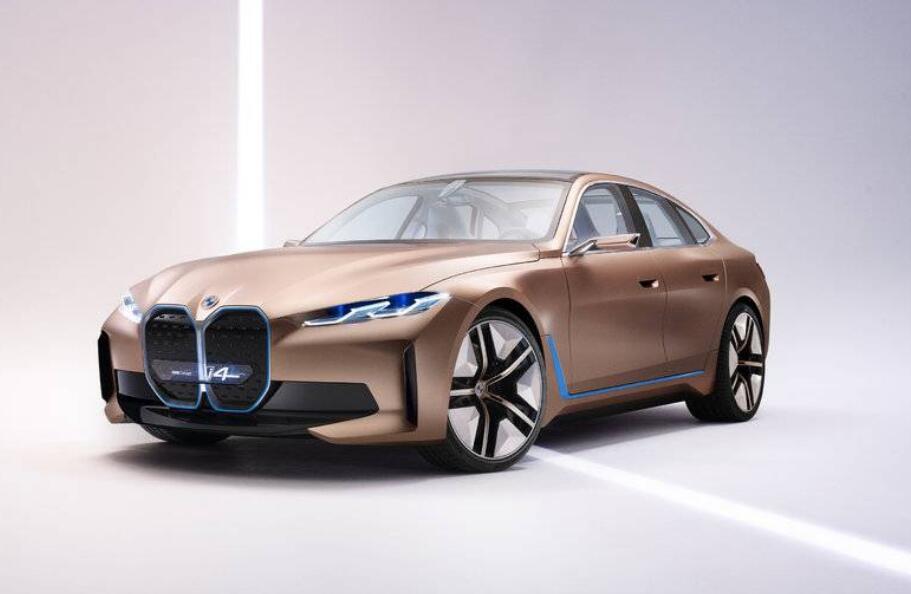 The BMW Group released its first all-electric Gran Coupe BMW i4 at its Munich headquarters on March 3.

This model is a follow-up to the i Vision Dynamics concept car previously launched by BMW in September 17. The mass production version will be officially launched in 2021, at which time the i4 will be produced together with the BMW 3 Series at the Munich plant in Germany.

The BMW i4, which is positioned as a four-door pure electric vehicle, has a more youthful design language and follows the design concept of the 4 Series concept car at the Frankfurt Auto Show last year.

Its body shape movement, smooth lines, tail-like design similar to the back, the interior is also equipped with a penetrating LCD display instrument.

BMW said that the new car released this time is "very close to production cars."

However, from the perspective of acceleration results, the heavier battery pack did not bring much impact. The BMW i4 accelerates from 0-60 mph in only 4 seconds, and the maximum speed can exceed 200km/h.

For BMW, the importance of this model is self-evident, and it is also regarded as a powerful work for sniping Tesla.

In the new annual plan released by BMW in January this year, the "year of BMW new energy vehicles" in 2020 will prepare the market foundation and pave the way for iNEXT and i4 launch.

In addition to the iNEXT SUV, the mass production version of the i4 will support BMW's banner in the field of pure electric vehicles. According to BMW's medium-term plan, the brand will launch 25 electrified models by 2025, covering plug-in hybrid and pure electric.

As an electric vehicle company, Tesla has an absolute advantage in the manufacturing of electric vehicles. However, in the global new energy market in January, Tesla failed to maintain its top spot and was overtaken by BMW with a slight advantage.

With the acceleration of the transformation of the automotive markets around the world to the direction of new energy, major car companies have also begun to launch new energy models to grab market share.

Tesla ranked second with 12,779 sales. However, the gap between the two is only 197. With Tesla's hot sales in the Chinese market, it is expected to return to the championship soon.