Buffett first reduced his BYD holdings on August 24, 2022, and has sold off a total of 7 times since then. 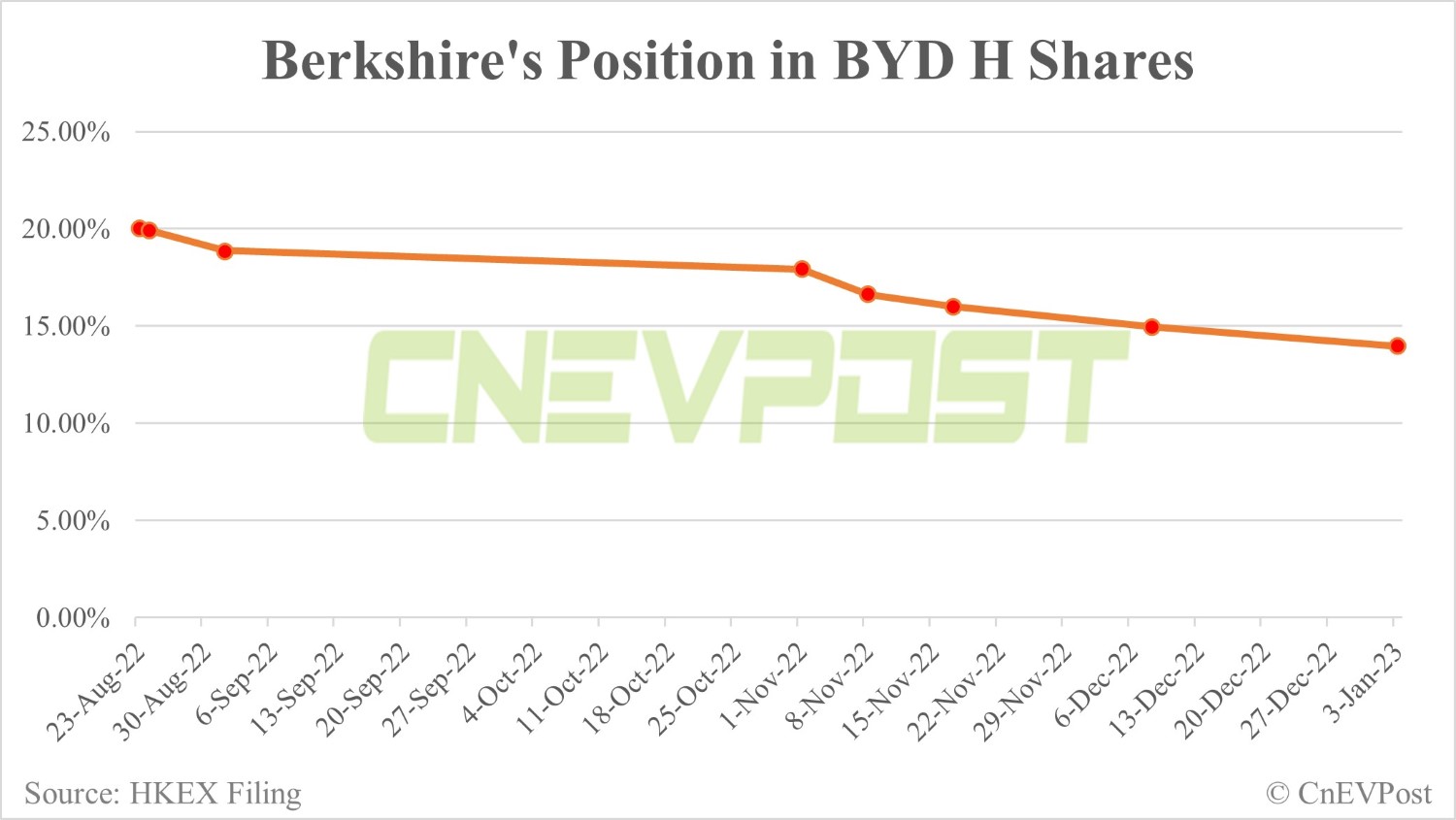 Legendary US investor Warren Buffett sold additional BYD (HKG: 1211) shares last week, continuing a sell-off that has been going on since last August.

Buffett's Berkshire Hathaway sold 1,058,000 shares of BYD traded in Hong Kong on January 3, bringing the holding down to 13.97 percent from 14.95 percent, according to the Hong Kong Stock Exchange.

Berkshire sold those BYD shares at an average trading price of HK$191.44, meaning the company cashed in about HK$200 million from the sale.

On September 29, 2008, Berkshire Hathaway Energy, a subsidiary of Berkshire, spent $230 million to purchase 225 million shares of BYD at a price of HK$8 per share.

Berkshire cut its holdings in BYD for the second time on September 1, when it reduced its holdings by 1.176 million shares.

Since October last year, Berkshire has reduced its stake in BYD 5 more times.

In August last year, local media quoted a BYD source as responding that the company was not aware of Warren Buffett's reduction, but people need not over-interpret it.

BYD has no undisclosed major matters, and the company was operating everything normally, the source added.

BYD discontinued production and sales of vehicles powered entirely by internal combustion engines in March 2022 to focus on the manufacture of plug-in hybrids as well as electric vehicles. 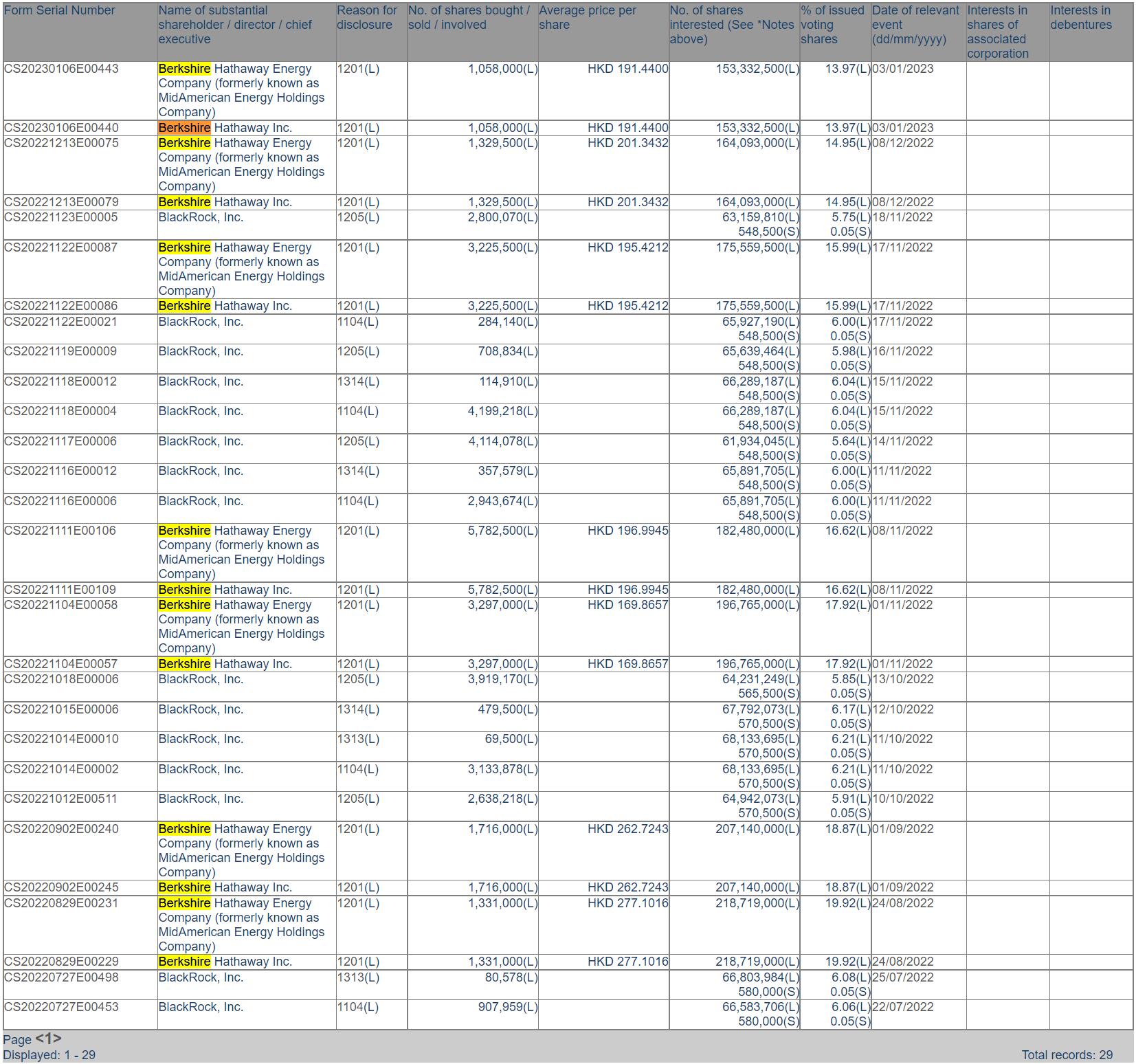