The first phase of the project, with an investment of RMB 5 billion, is expected to start production in December. 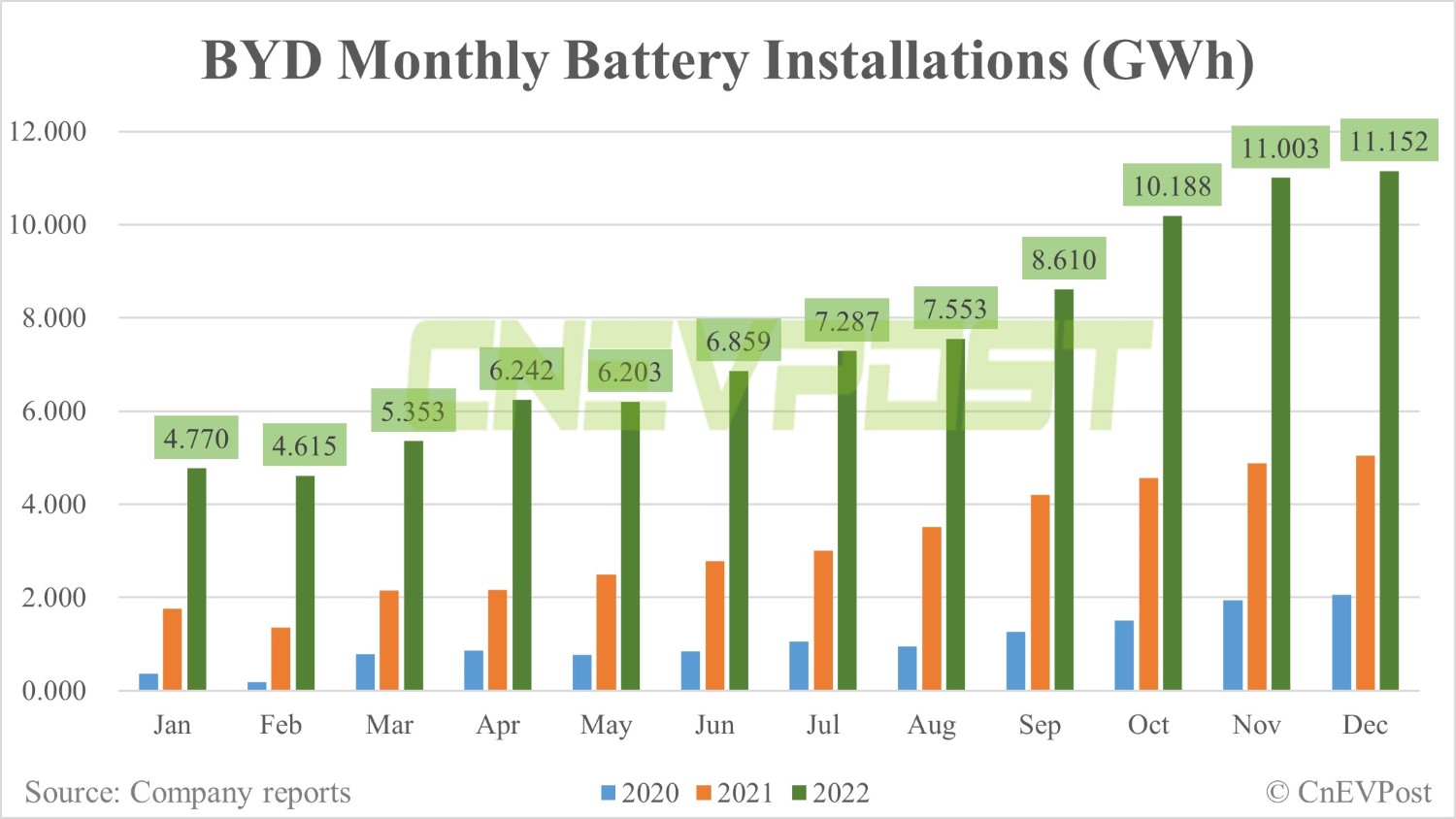 BYD (OTCMKTS: BYDDY) has started construction of another power battery production base and it will start contributing capacity by the end of the year.

A groundbreaking ceremony was held on January 4 for the BYD power battery production base in Xuzhou, Jiangsu province, which is expected to have an investment of RMB 10 billion ($1.5 billion), according to a WeChat post by the local government.

The first phase of the project, with an investment of RMB 5 billion, will cover an area of 706 mu (470,670 square meters) and is expected to see the Blade Battery production line partially operational in December 2023.

After the Phase I project reaches production, it is expected to have an annual battery capacity of 15 GWh and annual sales are expected to reach about RMB 10 billion. 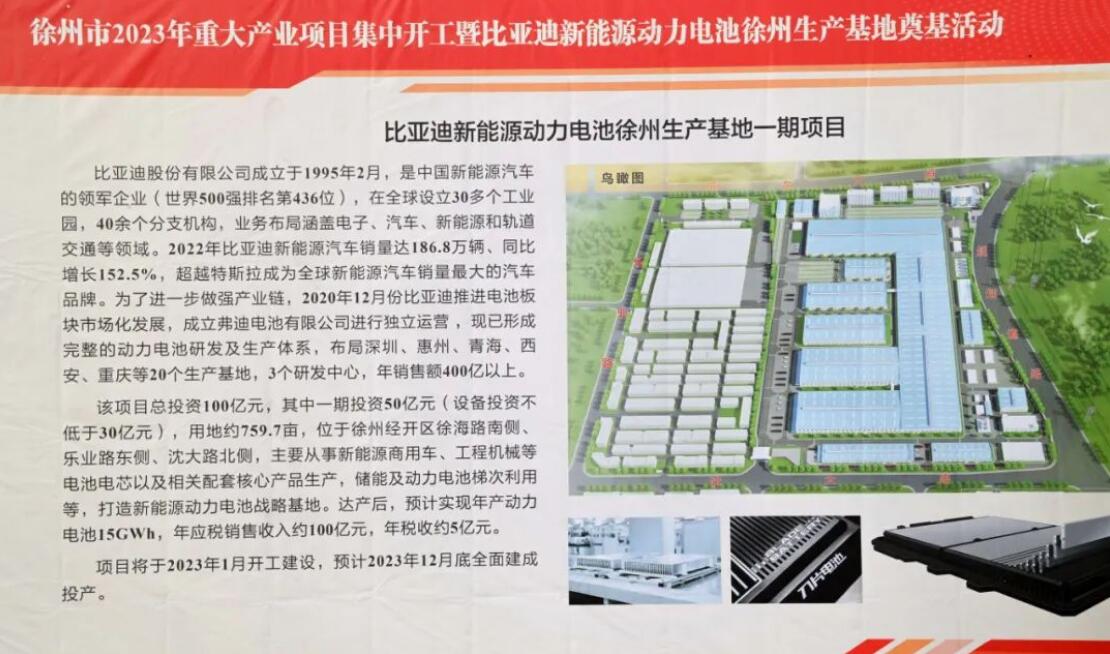 BYD's installed power and energy storage battery capacity in December was about 11.152 GWh, up 120.88 percent from 5.049 GWh in the same month last year and up 1.35 percent from 11.003 GWh in November, according to data released by the company earlier this month.

In the global market, BYD ranked second with a 13.6 percent share from January to November, according to data released by South Korean market research firm SNE Research on January 4.

CATL's power battery installed base was 165.7 GWh during the same period, ranking first with a 37.1 percent market share. 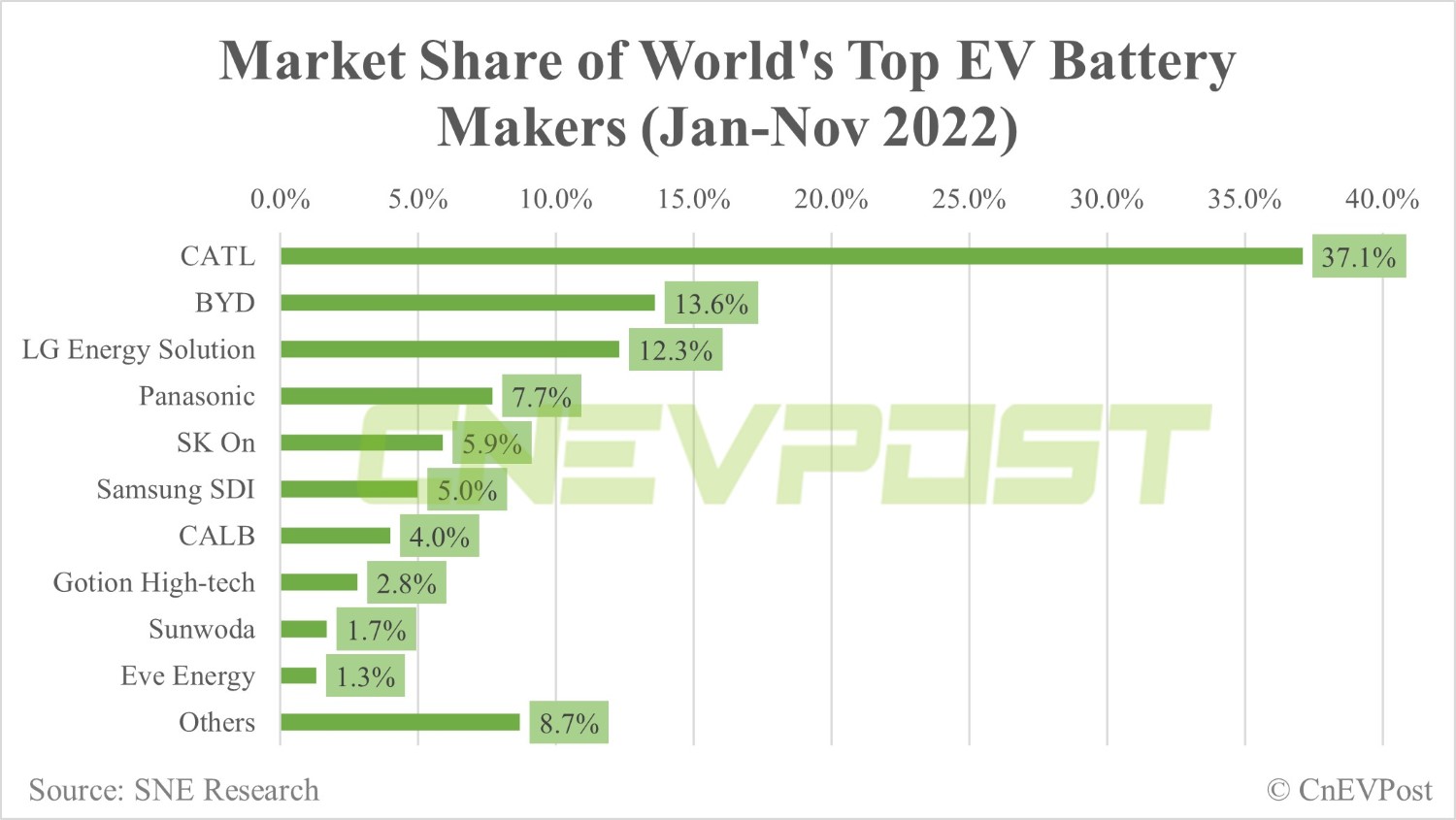 BYD currently has about 20 power battery production bases in China.

In late November, a press release from the Wenzhou government in Zhejiang province said BYD plans to build a new power battery production base in the city with a planned annual capacity of 20 GWh, with the first production line expected to be operational in 2024.

The production base is located in Wenzhou's Qiaotou town, Yongjia county, and the power batteries planned to be produced will use one of the highly promising battery technologies currently available, the release said, without disclosing the specific technology.