NIO reported the first ever monthly delivery update on October 15th 2018. It then evolved the infographic to the next level.

This is a guest post by Haoran Zhou, previously a member of NIO's PR team in China. The content was originally published as a video on his YouTube channel Telescope望远镜.

Hello and welcome to the Telescope. Every week we bring you fresh insight from the biggest car market in the world.

Today we are talking about the monthly sales update that happens at the beginning of every month. It has become a major campaign with participation from every major manufacturer.

On the first day of every month, you just sit back and wait for the infographic to pop up one after another. I used to be on the releasing side of this massive event. So I can assure you, this is a big deal.

The whole monthly sales update thing started from a few US-listed EV start-ups as a way of providing more up-to-date info than quarterly earnings. Because that happens every three months, and this happens once a month.

They are growing so fast that they feel the need to communicate with the public more often. So NIO, as the first Chinese EV startup to be listed in the US, reported the first-ever monthly delivery update on October 15th, 2018.

This is it. You see, initially, it doesn't even happen at the beginning of the month. 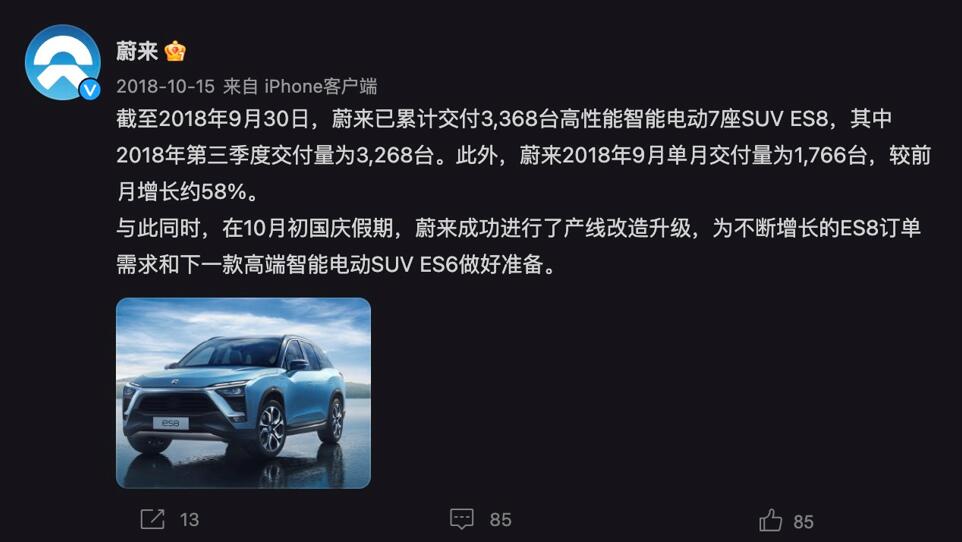 There were no infographics, just a simple ES8 picture. And I just noticed, this message is posted from an iPhone. That's how casual it was. But it soon got serious.

Just two months later, NIO released the first infographic. Notice how low resolution this is. But you can see this monthly release is clearly working for NIO. This sharp upward trajectory painted a very promising future. 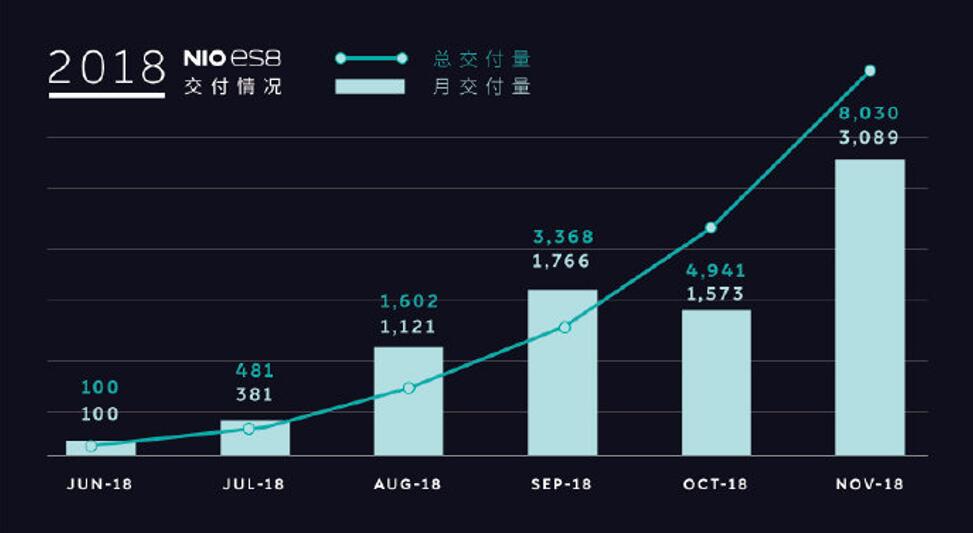 On August 2020, Li Auto joined the monthly sales update group with this. 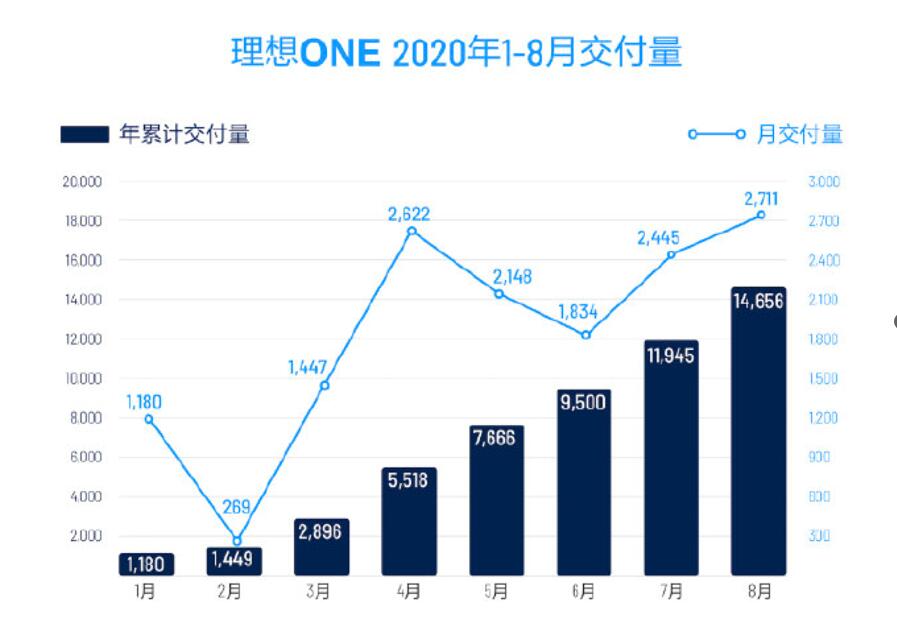 At that time, the pioneer NIO evolved the infographic to the next level. The NIO logo is in the top left corner. The images used in the monthly sales updates are always, always shot by an NIO user.

A few lines of text highlight the key messages of the month. And the chart. This layout is very similar to today. And the others soon followed. 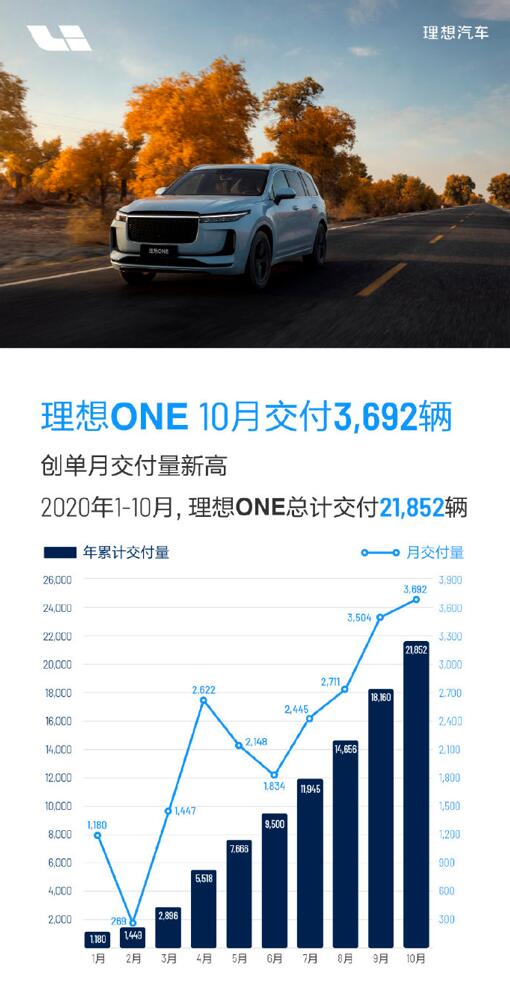 So NIO, XPeng, and Li Auto were growing fast. Making lots of noise every month. Although their numbers were still quite modest, everyone could feel that the momentum was with them. Their competitors at the time thought, what a great idea. Let's join in.

VW is one of the early EV adopters among the traditional manufacturers, their progress in China has always come under close scrutiny.

So when in September 2021, the ID series monthly sales broke the 10,000 units barrier. They made this very EV start-up-style poster and did a major campaign.

One note to people who are not familiar with the Chinese language. 10,000 in Chinese is a big deal.

So this 10,000 barrier is a significant landmark in the Chinese car market. Please note this is combining the two joint venture partners: FAW and SAIC.

This kind of combined reporting normally only appears in the quarterly earnings of the VW group. So for a single month, to combine FAW and SAIC, to come up with this 10,000 units breakthrough is a bit unusual.

VW was desperate to shake off its lackluster image in EVs so they did this poster, in a very un-VW, but very Chinese EV startup style. 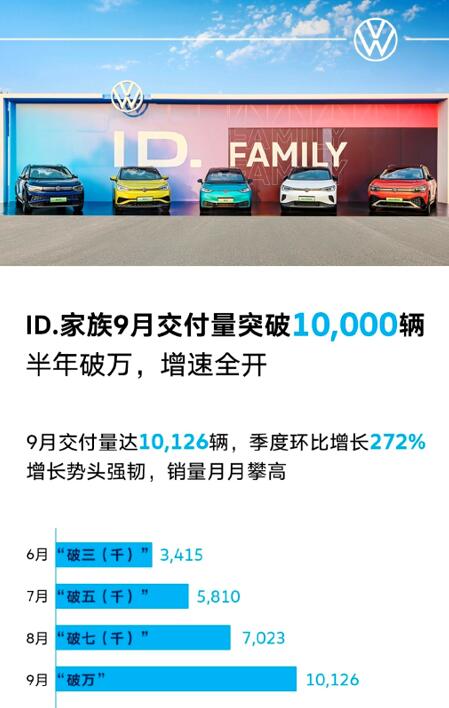 For some of the latecomers, just reporting monthly sales data at the beginning of the following month is just not racy enough. They have to do something different. So for September 2021, VOYAH, or 岚图, a newly established EV division of the Dongfeng Motor Corporation, pulled a stunning move.

They released the September sales data, which normally gets released on Oct 1st, the first day of the following month, right? They did it at 11:33 pm on September 30th.

It was quite a shock to the industry. Not because of the numbers, 908 units per month is hardly earth-shattering. But this grit and determination that "we need to beat everyone else to this". We cannot wait for October 1st.

After the end of business day, September 30th, conclude the data as fast as possible and we will be the first to report the monthly sales data. And the funny thing is VOYAH is not a publicly-listed company. They have no obligation to disclose this info. But they chose to. They wanted to stick out. So they released it at 11:33 pm, nearly midnight. I love this.

The cut-throat competition, more than anything else, is the key driving force behind the rise of Chinese manufacturers.

So, enough of the history, let's fast forward to a few days ago, Jan 1st, 2023. Can you guess how many manufacturers joined this monthly ego race?

I must have missed out on a few. But you get the idea: this monthly sales update has become a major battlefield for all manufacturers. Let's pick a few highlights.

Firstly Li Auto made a major breakthrough to reach 21,233. One of the stars is right behind me, the Li Auto L8. It's basically a slightly smaller version of the L9. Both of these models broke through 10k per month and it doesn't seem to grab each other's market base.

Plus Li Auto should have turned a profit in the past quarter. They have done this before, but this time it would not be a one-off but consistent profitability.

NIO had its best month so far. But December should be so much more than 15,815 units. NIO initially forecasted between 43,000 and 48,000 units for Q4 2022. However with China's new covid policy and a wave of infections, everyone was affected, and I was affected.

Reading between the lines and looking at other sources, the bottleneck seems to be the final vehicle delivery and registration process. Because on December 12th NIO announced the 300k production car rolls off the production line. And they only delivered the 289,556th car on December 31st.

So, at least 12k cars got stuck between the delivery and registration. But I still have 2 questions:

1. Why did this bottleneck only seem to affect NIO?

An explanation could be this December for NIO was a back-heavy month. They scheduled the bulk of the delivery towards the end of the month, which was exactly the moment China made the change in Covid policy, and everyone was affected. But there still is question No.2.

2. Did NIO make the best effort to inform the investors at the earliest possible opportunity?

That is a huge gap to the point I don't believe they only realized this that late. I know the NIO Day was scheduled on December 24th so they probably don't want the flagship event to be affected by this. But still, I think NIO didn't communicate this sizeable miss to the investors at the earliest possible opportunity.

And this cast a shadow on the credibility of NIO's future business outlook. I mean a huge downgrade to the current quarter with 4 days to go is never good, in any universe, whatever the circumstance.

It is NIO's best month so far, but it should be so much better and should be handled so much better.
XPeng recovered to 11,292 units and that is a relief. When we released the P7 review, that was a difficult time for XPeng. I said when the G9 ramped up production, XPeng should easily weather this storm. And they did, we will bring you the G9 review after the Chinese New Year.

Other highlights, BYD shockingly hit 235k units. That is an enormous amount and it means BYD has not just overtaken Tesla to become the bestselling EV brand in China, but also overtook Geely to become China's No.1 domestic car brand. That is one hell of an achievement. Congratulations!

Smart delivered 4,606 units. I mentioned in the Smart One review about the looooong wait line. And it is showing up in the sales number. I think smart can do even better. Because around 250k RMB, if you want a modern EV that has a fresh design, smart is kind of the only choice, still.

So that is a roundup of the December 2022 monthly sales update. I will try to do a review every month from now on. I am sure you have never heard about most of the brands listed here. If you find any of them interesting, leave a comment to let us know. We will bring you a closer look as quickly as we can. 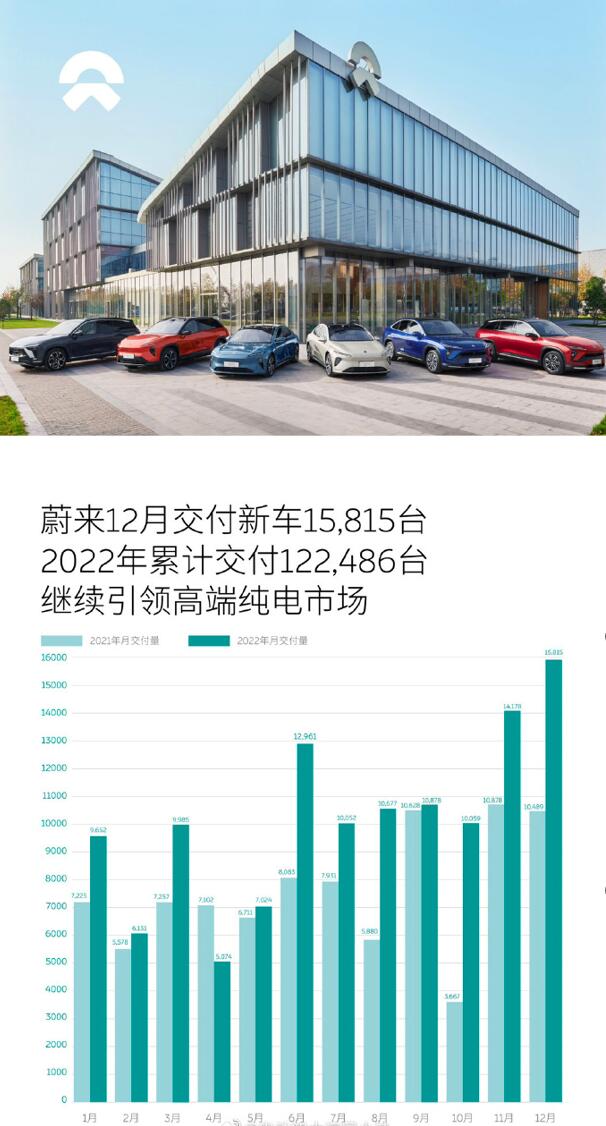 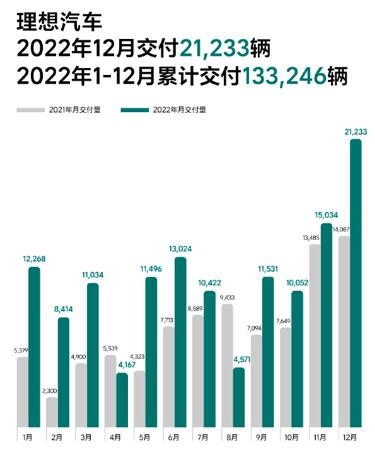 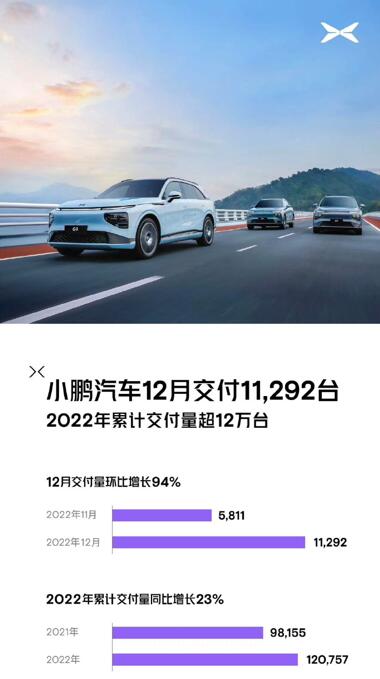 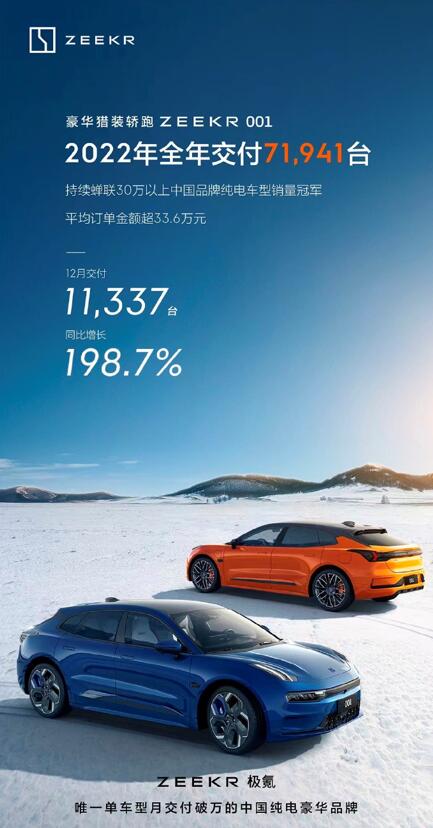 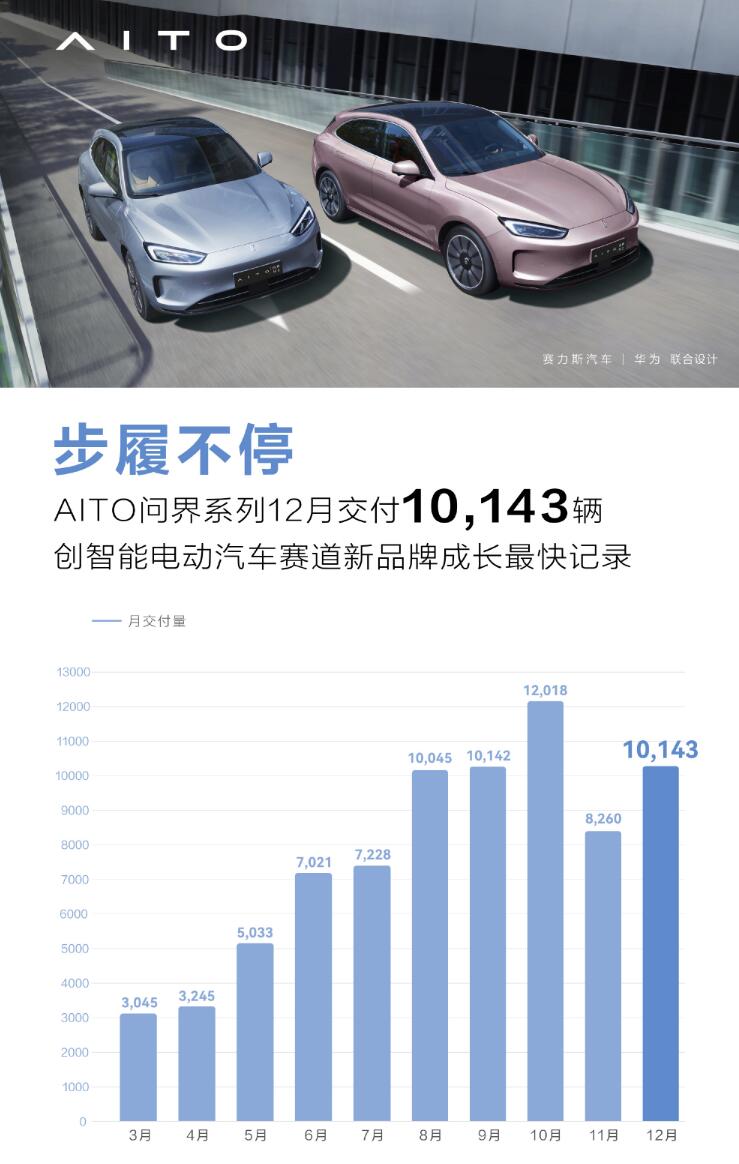 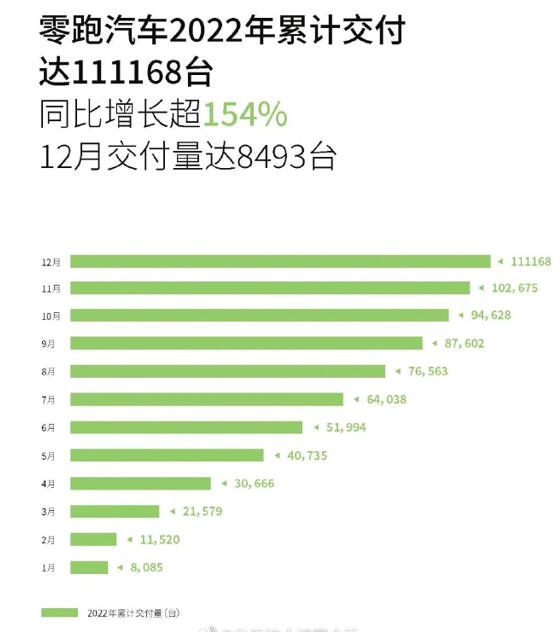 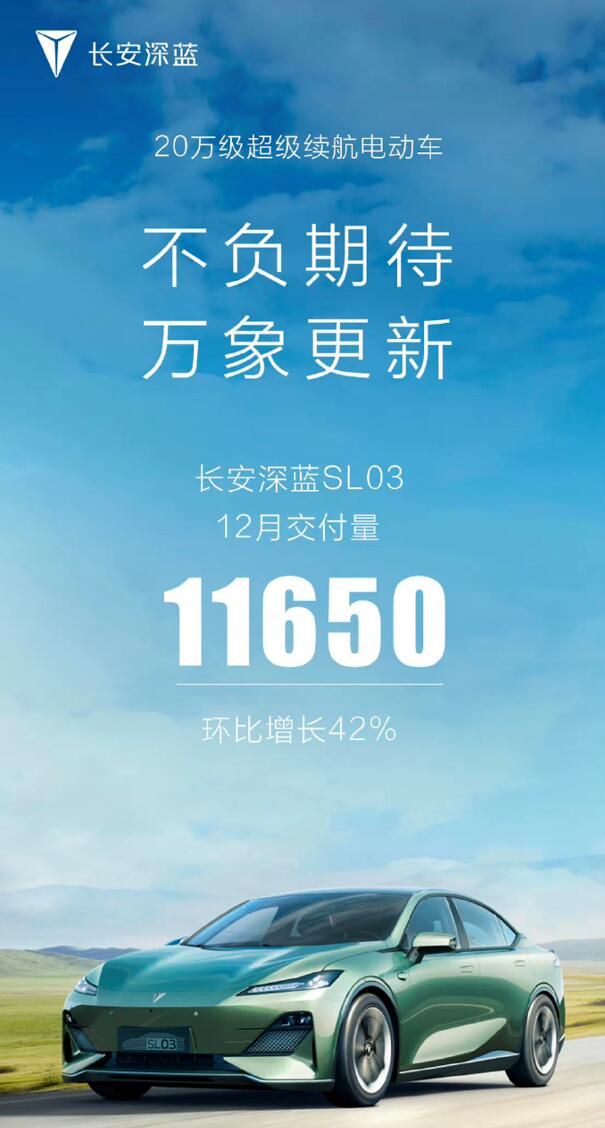 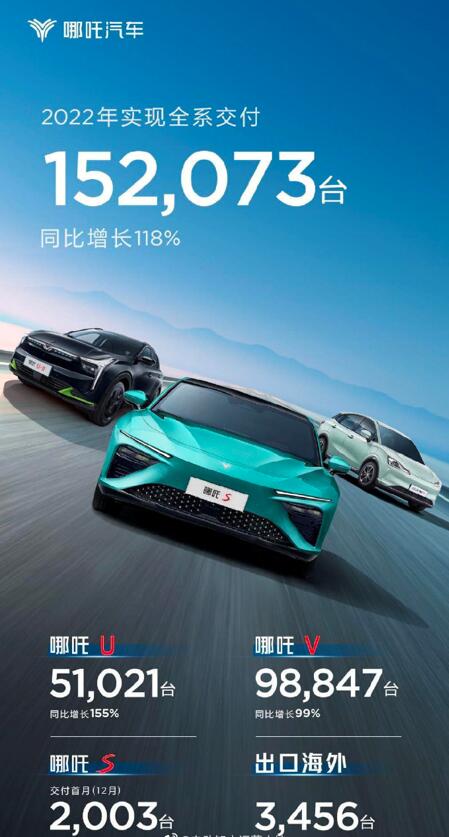 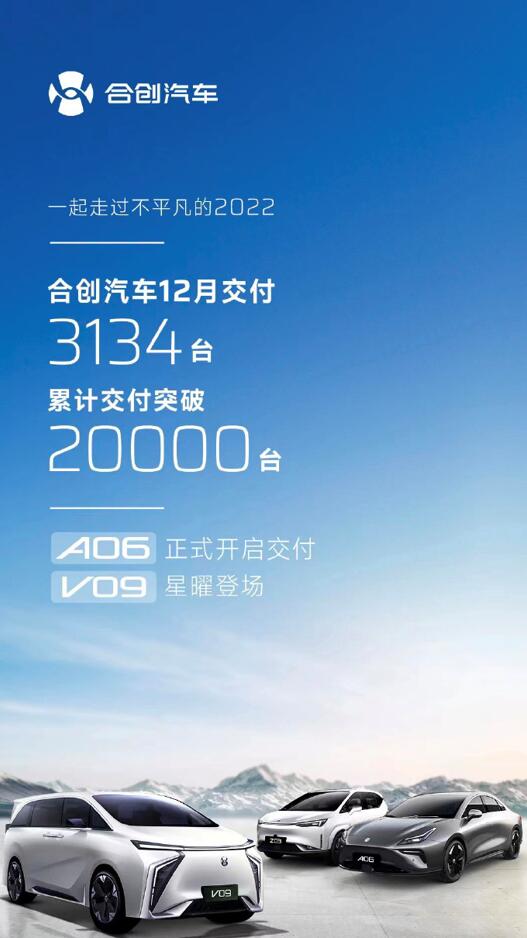 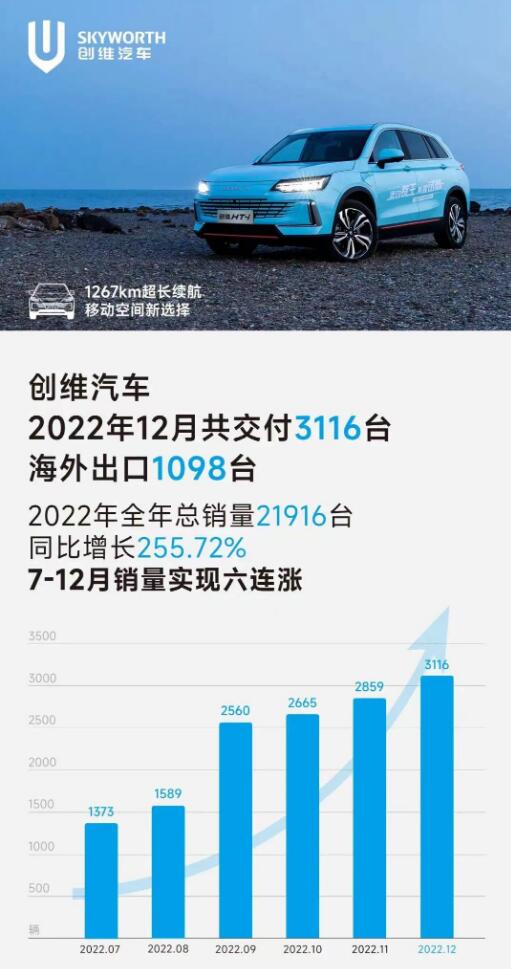 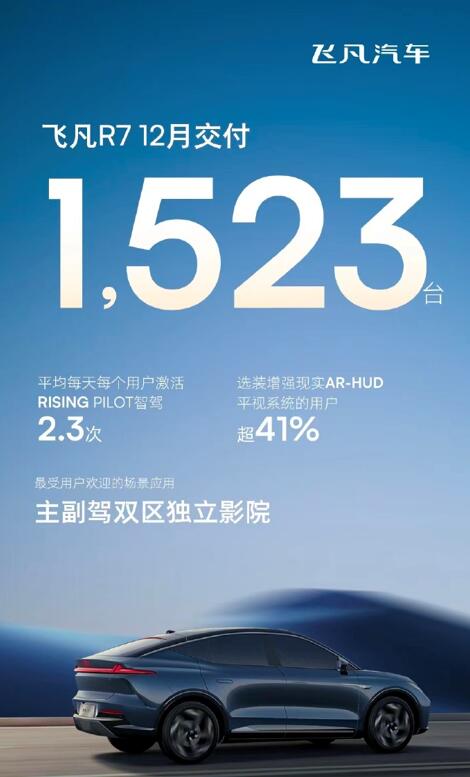 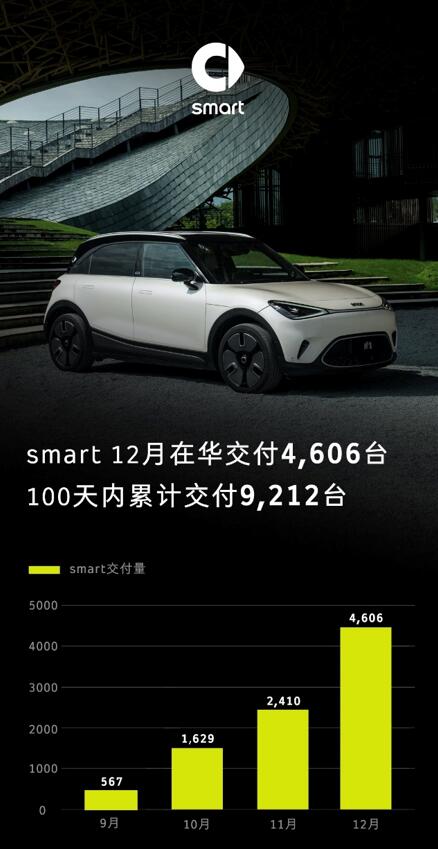