The Model Y sold 52,424 retail units in China in November, more than four times as many as the second-place BMW X3.

Tesla (NASDAQ: TSLA) Model Y was the best-selling premium SUV in China in November, and it sold well ahead of the model in second place, a new ranking shows.

With 52,424 retail sales in China in November, the Model Y ranked No. 1 in China in sales of premium SUVs with a starting price above RMB 300,000 ($43,170), according to a list released today by the China Passenger Car Association (CPCA).

The BMW X3 came in second with 12,632 units sold. The Model Y sold more than four times as many units as the BMW X3 in November.

Notably, the price of the entry-level rear-wheel drive Model Y has been reduced to under RMB 300,000 following Tesla's October 24 price cut in China. But the CPCA still included the highly regarded model in its list.

The Li Auto Li L9 came in fifth with 9,087 units. The company released figures earlier this month showing it delivered a record 15,034 vehicles in November.

The NIO ES7 came in at No. 9 with 4,897 units sold, the first time the model has made the CPCA's list of best-selling premium SUVs.

The Tesla Model Y, with 285,927 retail sales in China from January to November, was also the best-selling premium SUV in the year-to-date period. 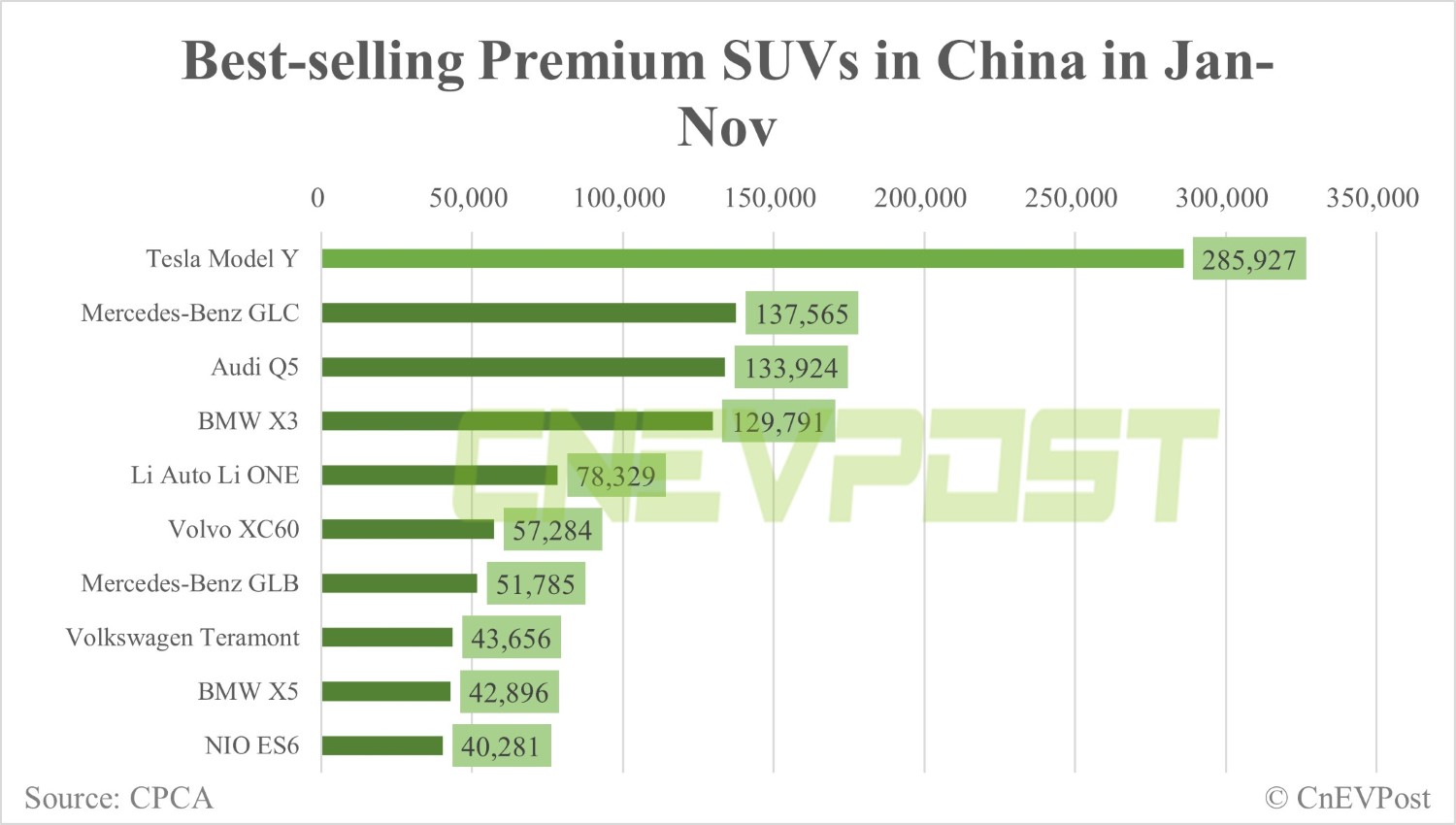 When all SUVs in the price range are taken into account, the Tesla Model Y was the second best-selling in China in November, below the BYD Song's 63,636 units. 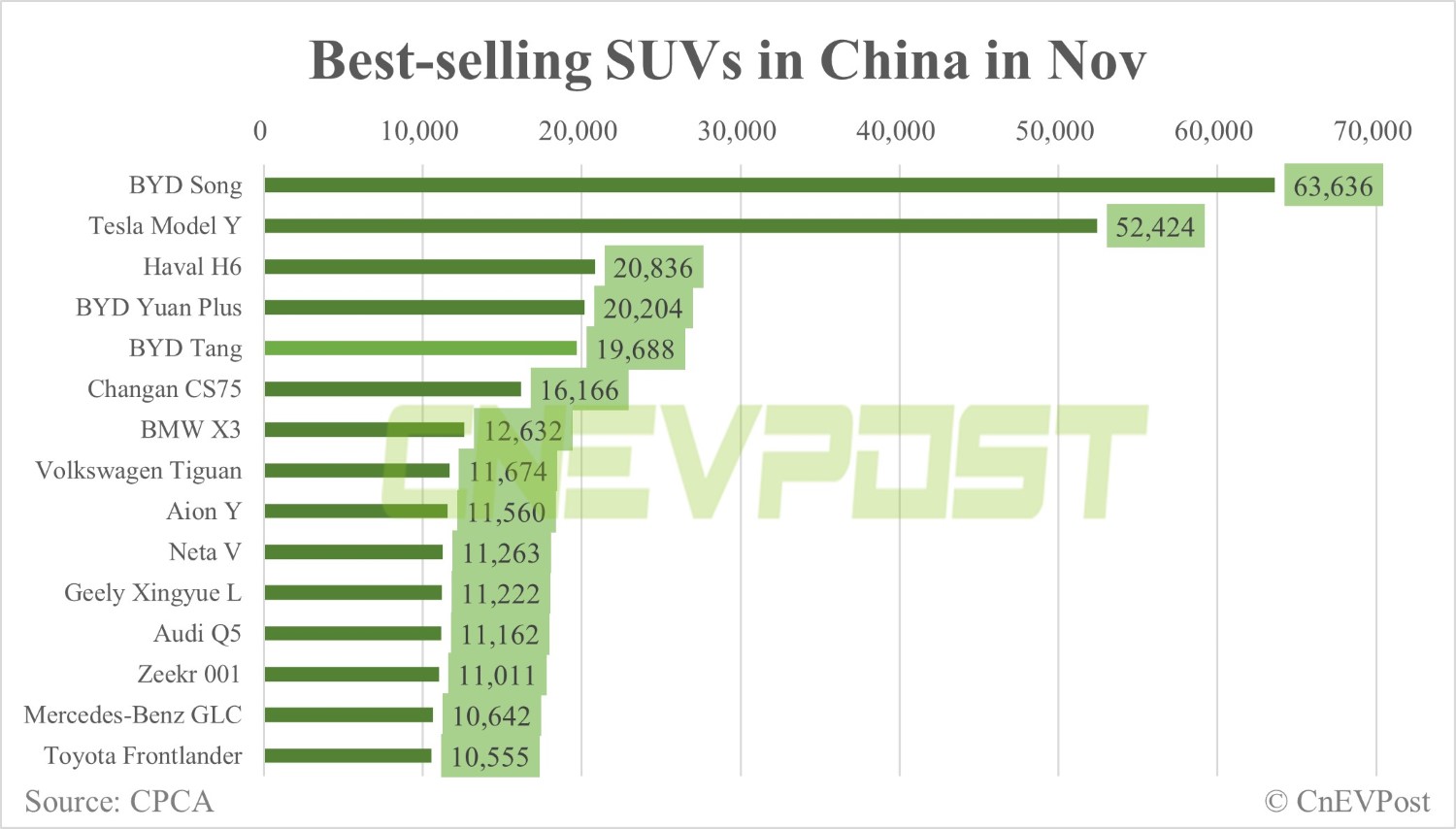 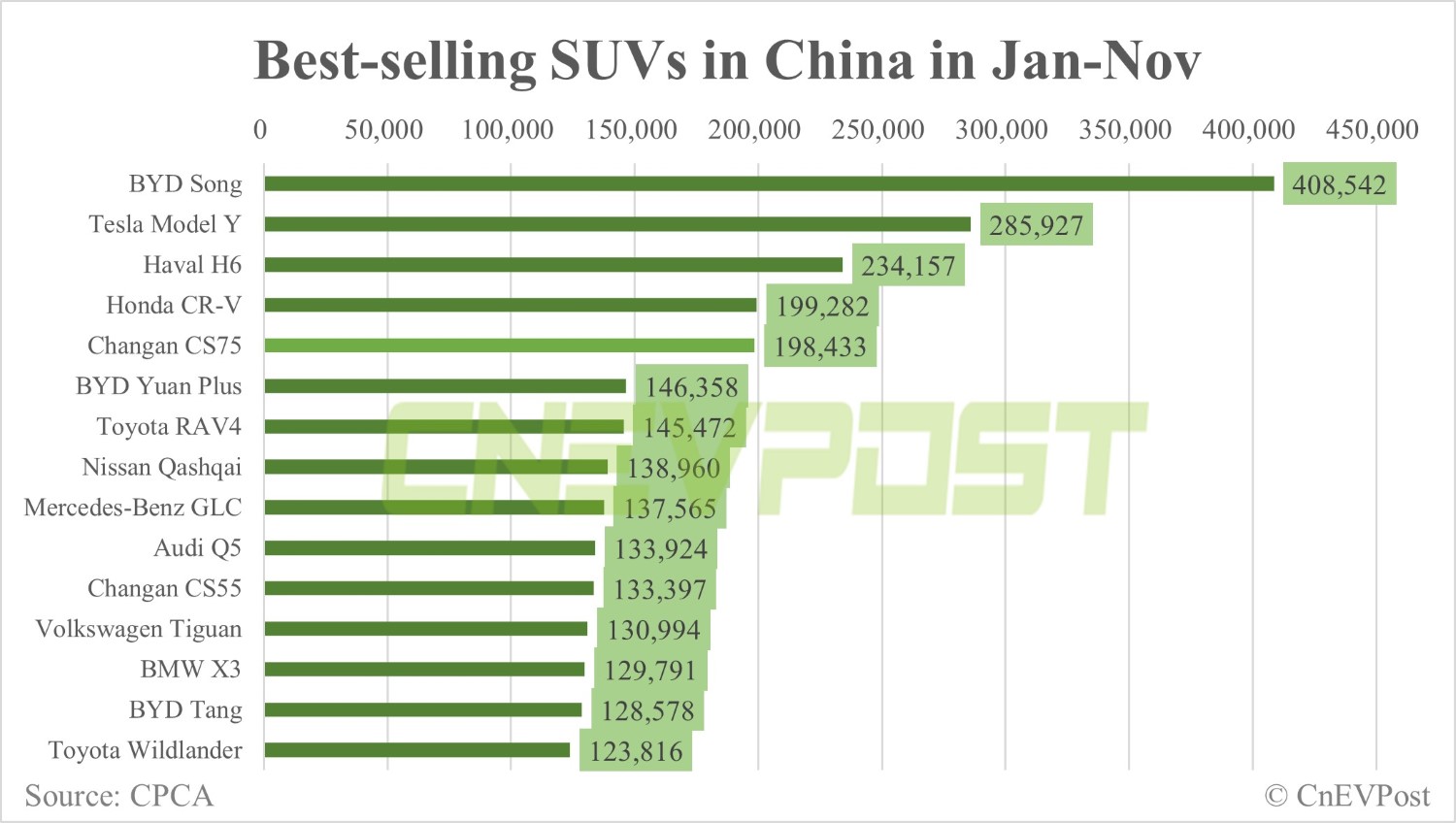 It is worth noting that despite the popularity of the Model Y in China, Tesla appears to be facing weak demand.

Earlier today, Reuters reported that Tesla will suspend Model Y assembly at its Shanghai plant from December 25 to January 1, as part of a planned production cut of about 30 percent of the model at the plant that month.

Tesla is aiming to produce slightly more than 20,000 Model Ys in the last three weeks of December, including the week when output is suspended, the report said, citing a memo.