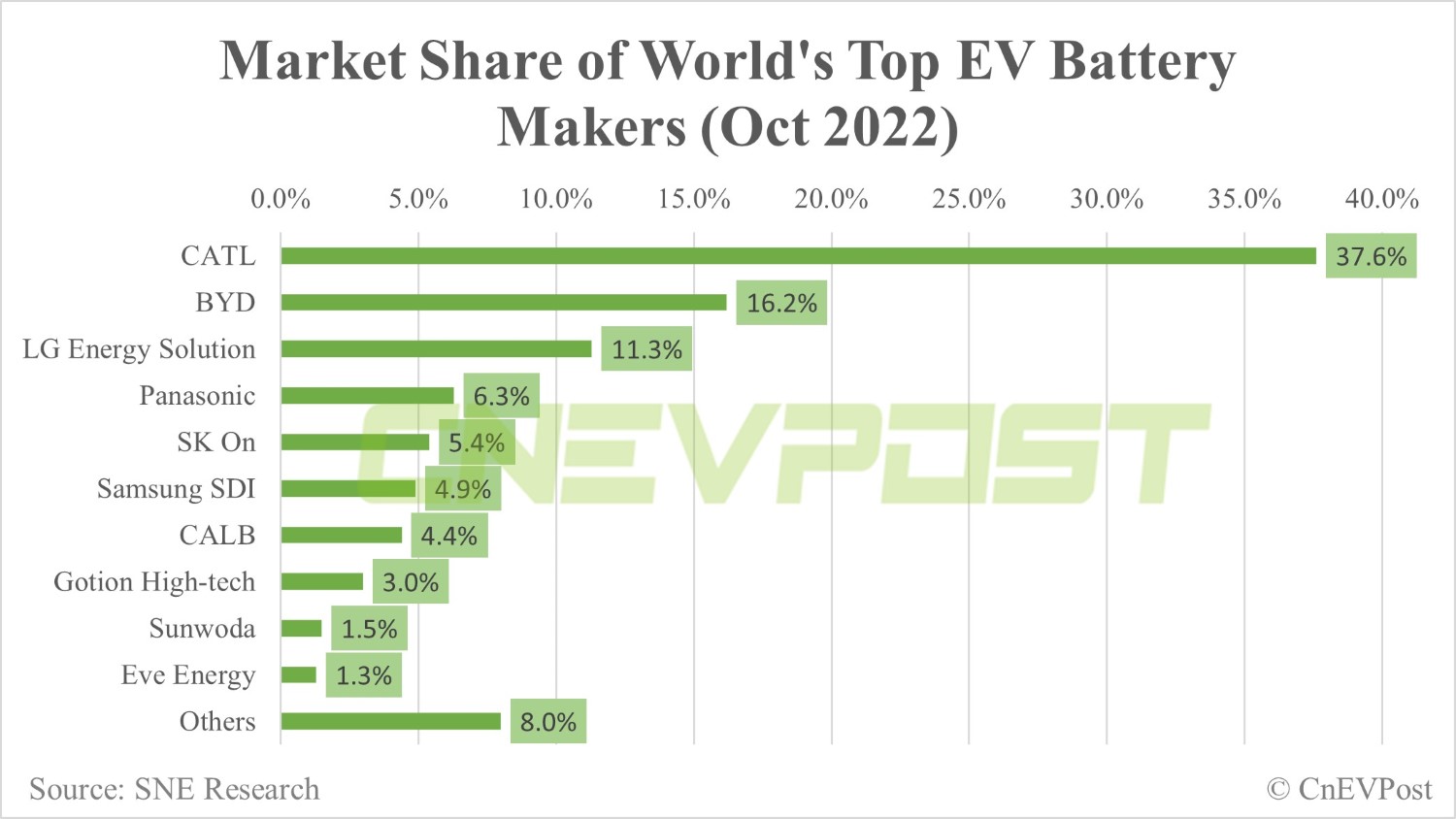 CATL continued to maintain its position as the world's largest power battery manufacturer in October, while BYD regained the second-place position from LG Energy Solution, the latest figures show.

In October, the global installed base of electric vehicle batteries reached 48 GWh, up 73.6 percent year-on-year, according to data released by South Korean market research firm SNE Research on December 2.

Notably, BYD's global share was higher than LG Energy Solution in both July and August but was overtaken by the latter in September.

LG Energy Solution installed 5.4 GWh in October, dropping back to third place with an 11.3 percent share.

Japan's Panasonic was fourth with 6.3 percent, South Korea's SK On was fifth with 5.4 percent and Samsung SDI was sixth with 4.9 percent.

From January to October 2022, the global installed base of electric vehicle batteries was 390.4 GWh, up 75.4 percent year-on-year.

Of this, CATL installed 137.7 GWh from January to October, up 98.6 percent year-on-year. its market share for this period was 35.3 percent, slightly higher than the 35.1 percent from January to September.

LG Energy Solution was second with a 13.8 percent share in January-October, while BYD was third with 13.2 percent.