Auto Nejma said it will aim to invest in the coming months to promote the BYD brand in the main cities of the kingdom. 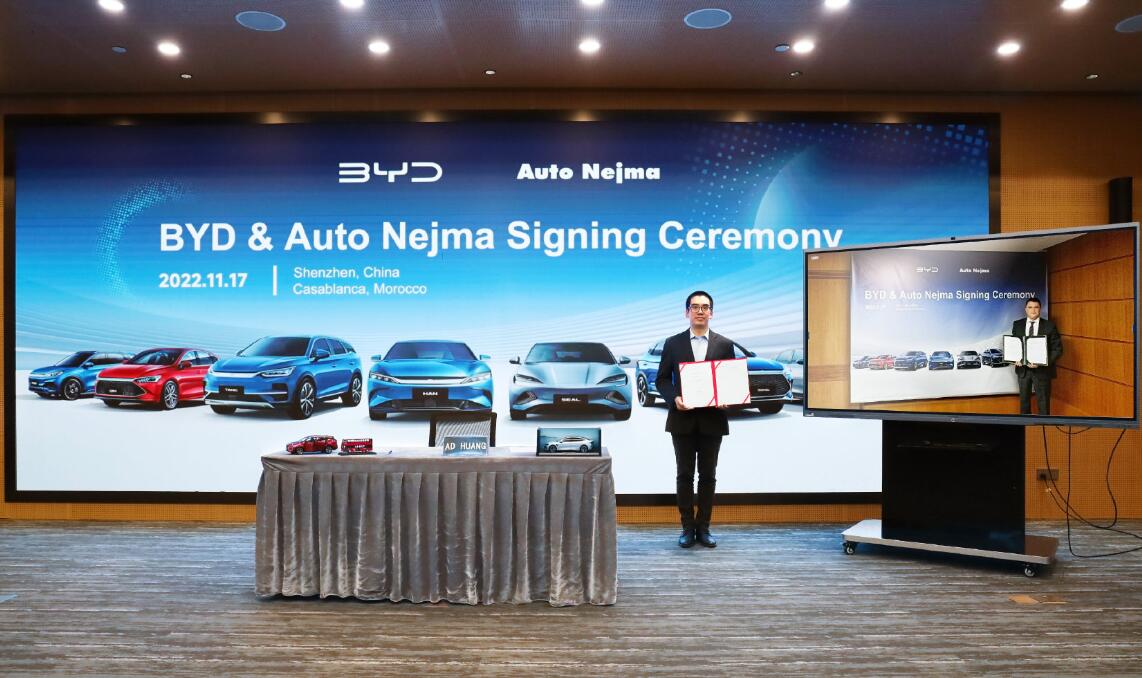 Auto Nejma has a history of more than 50 years in the automotive industry and has a strong reputation and expertise in Morocco, according to a BYD press release.

" We are also fully committed to implementing the necessary investments over the next few months to promote the BYD brand in the main cities of the kingdom allowing Moroccans to access the best of electric mobility technology," said Adil BENNANI, General Manager of Auto Nejma.

This partnership marks a milestone in the expansion plan of Auto Nejma and the Hakam Family Group in sustainable mobility, BENNANI added.

It is worth noting that this is not BYD's first foray into Morocco.

At present, BYD's new energy vehicles (NEVs) have been sold to more than 70 countries and regions and over 400 cities worldwide, according to the company.

In the first half of this year, BYD's NEV sales exceeded 640,000 units, an increase of more than 300 percent year-on-year.

This is the latest cooperation BYD has reached in overseas markets.

In the past few months, BYD has entered into partnerships with local dealers in several countries, including Brazil and Mauritius, and has brought its new energy passenger vehicles to regions including Europe, Mongolia and Nepal.