BlackRock has reduced and increased its holdings in BYD Hong Kong shares several times in the second half of the year. 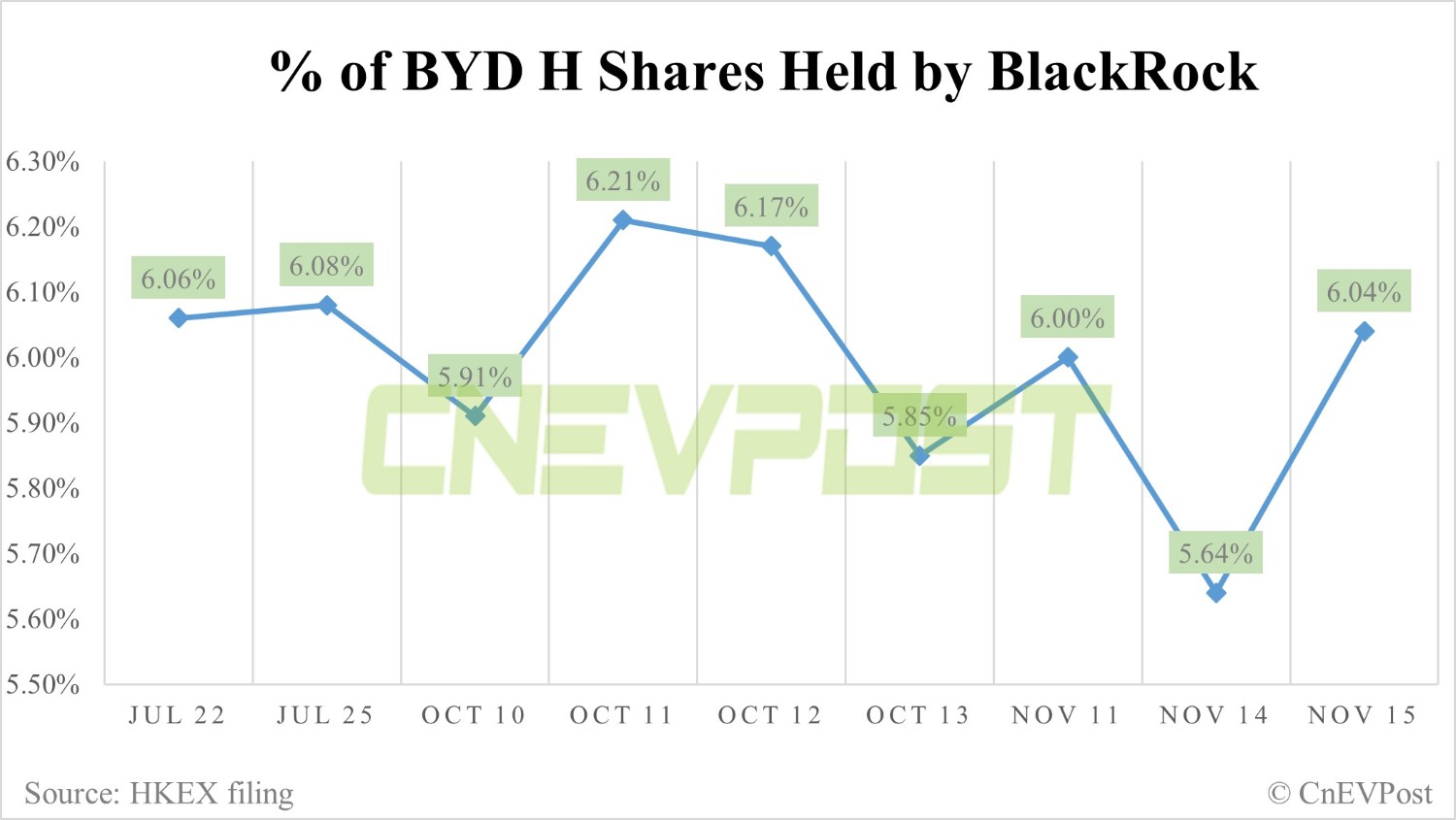 Buy, sell, buy again, sell again, that's what BlackRock has been doing with BYD Hong Kong shares for the past four months.

The world's largest asset manager has bought and sold shares of BYD several times since the second half of this year, and its selling moves, in particular, have drawn attention as Warren Buffett began to reduce his holdings in BYD.

The first change in BlackRock's holdings in BYD over the past year came on July 22, when it increased its stake in BYD H shares to 6.06 percent from 5.24 percent on September 27, 2021, according to Hong Kong Stock Exchange filings.

On July 25, BlackRock increased its position in BYD to 6.08 percent of the new energy vehicle maker.

The two cuts brought BlackRock's stake in BYD down from 6.21 percent to 5.85 percent, which received a lot of coverage in the Chinese media.

As for the specific reasons for BlackRock's reduction, the Securities Times cited BYD's response on October 19 as saying that the company had tried to communicate with BlackRock but did not get any substantial information and that the move was a free choice for its shareholder.

BlackRock has a habit of frequent trading, which is a short-term behavior, the Securities Times said at the time, citing an unnamed industry source.

BYD subsequently said that it was an investment decision by its shareholder and that BYD was experiencing record sales and was currently operating in healthy conditions.

On November 11, Berkshire reduced its position in BYD H shares once again, for at least the fourth time in the past few months.