China's auto industry is currently maintaining momentum in production and wholesale sales, but growth in the consumer market has been slightly sluggish, the CAAM said. 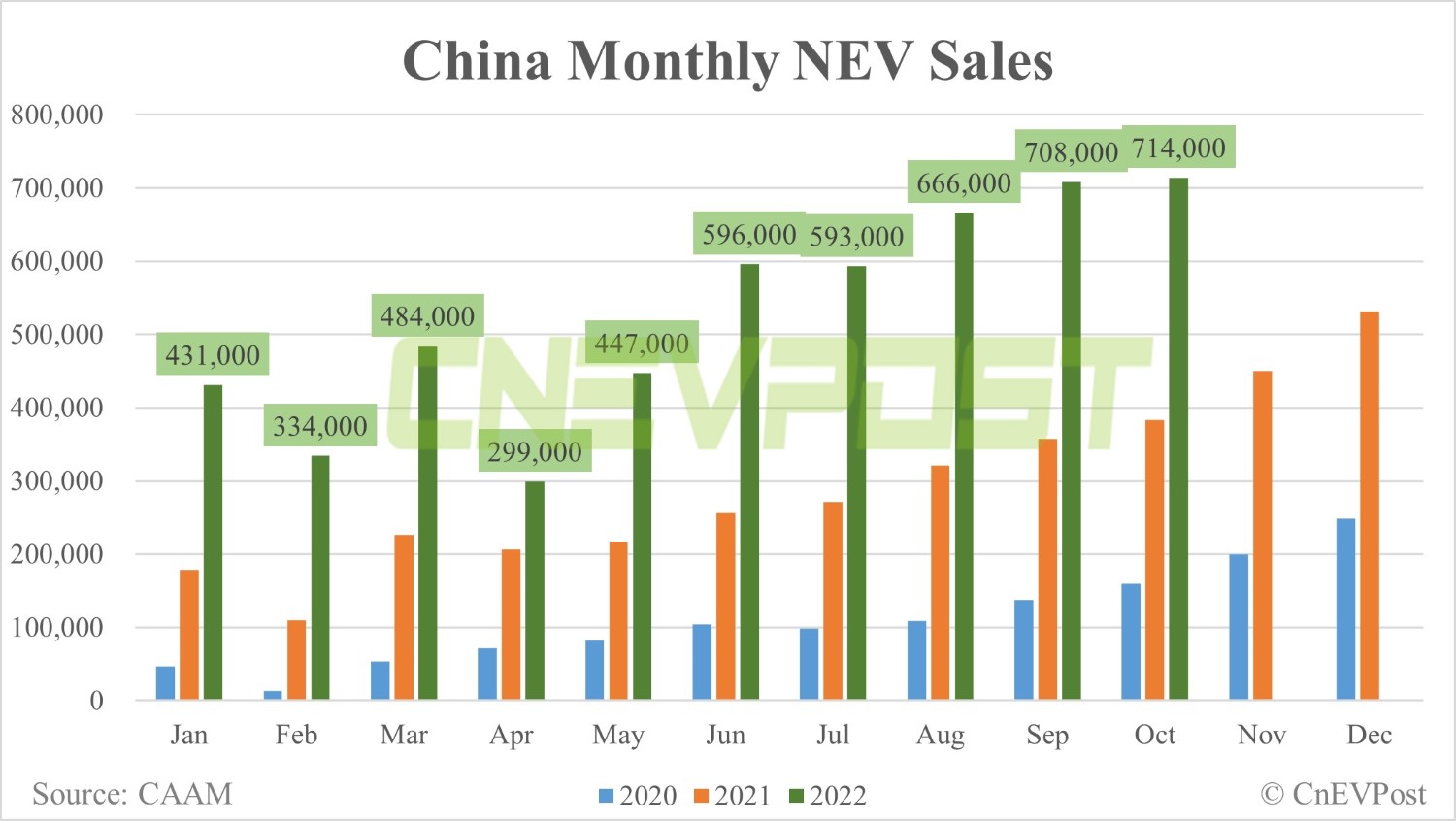 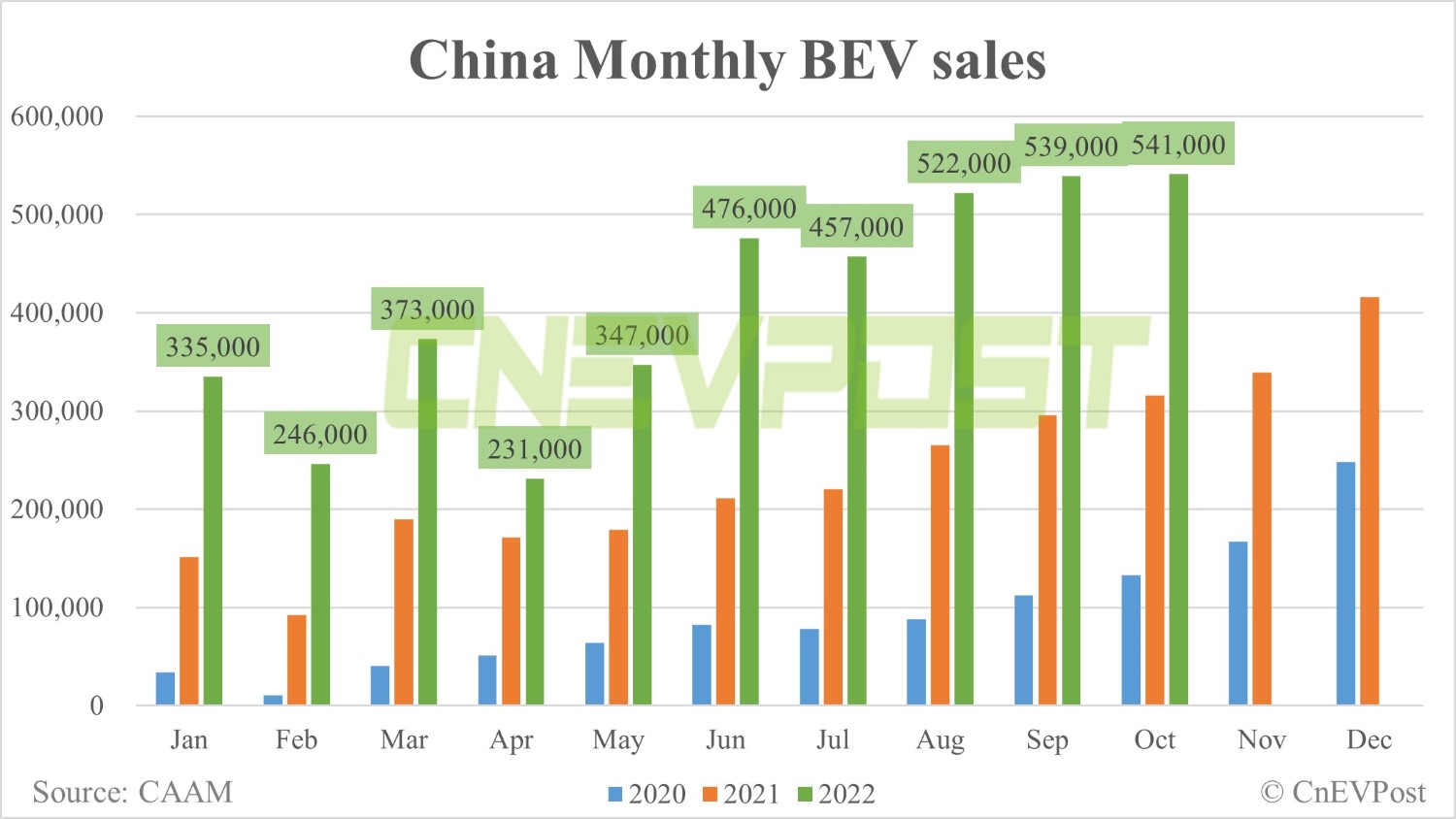 Sales of all vehicles were 2.505 million in October, up 6.9 percent year-on-year and down 4 percent from September. 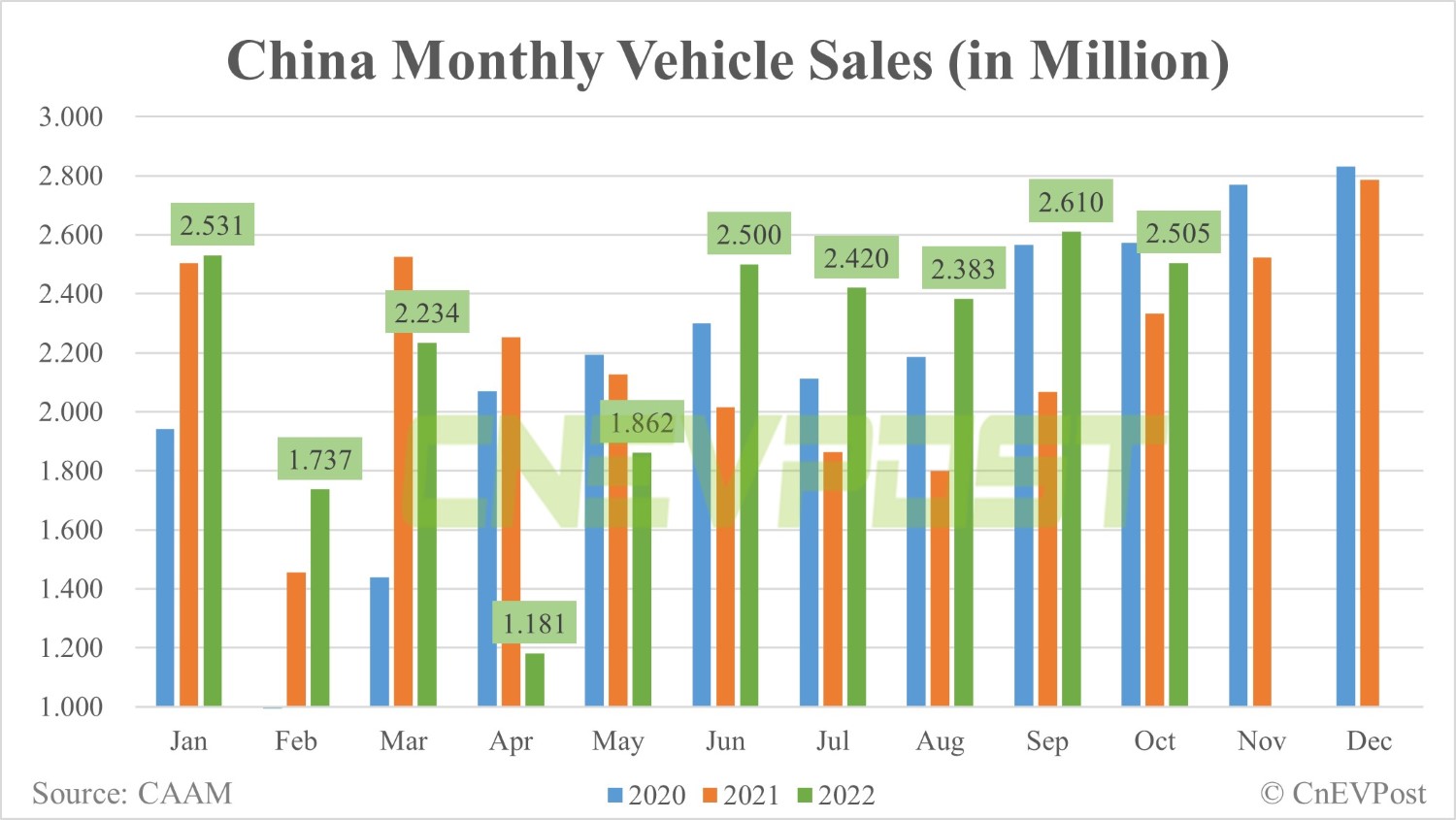 This means that the penetration of NEVs in China was a record 28.5 percent in October, up from 27.9 percent in August. 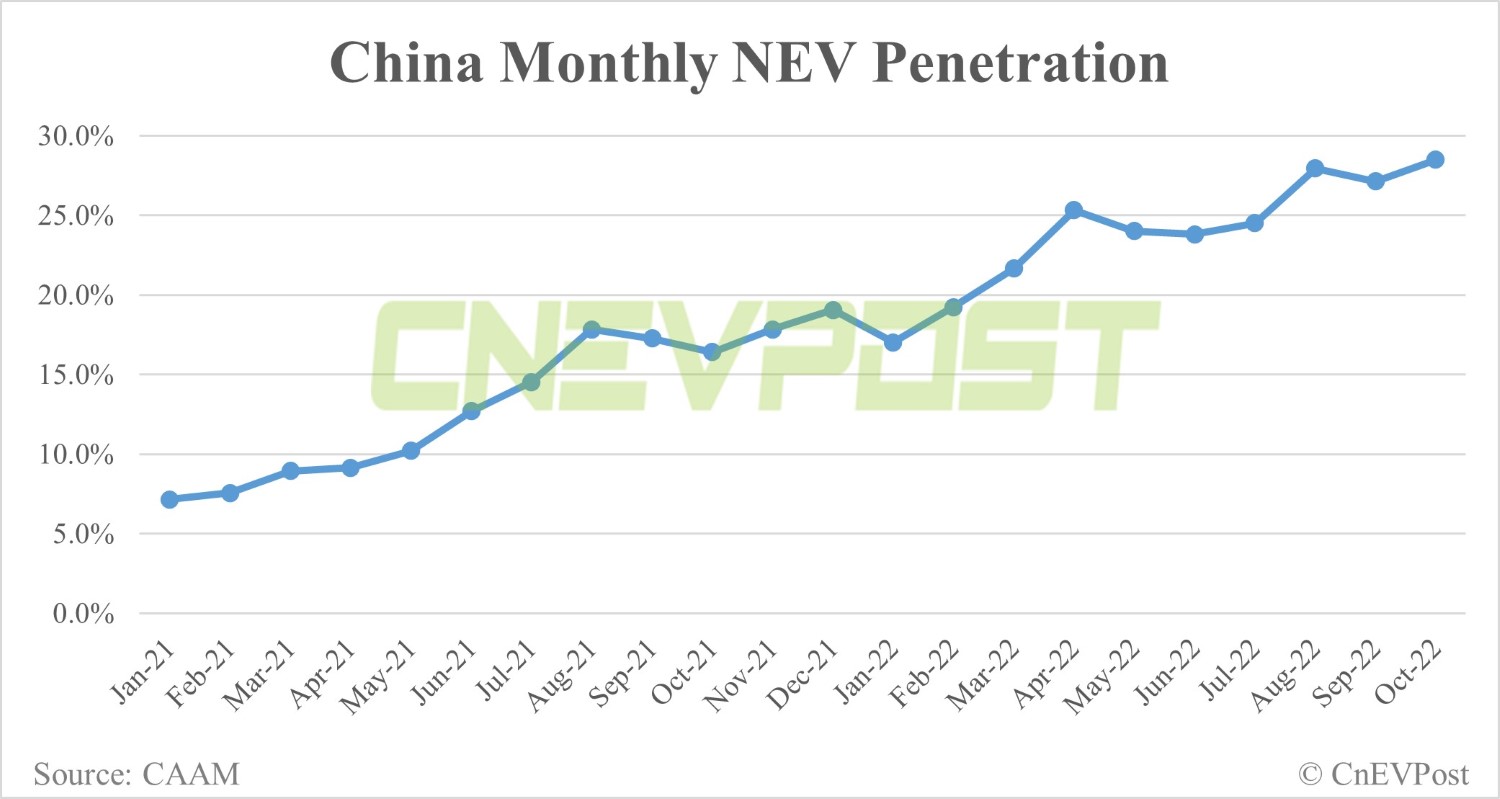 This means that the penetration rate of NEVs in China was 24 percent from January to October.

In October, a record 337,000 vehicles were exported from China, up 12.3 percent from September and up 46 percent year-on-year.

China's auto industry is currently maintaining momentum in production and wholesale sales, but growth in the consumer market has been slightly sluggish and inventory levels have increased, the CAAM said.

With uncertainty over the continuation of purchase tax incentives for traditional internal combustion engine vehicles next year, and subsidies for NEVs set to be withdrawn by the end of the year, along with a sharp rise in raw material prices for power batteries, there is uncertainty about car companies' expectations for the market, the CAAM said.

This adds to the difficulty for car companies in making production and business plans for next year and requires guidance from policymakers, the CAAM said.