In terms of retail sales, the penetration rate of NEVs in China is expected to be about 28.8 percent in October, down from 31.8 percent in September. 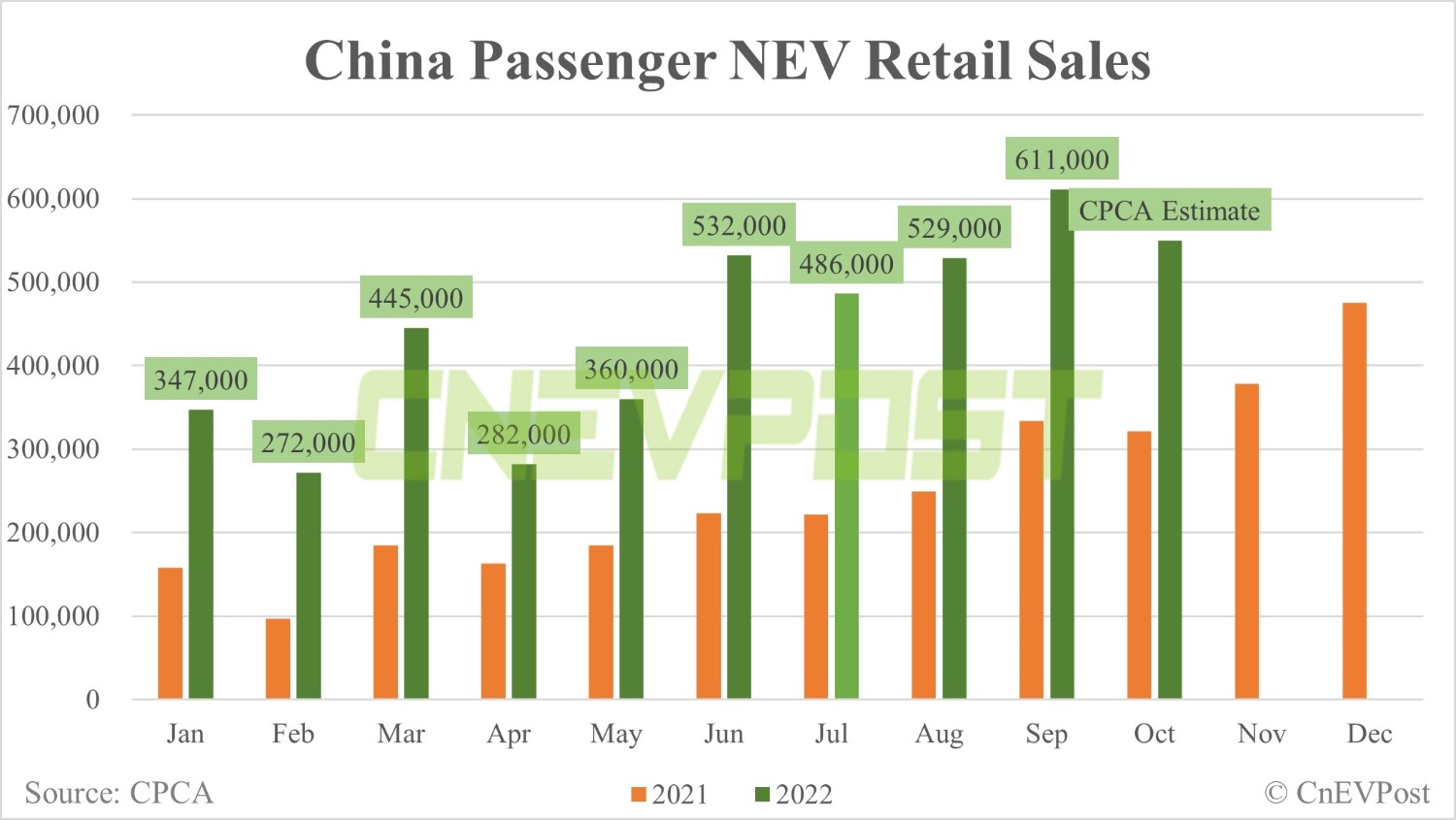 Retail sales of new energy vehicles (NEVs) in China are expected to be 550,000 units in October, up 73.5 percent year-on-year, but down about 10 percent from 611,000 units in September, according to estimates released today by the China Passenger Car Association (CPCA).

For the passenger car market as a whole, October sales are expected to be 1.91 million units, up 11.4 percent year-on-year, according to the CPCA.

This means that in terms of retail sales, the penetration of NEVs in China is expected to be about 28.8 percent in October, down from 31.8 percent in September. 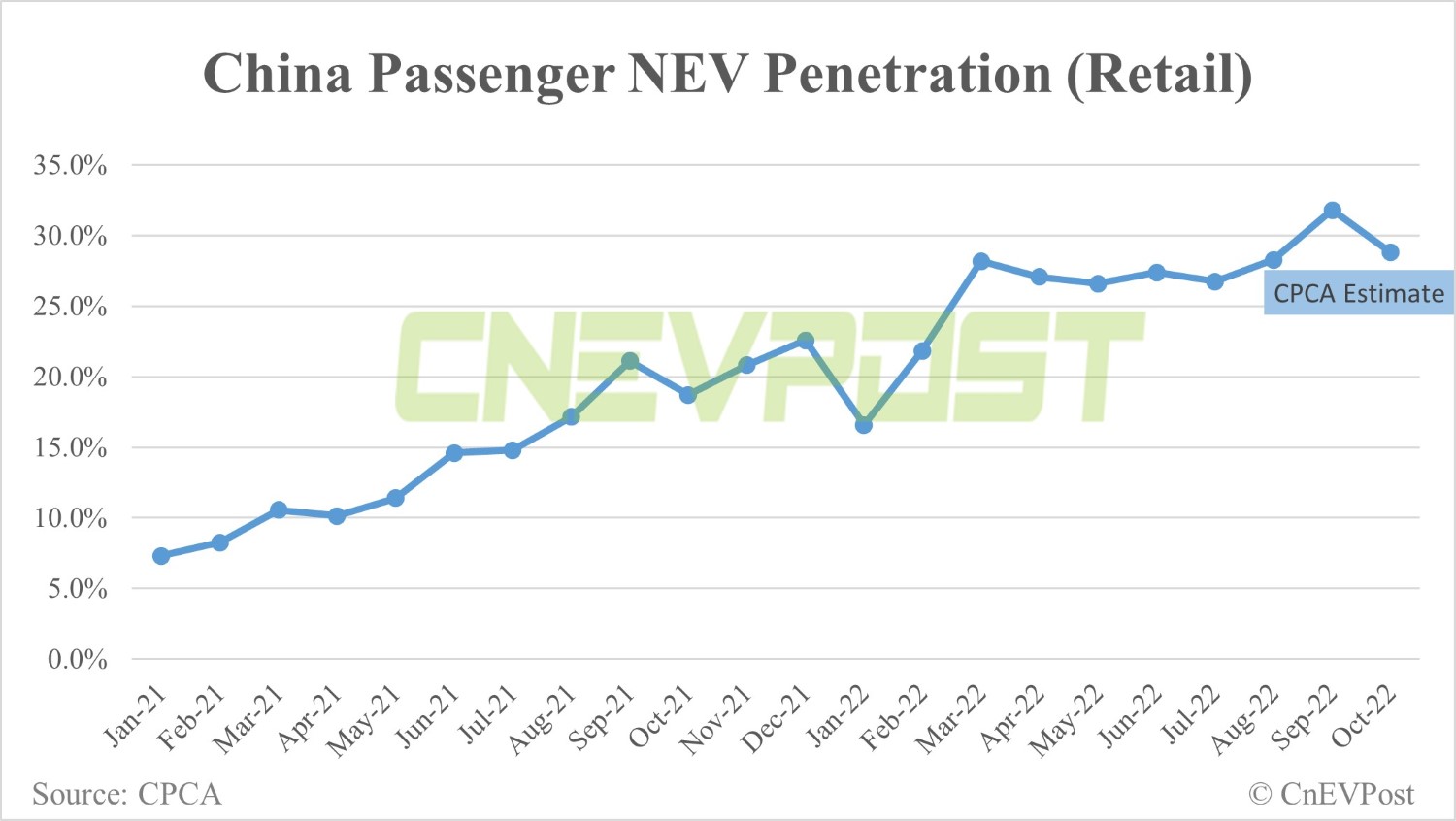 The number of Covid infections fell in the third week of October, and the auto market is expected to stabilize in that week, with retail sales expected to increase about 10 percent year-on-year, the CPCA said.

In the NEV industry, manufacturers are accelerating new vehicle availability near year-end as vehicle companies further release capacity and new products are being launched in volume, according to the CPCA.

Spurred by China's NEV purchase subsidies and the impending expiration of license plate incentives in some regions, some potential consumers may bring forward future spending, which is expected to support the auto market, the CPCA said.

Previous data on insurance registrations showed that sales of NEVs in China were weak during the month.

From October 3-9, China's new energy passenger vehicle sales, as measured by insurance registrations, were 71,177 units, up 46.71 percent year-on-year and down 49.81 percent from the previous week, data shared by auto blogger @朱玉龙-YL on October 11 showed.

From October 10 to 16, the number of new energy passenger vehicle insurance registrations was 108,000, up 59.20 percent year-on-year and up 51.19 percent from the previous week, according to data shared by the blogger on October 18.