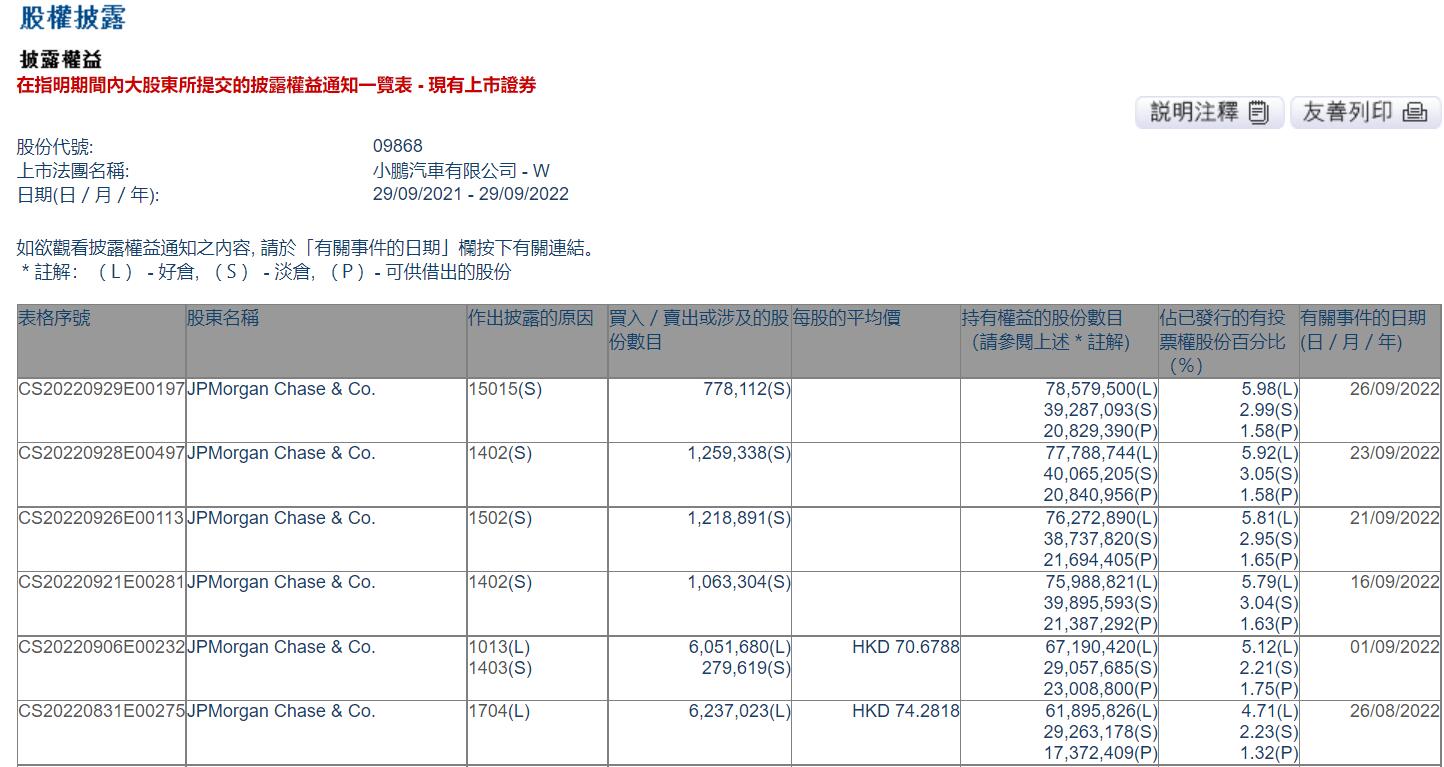 JPMorgan Chase has increased its position in shares of XPeng Motors traded in Hong Kong several times in the past month, despite the continued decline in the electric vehicle company's share price.

XPeng has fallen about 37 percent in Hong Kong since August 26, trading at an average price of HK$60.15. 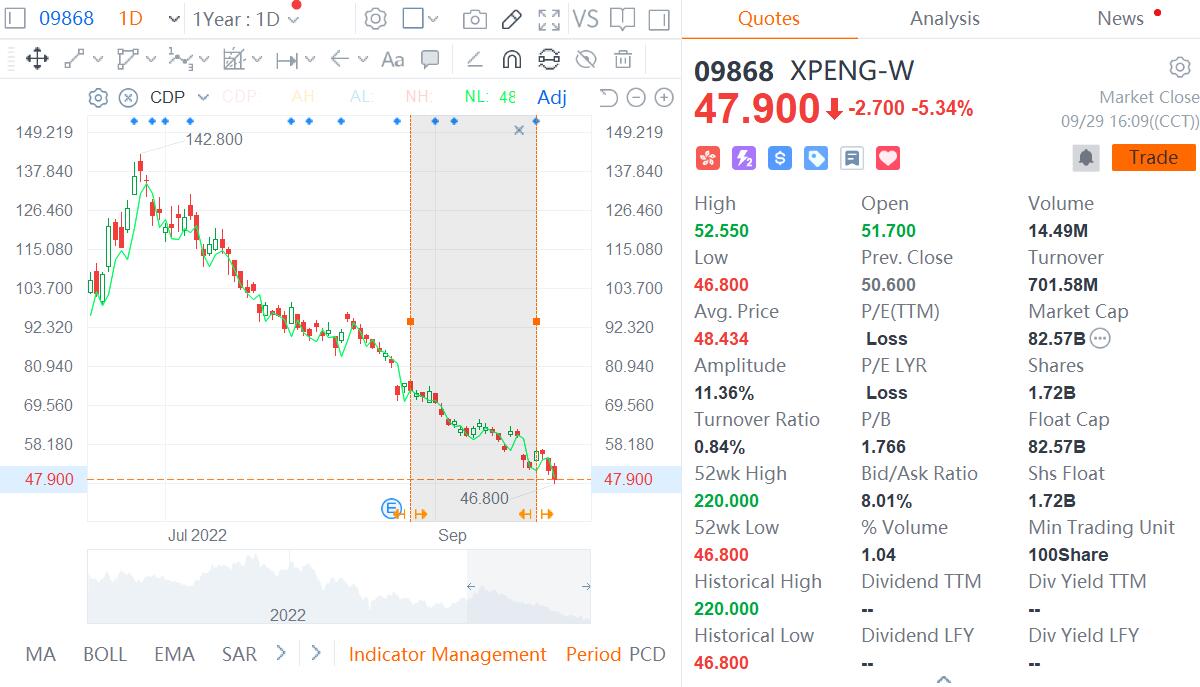 That means JPMorgan Chase has spent about HK$1 billion ($127 million) to increase its stake in XPeng's stock in the past month.

XPeng's share price has continued to fall over the past three months, with a cumulative drop of about 62 percent so far.

The company officially launched its flagship SUV, the G9, earlier this month, but the model has not succeeded in generating optimism among investors and XPeng's share price continues to fall.

Simplicity Holding, which is wholly owned by XPeng Chairman and CEO He Xiaopeng, bought a total of 2.2 million American Depositary Shares (ADSs) of XPeng in the open market on September 23 at an average price of $13.58 per ADS, according to an announcement by XPeng on the Hong Kong Stock Exchange on September 25.

This means that the XPeng CEO bought additional shares of XPeng at a cost of about $30 million.

XPeng closed up 8.74 percent in Hong Kong on September 24, though it was essentially flat on Tuesday.

Over the past two days, XPeng shares have continued to suffer sell-offs, falling 9.72 percent and 5.34 percent to close at HK$47.9 in Hong Kong today.