From January to August, the Model Y sold 172,418 units in China, nearly tripling the sales of the Model 3, which has the seventh highest value retention rate. 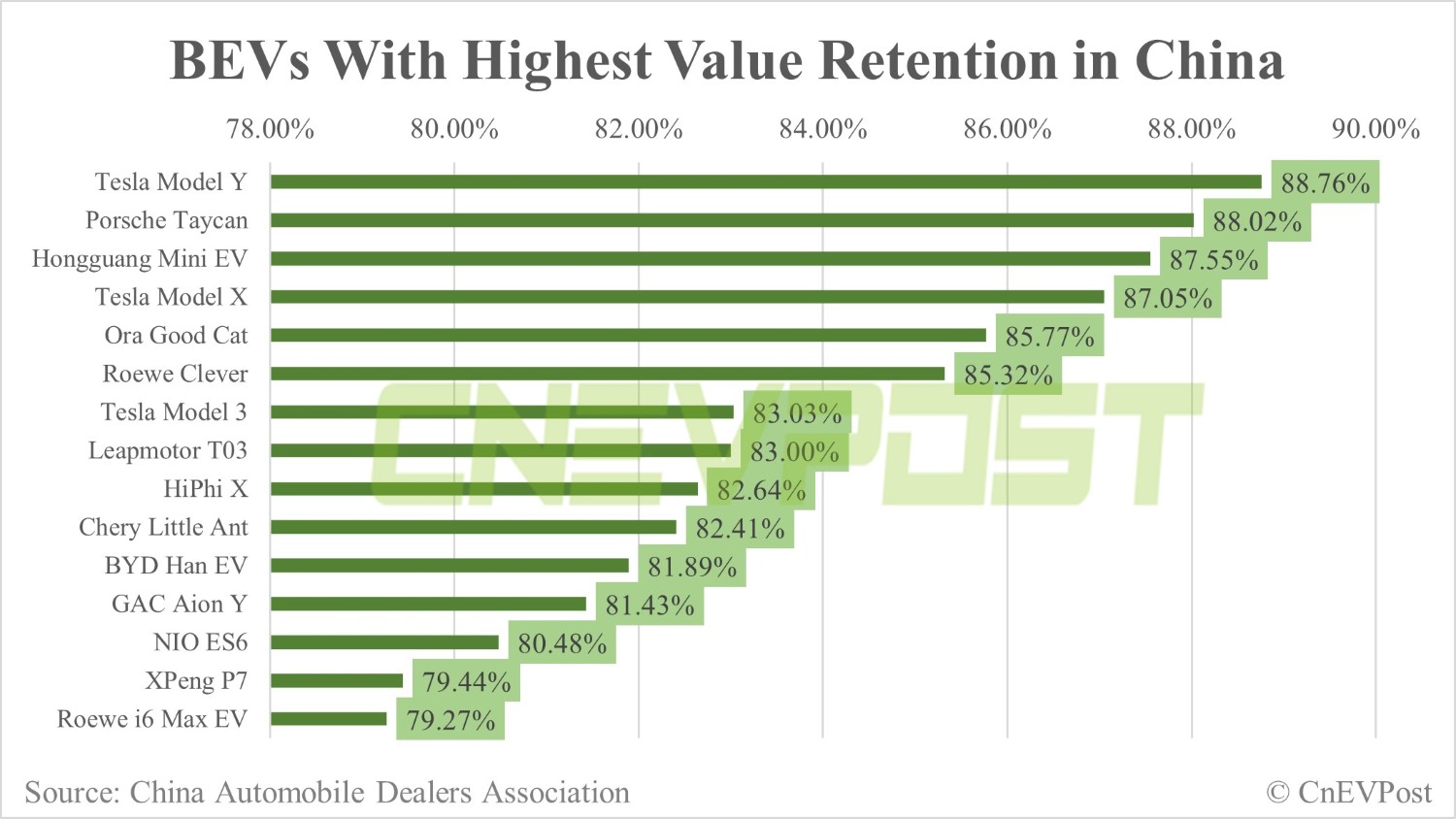 As the best-selling premium SUV in China, the Tesla Model Y also has the highest resale value among pure electric models.

With a one-year value retention rate of 88.76 percent, the Tesla Model Y holds its value best among battery electric vehicles (BEVs) sold in China, according to a list released by the China Automobile Dealers Association (CADA) on September 15.

The list's value retention data is based on used vehicle sales prices in good condition and reflects the situation in the first half of the year, according to the CADA.

Tesla has a factory in Shanghai that produces the Mode 3 sedan as well as the Mode Y SUV.

In China, consumer preference for SUVs has made the Model Y far more popular than the Model 3.

That makes the Model Y the best-selling of all premium SUVs, starting at more than 300,000 yuan ($43,360), in China in August, according to the CPCA's rankings.

And in June, the Model Y was the best-selling SUV of all price ranges in China, with 52,150 retail sales for the month.

From January to August, the Model Y sold 172,418 units in China, nearly tripling the Model 3's 64,730 units, data from the CPCA monitored by CnEVPost shows.

The Porsche Taycan has the second highest resale value, with a one-year retention rate of 88.02 percent, according to the CADA.

The inexpensive Hongguang Mini EV came in third, with a one-year value retention rate of 87.55 percent.