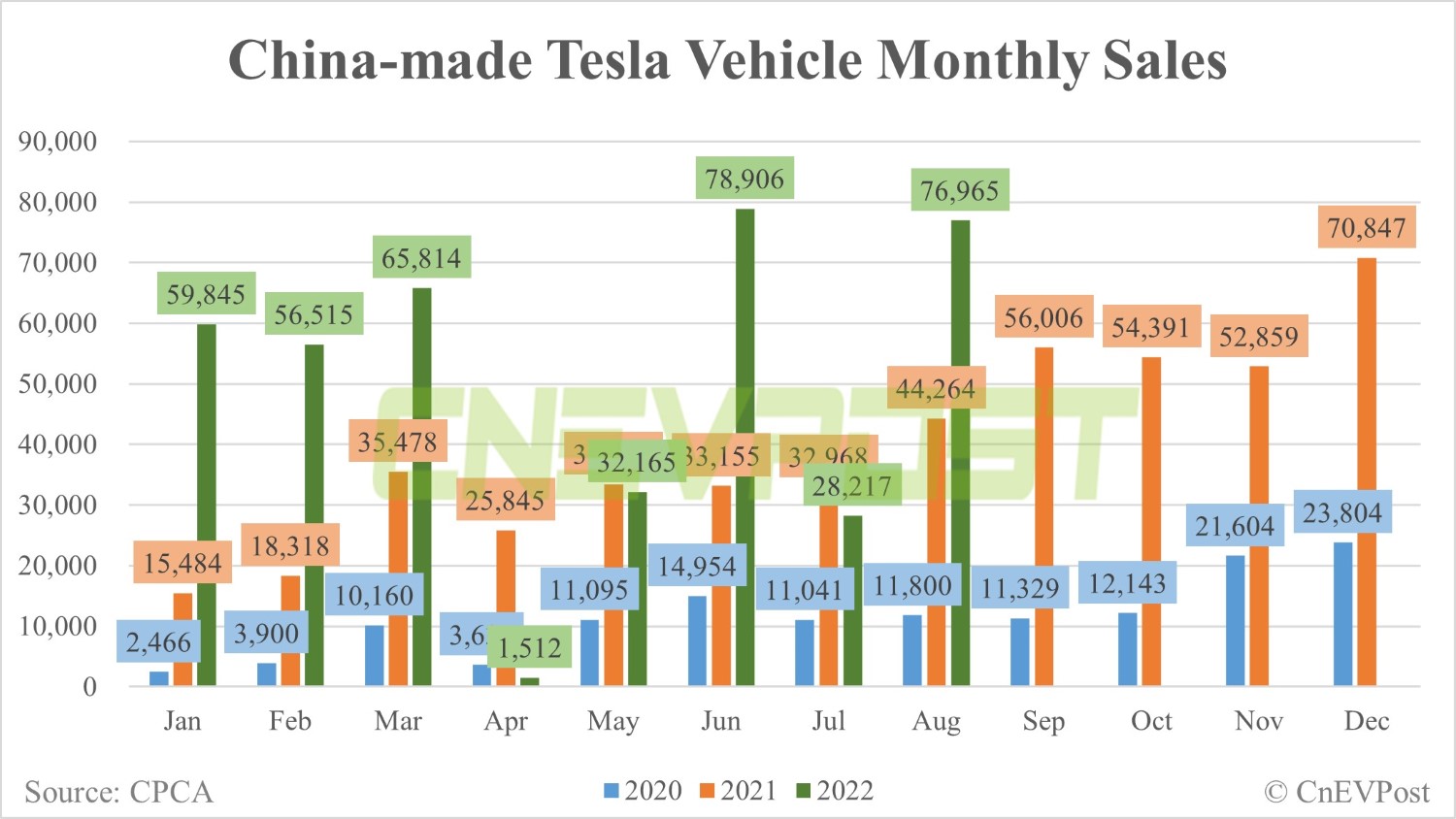 Tesla sold 76,965 China-made vehicles in August, the second highest on record after June's 78,906, according to data released today by the China Passenger Car Association (CPCA).

Tesla has only one factory in China, located in Shanghai, that produces the Model 3 and Model Y. The two models had global-facing sales of 14,796 and 62,169 units, respectively, in August. 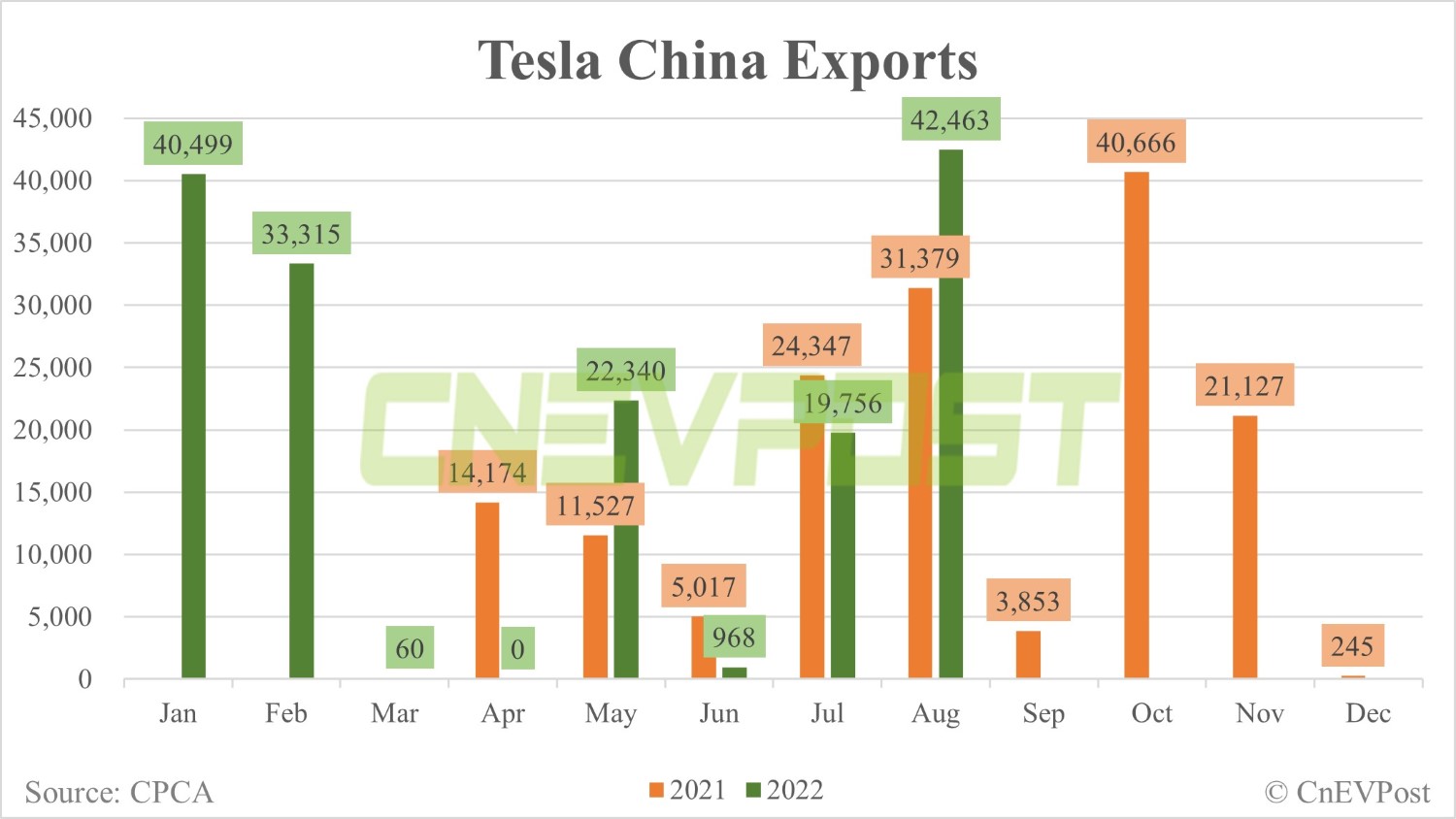 It's worth noting that Tesla typically produces vehicles for export in the first half of each quarter and for local deliveries in the second half.

"Tesla makes cars for export in first half of quarter & for local market in second half," the company's CEO Elon Musk's account wrote on August 18 on Weibo in both Chinese and English.

This means that in September, Tesla is expected to deliver significantly more vehicles to Chinese consumers.

Cui Dongshu, secretary-general of the CPCA, said earlier this month that Tesla China's sales in August were expected to reach 77,000 units.

With Tesla's capacity utilization increasing, production was strong after the end of July, although it encountered brief pressure on parts supply, Cui said on September 1.

Tesla's China-made vehicle sales jump in August was due to a significant increase in capacity at its Shanghai plant following an upgrade.

On July 20, Tesla's second-quarter earnings report showed that Giga Shanghai has an annual capacity of more than 750,000 vehicles, making it Tesla's largest factory in the world.

According to several media reports in August, Tesla upgraded the production line at Giga Shanghai from late July to early August, and the annual production capacity will be expanded to about 1.1-1.2 million units after the upgrade is completed.

With the increased capacity of the Shanghai plant, the wait times for Tesla vehicles in China is being significantly shortened.

On August 31, Tesla shortened the wait time for Model Y entry-level models in China from 4-8 weeks to 1-4 weeks.

On September 7, Tesla shortened the expected delivery time in China by six weeks for all models except the entry-level Model Y.