Owners need to refer at least 5 friends to sign up as members on the Ford Mustang Mach-E app and refer 1 friend to complete their first test drive. 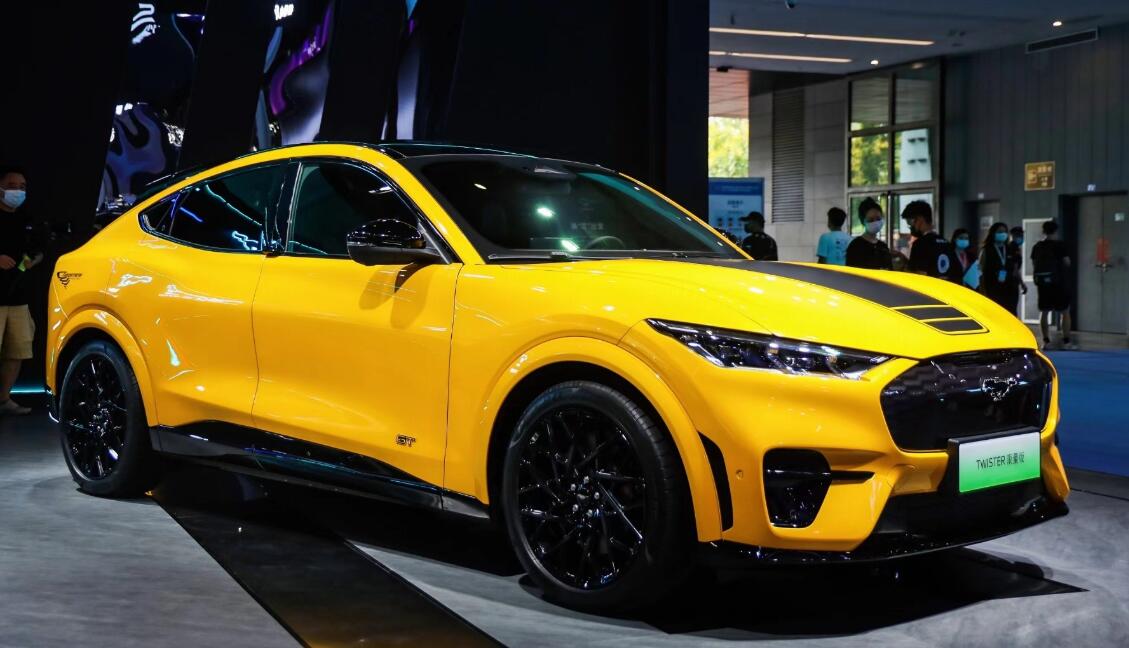 Several car companies in China are offering owners to upgrade their cockpit chips to Qualcomm's Snapdragon 8155, some for free and some for a fee. Ford, on the other hand, has come up with a new twist and has sparked some controversy.

Ford announced on the opening day of the Chengdu auto show on August 26 that it will upgrade the cockpit chip to Snapdragon 8155 for Mustang Mach-E consumers for free, whether they have already received a delivery or are purchasing a future vehicle.

The free upgrade is designed to bring consumers a better smart cockpit experience through a more powerful computing platform and ongoing software optimization of the OTA, Ford said.

The plan received a lot of praise after being announced, with some bloggers saying that while the 820A is the choice of many car companies, it is no longer the flagship chip, and Ford's move responds to the calls of owners.

Ford Mustang Mach-E also shared the plan with a poster on its official Weibo account, though the smaller font text in it shows that owners need to refer at least 5 friends to sign up for membership in the Ford Mustang Mach-E app or its mini program.

In addition, they also need to refer 1 friend to complete their first test drive. 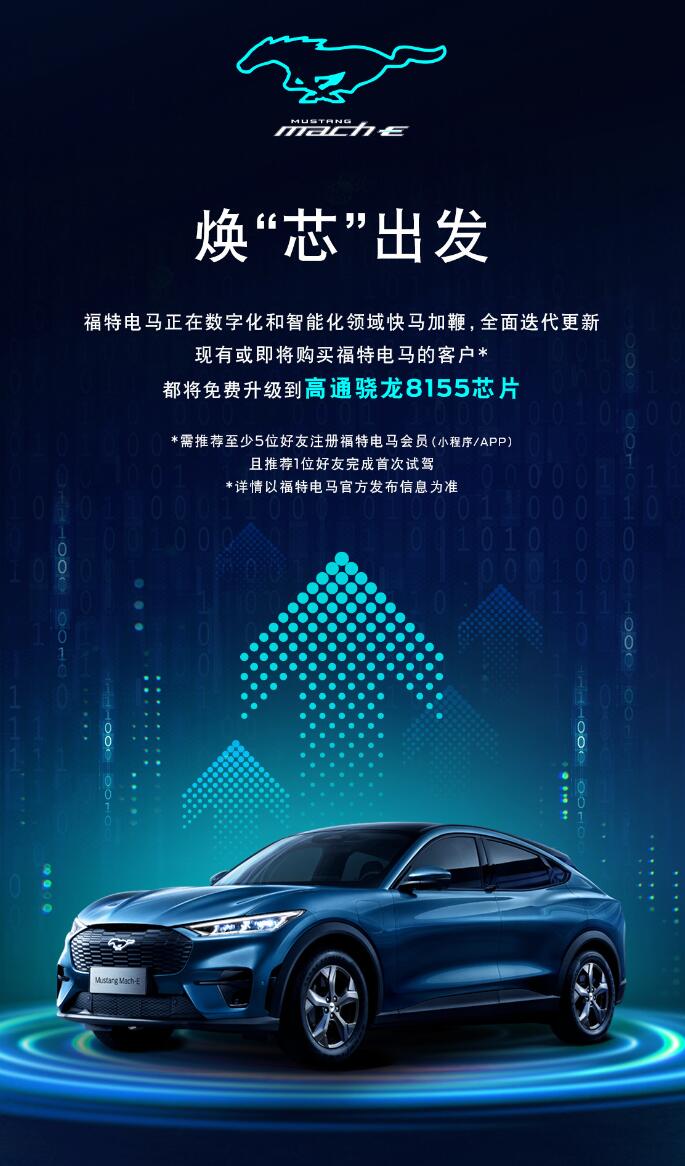 It's worth noting that for new owners who order the model, the undelivered vehicles still use the 820A chip, and if they wish to upgrade to the 8155 chip, they will also need to complete these tasks, according to several local media reports.

The move has sparked some controversy among Chinese Internet users, with some media reports calling it a pyramid scheme and some reports saying it's free but still costly.

NIO announced the smart system of Alder based on Qualcomm 8155 chip when it launched the new SUV ES7 on June 15, allowing existing ES8, ES6 and EC6 owners to pay for the upgrade for RMB 9,600. With the additional option of a 5G high-performance central gateway, the price is RMB 12,600.