XPeng G9 review: A sporty SUV with loads of space, only thing left is pricing 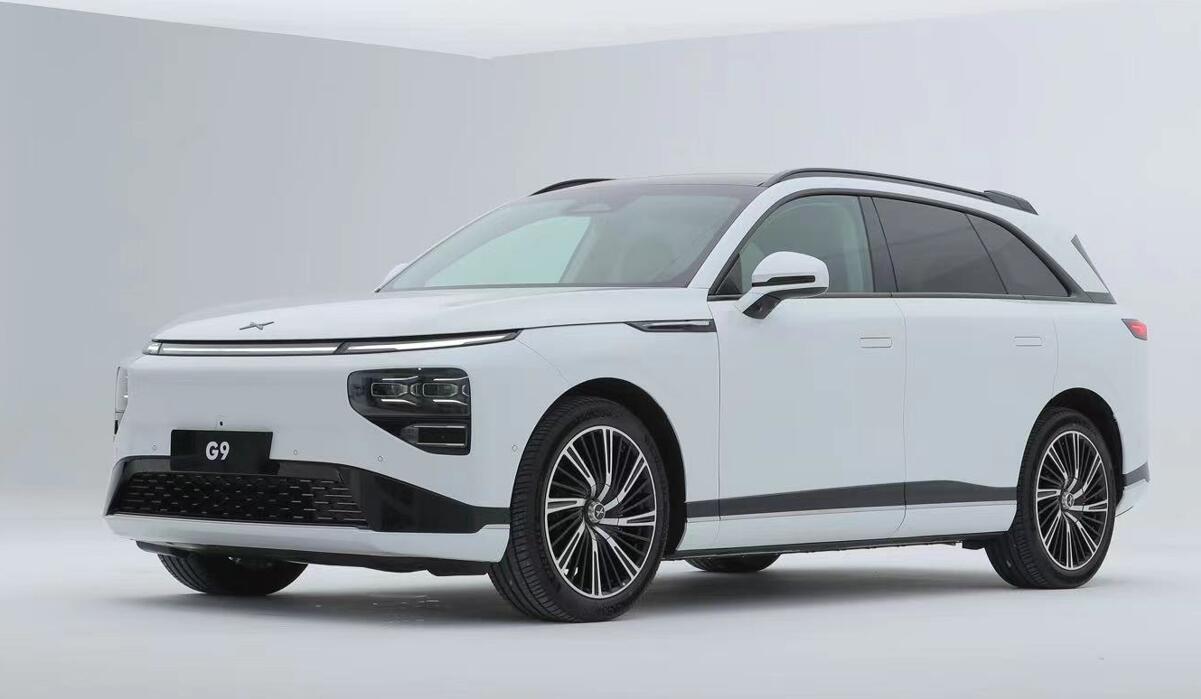 XPeng finally unveiled its long-awaited large SUV, the XPeng G9. Seemingly absent from XPeng's line-up for years has been a decently sized SUV.

The XPeng G9, although having a decent-sized wheelbase is strictly a 5-seat SUV boasting a class-leading back seat & boot space.

Luckily, I was invited down to Guangzhou to gain a first look at the brand new XPeng G9 & its interior, ahead of its full debut at the Chengdu Auto show.

Although a brief look, I was able to film the G9 and get a feel for what it was about. XPeng has already informed me to keep my schedule clear for a test drive of the XPeng G9 in September.

The XPeng G9 follows the P7 styling, belonging to the "Sports" side of the model lineup. Unclear where exactly the G3i sits, undoubtedly the P5 is part of the "family" side.

The XPeng G9 is a long-nosed, smooth, handsome SUV following the already renowned look of the P7 sports sedan. Up until now, the P7 has been the standout design exterior-wise in the XPeng range.

The G9 being an XPeng has a lightsaber LED bar stretching across the bottom to the bonnet. The darkened headlight cluster mimics the P7's, but in the G9 it's larger, due to the inclusion of the LiDAR units. 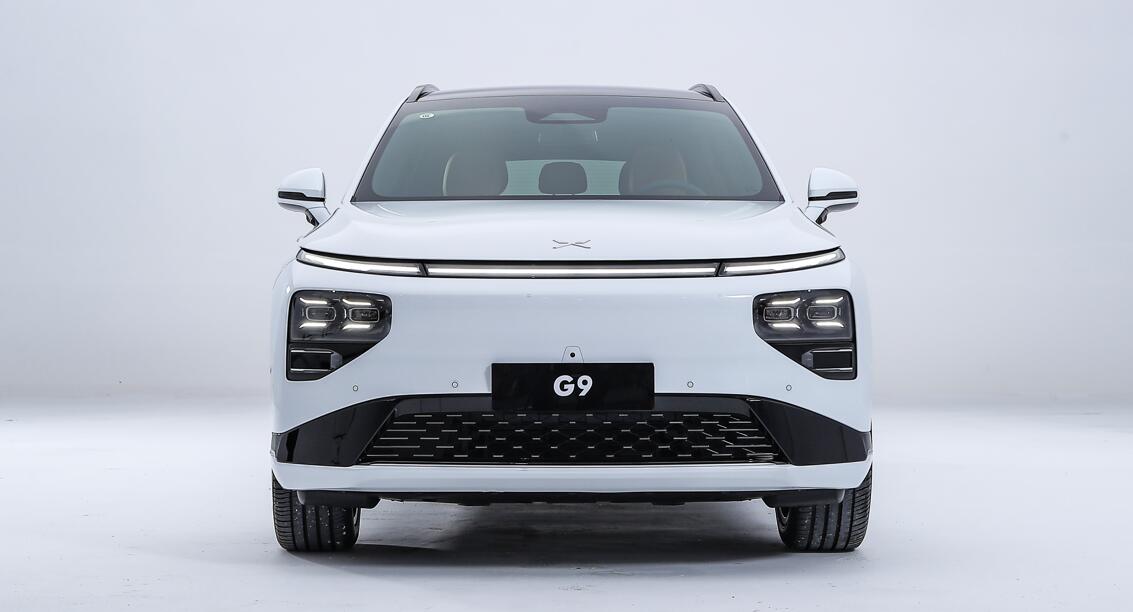 Somewhat like the P7, the XPeng G9 has a lower black fascia, but here on the SUV, it is broken up by some white detail.

I was never a fan of the P7's black fascia that stretched to the bottom, a very thinly veiled attempt to make the car look sleeker. An illusion that failed pretty quickly as you drew nearer. Here the G9 manages to look more athletic, whilst retaining that aerodynamic smooth look.

The side is mostly a smooth proceeding, employing XPeng's usual pop-out handles.

The wheels on our model were cyclone multi-spoke design with a faux center lug, they look the business from 2 meters away.

The belt-line of the XPeng G9 is extremely flat, whilst the roof line breaks suddenly down into a wide and proud d-pillar. This gives the illusion of a sporty coupe-ish style roofline without the actually drop normally associated with such a racy look.

The cabin is pushed back behind the long nose just emphasizing the sporty intention. XPeng hasn't given any specifics merely stating the acceleration to 100kph will be dispatched in under 4 seconds, definitely sporty enough.

The rear LED taillights are completely unique to the G9, wrapping around the rear corner and spilling into the side profile. They have a solid bar of light, complemented with some patterning underneath. 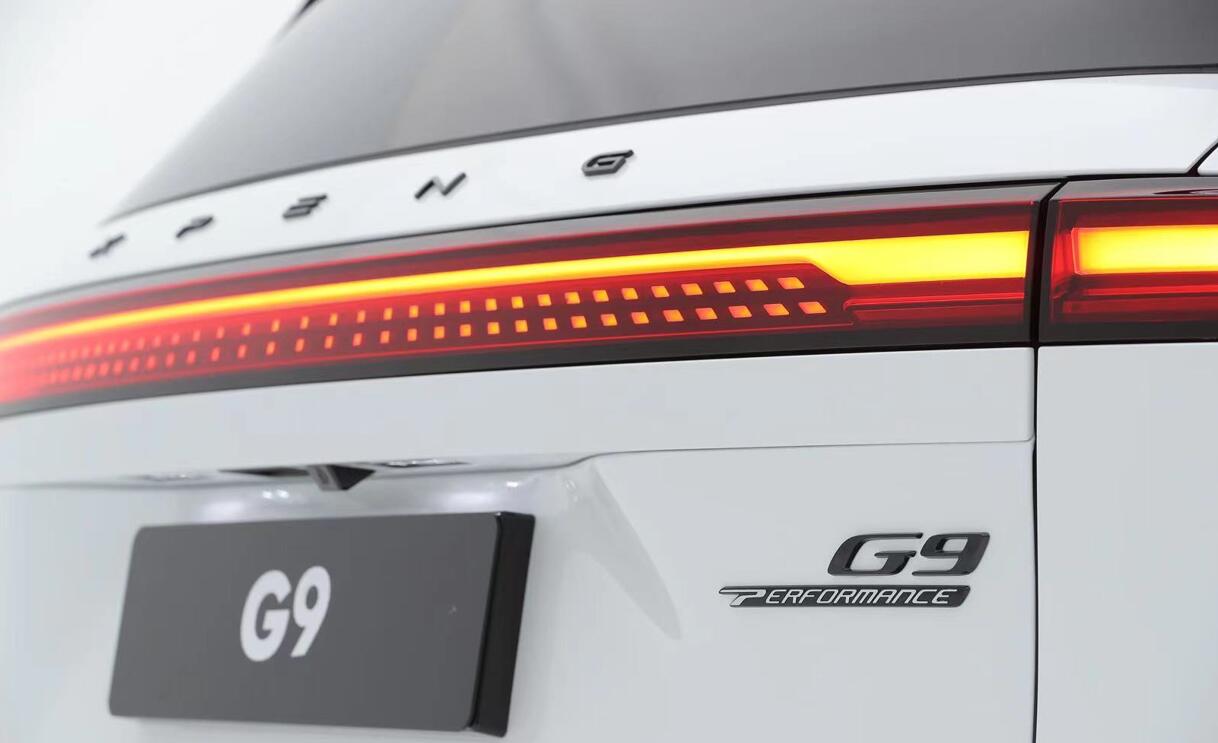 Talking about spilling over, the front lightsaber stretches back into the side, with the headlights and LiDAR on full display.

This isn't surprising as the Lead Exterior Designer confirmed the LiDAR units are in place to optimize their FOV; XPeng sees this as an advantage over a single roof-mounted unit. 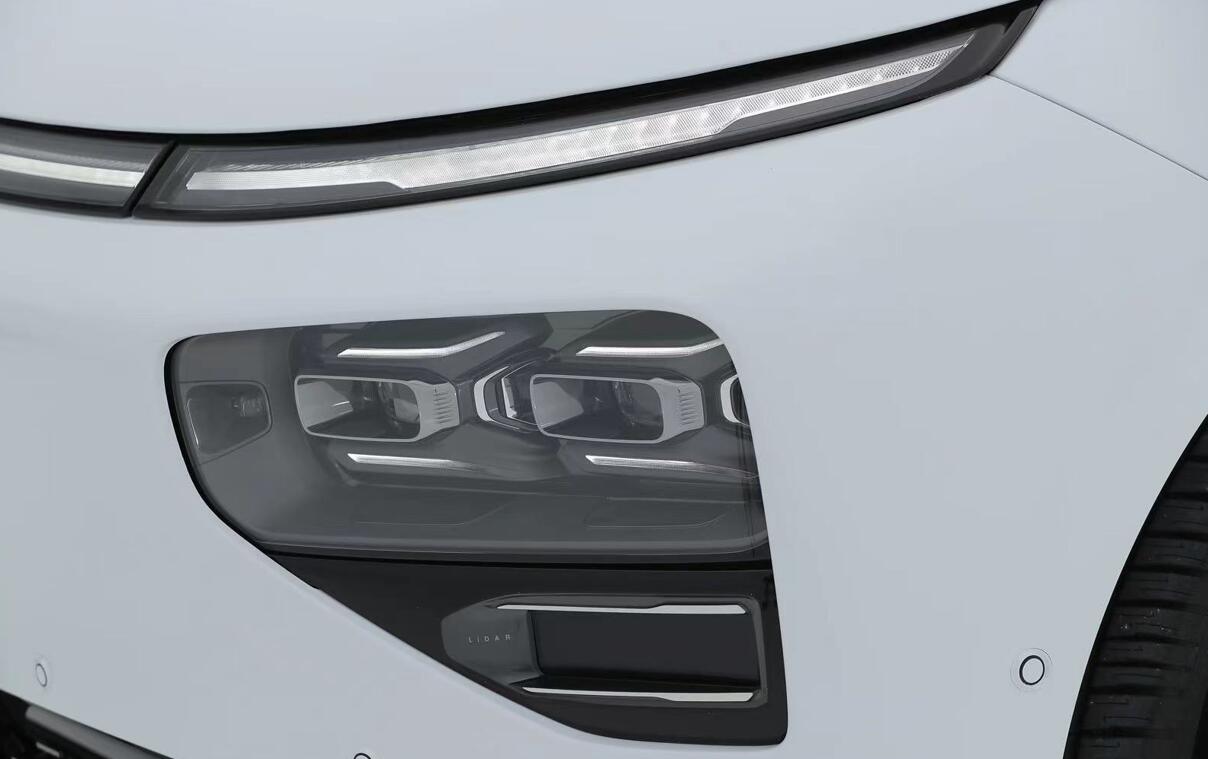 Alongside the integrated roof spoilers for those more adventurous owners, the XPeng G9 comes with an auto-deploying tow bar, probably aimed at future European buyers.

The XPeng P7 has already become somewhat of an iconic Chinese EV in terms of styling. Personally, I'm hoping the refreshed P7 looks to the improvements made in the XPeng G9. It's a handsome, suave-looking thing. 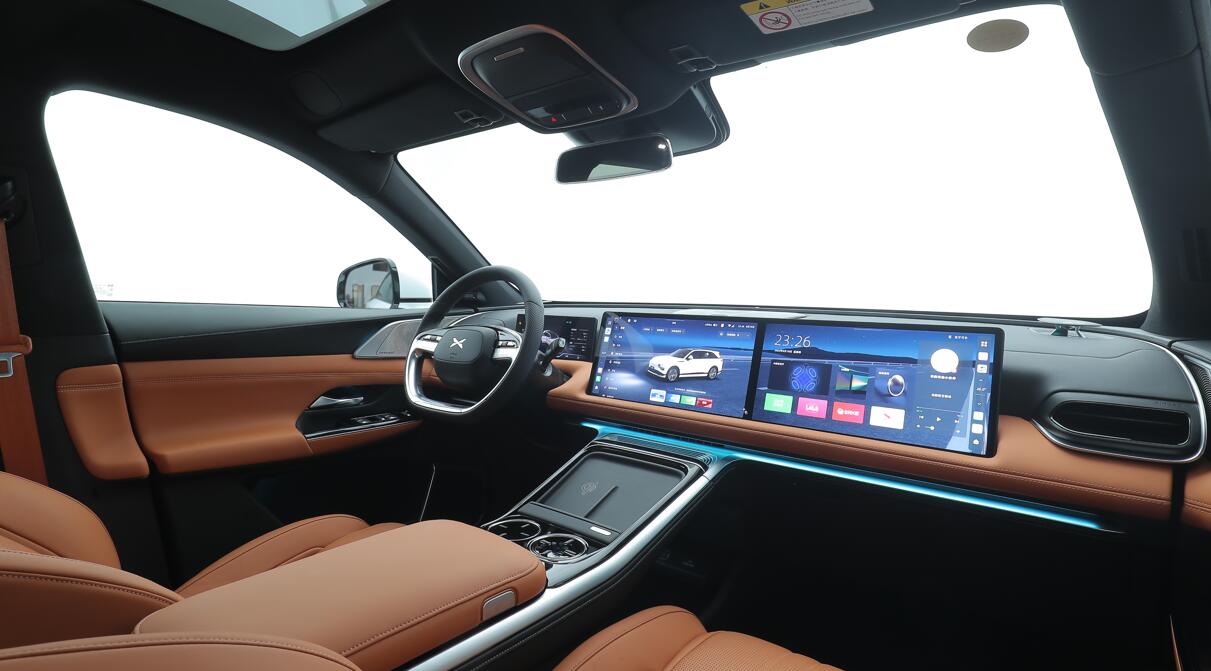 I was lucky enough to be one of the first to jump inside the brand-new XPeng G9's interior. First impression…is this an XPeng interior?

It's kind of hard to tell as each model so far has been completely different interior-wise. Whilst the exterior is clearing aping that of the XPeng P7, the interior is once again something completely new.

That's not to say it's a bad interior, far from it. The materials are a class above the P7, soft Nappa leather seats that you sink into, with seat comfort as good in the back as the front, that's actually quite rare.

But without a defined brand interior style like its competitors, it runs the risk of feeling almost generic. The pop-up dash tweeter speakers remind you you're in an XPeng, but apart from that the interior is almost completely revised. 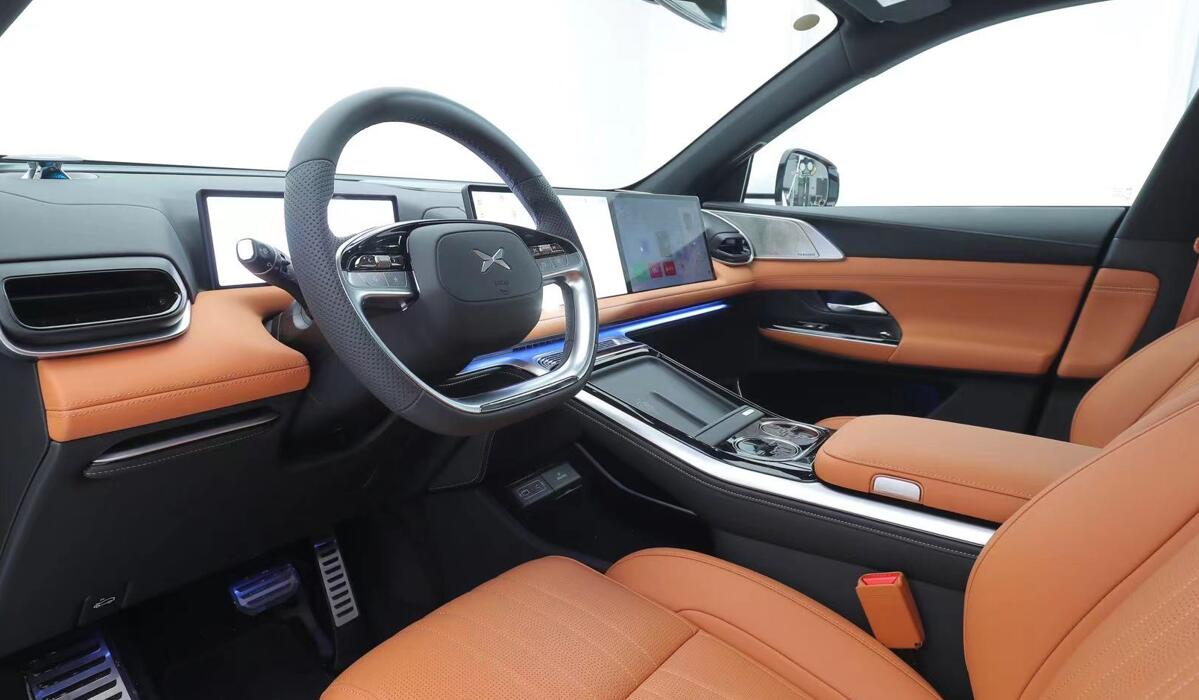 The front seats boast heat, ventilation, and massage function, almost a standard at this level nowadays. I'd point out, from the pictures I was expecting the same skinny steering wheel found in the P7, but was pleasantly surprised how nice the XPeng G9's updated, slightly smaller wheel felt.

That goes for the whole cabin hip up, good soft leather & faux leather, as well as decent metal touch points throughout. Dig down lower and as to be expected the metal is replaced with plastic-looking metal and harder plastic trim.

But if it seems like I'm moaning I'm not. It's a huge step up in material quality, and my poking and prodding, shaking and pulling reassured me the interior is far superior to the P7.

Having met with the Lead Interior Designer they'd like to point to the Canton Tower-inspired seat detail design or the Fibonacci pattern speaker grilles. But let's be honest, if it feels good, if it's screwed together well, that's all that matters.

There is dual wireless phone charging pads in the corner console. A couple of push-down cup holders & a better-made two-way opening center console storage. Underneath the center console, you'll find space for a handbag or large items, as well as USBs & 12V sockets.

What you won't find on the center console are buttons. Everything is done via the two 19.96-inch central touchscreens. Luckily you can seamlessly swipe or push the screens between driver and passenger, giving access to everything to either person in the front.

The rear has the same level of quality, soft Nappa leather seats, metal touch points, etc. The rear seat will have heat, ventilation, and massage function on top models. 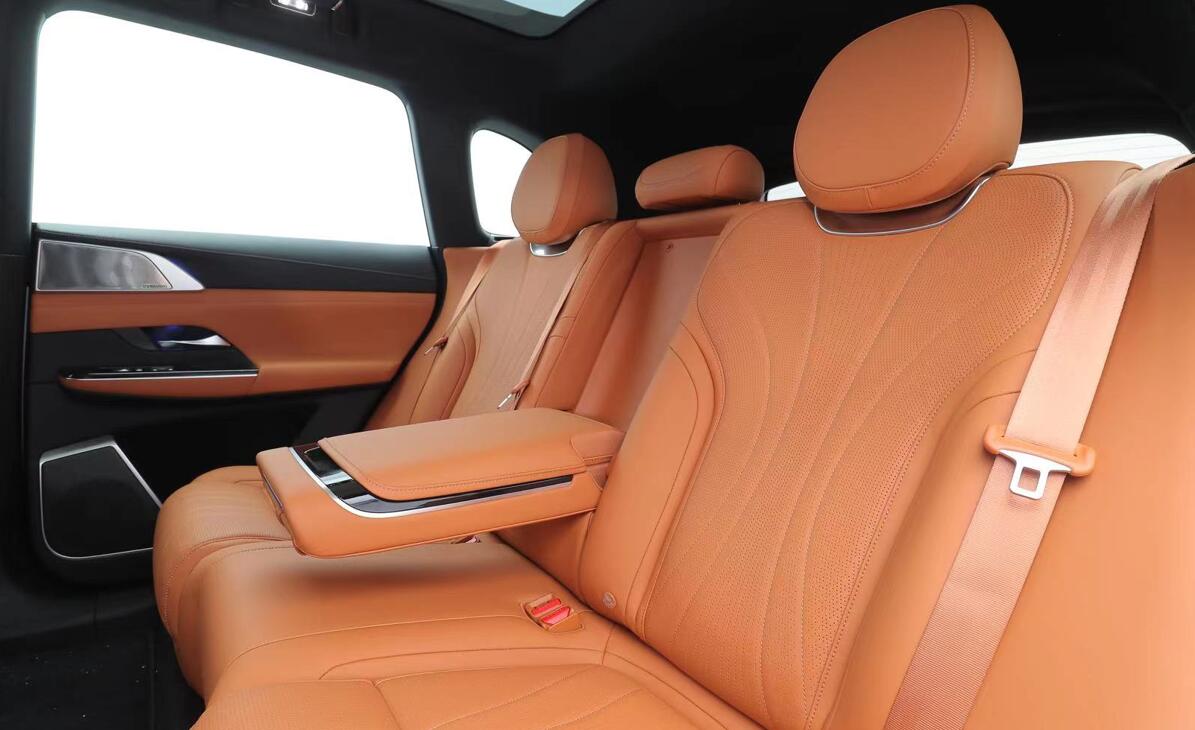 The passenger behind the front passenger has controls on the front seat to move it out of the way for extra room and comfort.

The boot is extravagant, having been in a lot of 3-row SUVs of late, the XPeng G9's strict 5-seat layout gives way to a huge 660L of boot space.

XPeng claims it's enough room to shove four golf bags back there. It's also flat bottomed and if you have the air suspension it will drop on its back axle aiding loading. 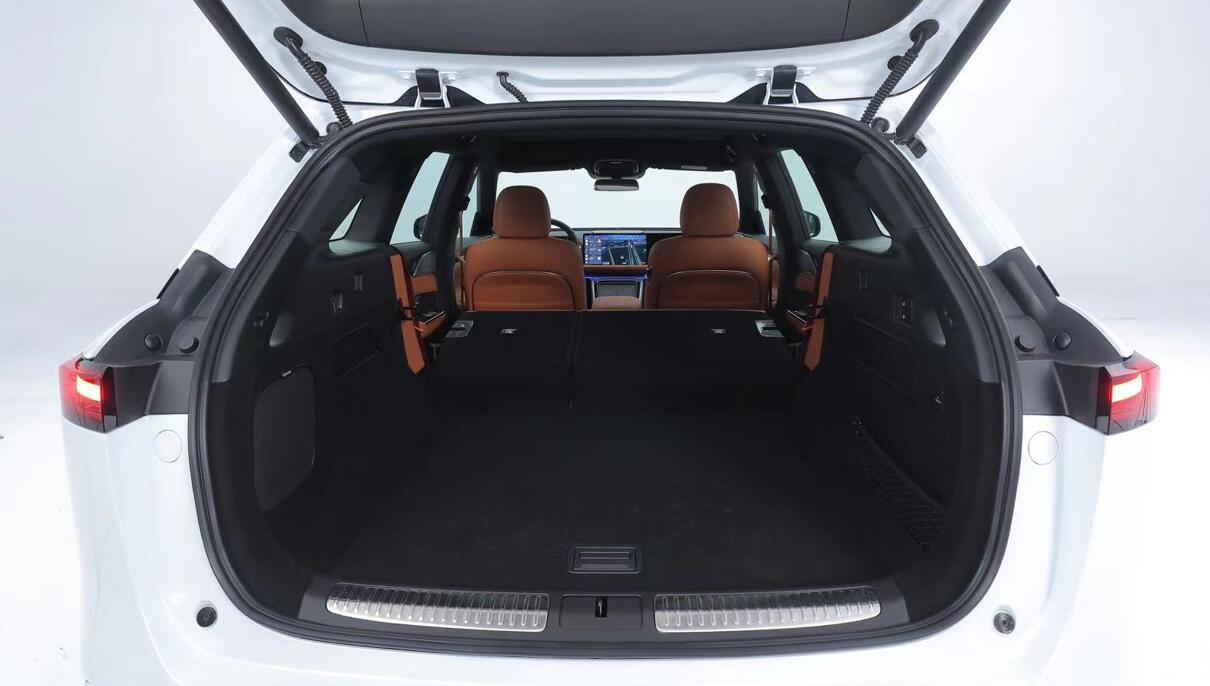 XPeng is obviously known in China for its focus on its ADAS capabilities. The XPeng G9 is said to ultimately be a "Start to Park" ADAS system.

What that exactly means we don't know right now. But XPeng says it will be able to go from driving in car parks and slow-moving traffic to seamlessly switching to city & highway NGP.
We know XPeng is currently testing City NGP on public roads, but we doubt it will be ready on delivery of the XPeng G9.

With the air suspension, CDC & LiDAR, the XPeng G9 is said to be able to anticipate road conditions, adjusting the suspension accordingly in an effort to improve ride comfort. Again this is something we hope to experience on our drive next month.

The other big focus for the XPeng G9 is the new immersive media system dubbed Xopera. It's a 2250W, 28-speaker system with Dolby Atmos 7.1.4 with audio tie-in partner Dynaudio. 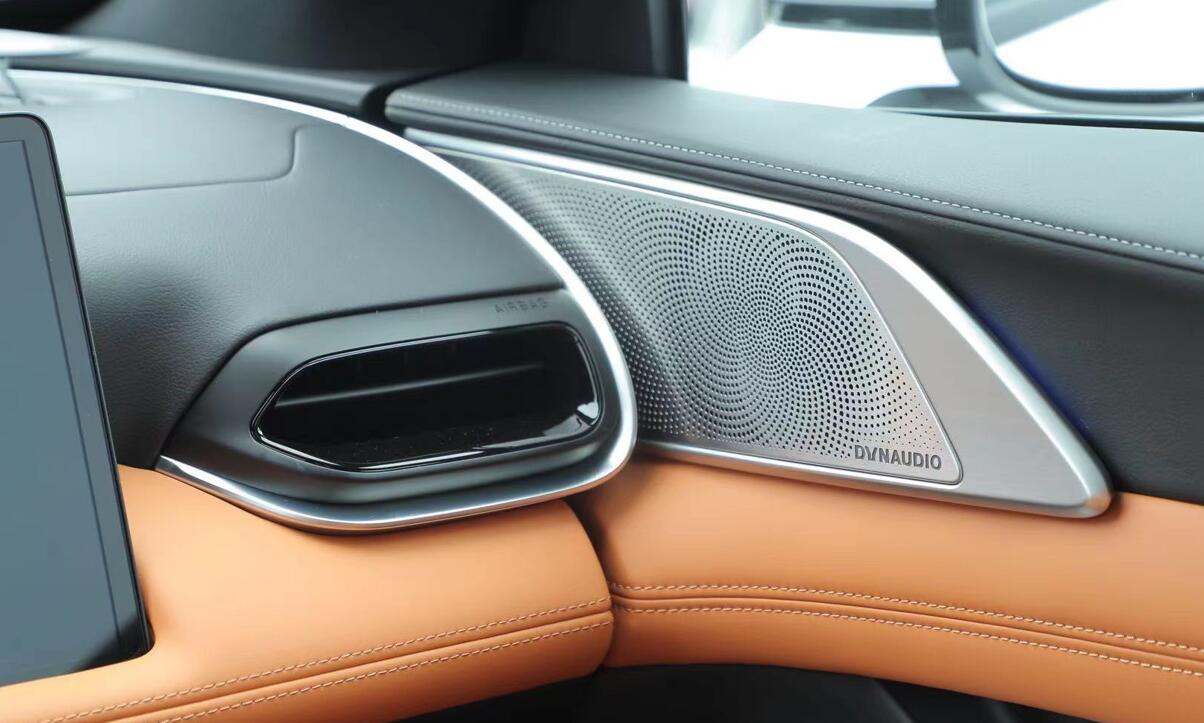 Having experienced the demo video, which seemed to have the seat vibrations on max setting, my butt was very confused as it violently vibrated whilst someone on screen knocked on a door.

I've been assured that the demo was showcasing the extreme ends of the system's capabilities. And listening to some bass-thumping music the seat vibrations were a reasonable level of engagement.

I can't wait to have an XPeng G9 on a longer loan to be able to put the audio system through its paces in a darkened environment. Recommended movies for testing are welcomed!

There's plenty more to explore within the infotainment screen, unfortunately, time was limited and we'll have to wait until a later date to give a fully conclusive opinion on it.

However, one thing I'd commend XPeng for, is their four-zone AI Voice Assistant which still is the fast responding voice command system I've dealt with.

It can flawlessly understand my less than flawless Mandarin. And the speed it recognizes commands and executes them feels like twice the speed of any other system. In the XPeng G9 everyone can hail the Voice assistant except the middle back seat.

XPeng already unveiled its 480 kW charging, which in combination with the XPeng G9's 800V architecture allows for a 200 km (CTLC) range in 5 minutes.

But personally, I think the standout figure is 10-80 percent charge in 15 minutes, really pushing the charge speeds down compared to traditional refueling.

The XPeng G9 is a sporty-looking SUV without the compromise of an "SUV Coupe" roof. Offering loads of rear space both in terms of legroom and headroom.

Comfort levels sitting stationary in it make me feel it will exceed the P7 by some length. If you're a fan of the P7 sedan but prefer an SUV then the XPeng G9 has got you covered.