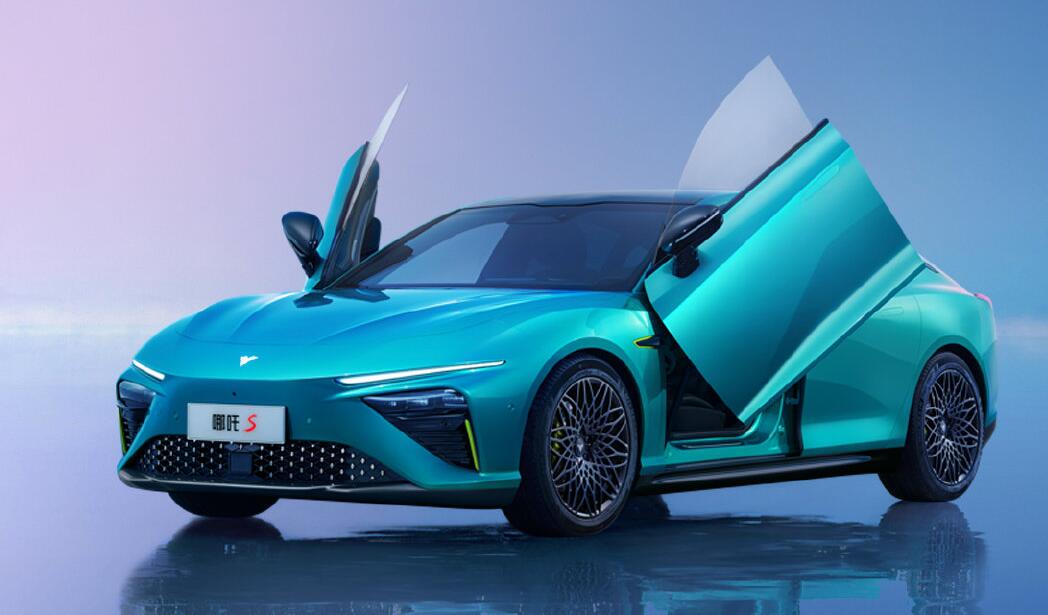 The flagship sedan from Neta, the electric vehicle (EV) brand owned by Chinese EV company Hozon Auto, appears to be reaping good initial acceptance as the company works its way into a higher-priced market segment.

The company announced today on Weibo that as of June 21, the Neta S received 5,216 pre-sale orders, including 683 orders for the limited-edition 999-unit version and 4,533 orders for other versions. 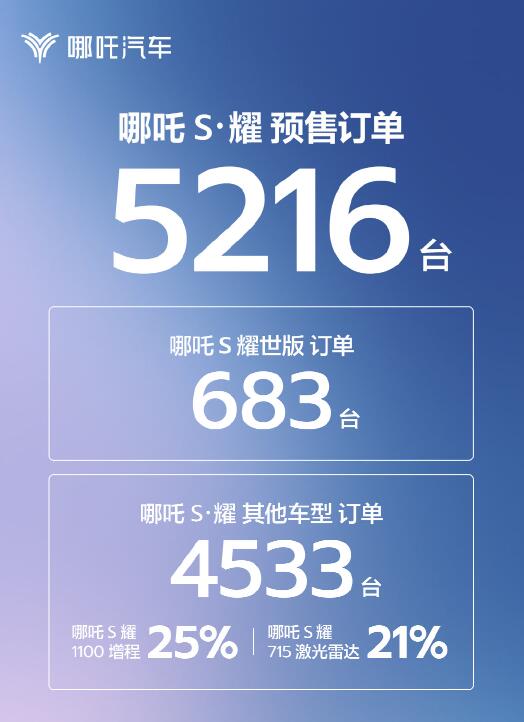 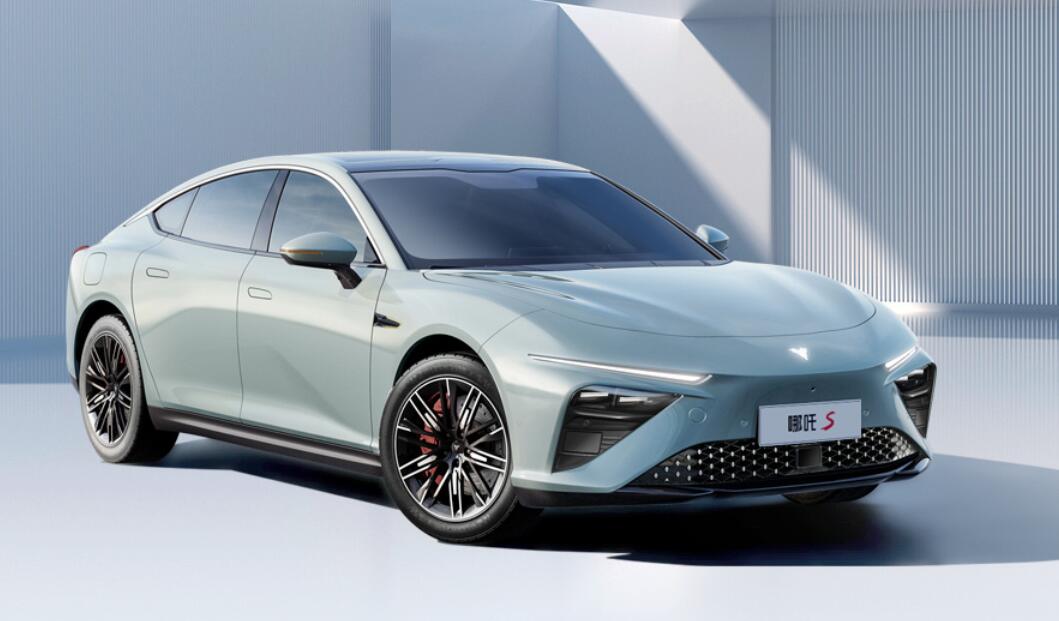 It is worth noting that only the price of the limited edition of the Neta S has been announced, and its delivery is expected to start in the fourth quarter. Pricing for other versions is unknown and the company previously said it would be announced in July.

Neta is pleased that it has received so many pre-orders without consumers seeing the vehicle in person and knowing the specifications and price of the regular version, Hozon CEO Zhang Yong said on Weibo today.

The company's expectation for future Neta S sales is at least 10,000 units per month, and reaching 20,000 units is considered a satisfactory achievement, Zhang said.

Neta is ramping up capacity, and if things go well, the company is on track to see its total deliveries exceed 200,000 units by 2022, he said.

Neta delivered 11,009 vehicles in May, up 25 percent from April and 144 percent from a year ago, according to figures it released June 1. 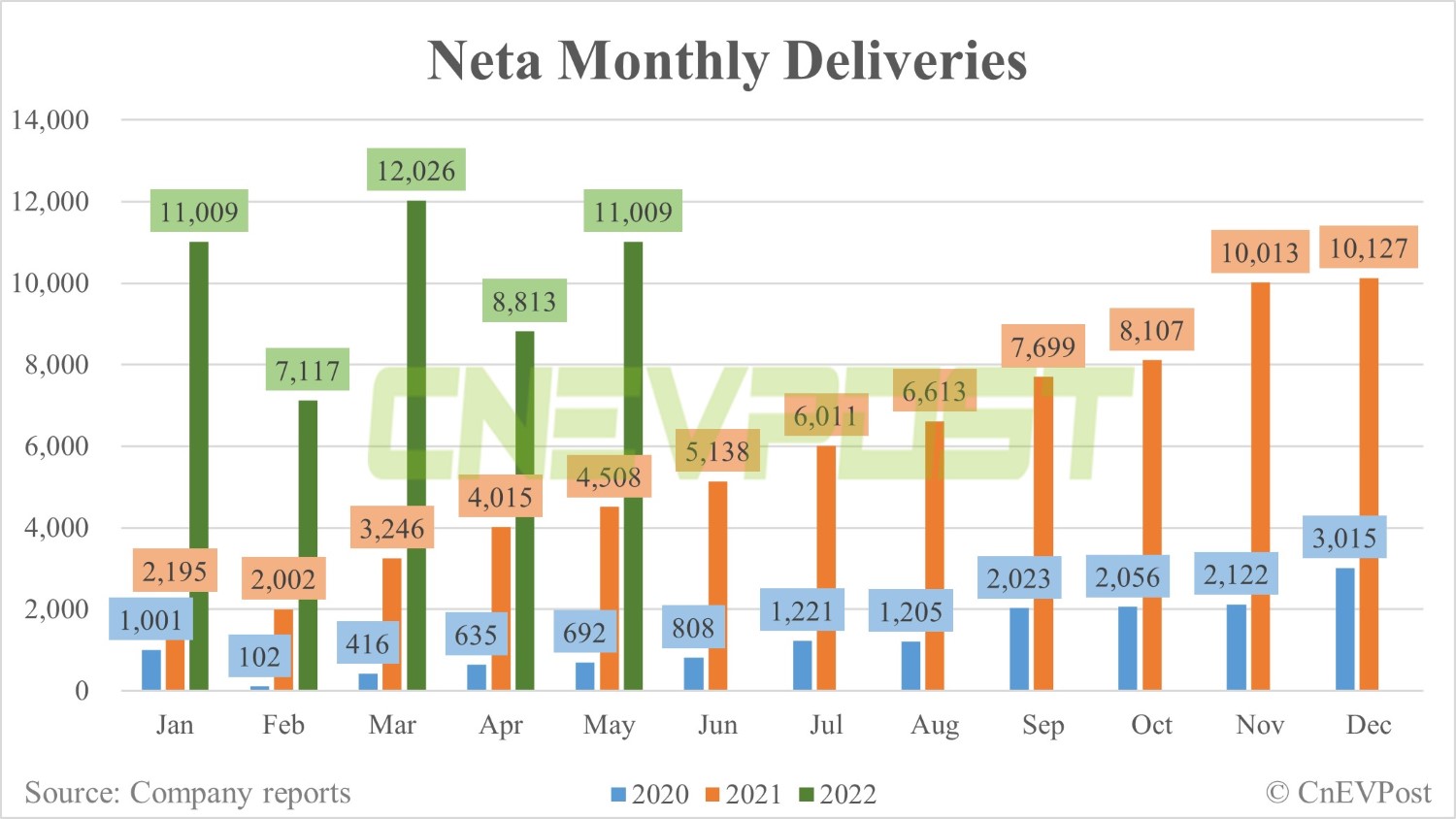 Neta delivered a total of 49,974 vehicles this year through the end of May, up 213 percent from 15,966 units a year earlier, data monitored by CnEVPost showed.

Neta is seen as a budget EV maker in China, as its vehicles are priced primarily to target the lower end of the market. The Neta S is its first effort at the premium market.

The limited-edition Neta S, which went on pre-sale on June 6, is largely identical to the regular model in appearance, but features a scissor door design similar to XPeng Motors' P7 Wing Edition. 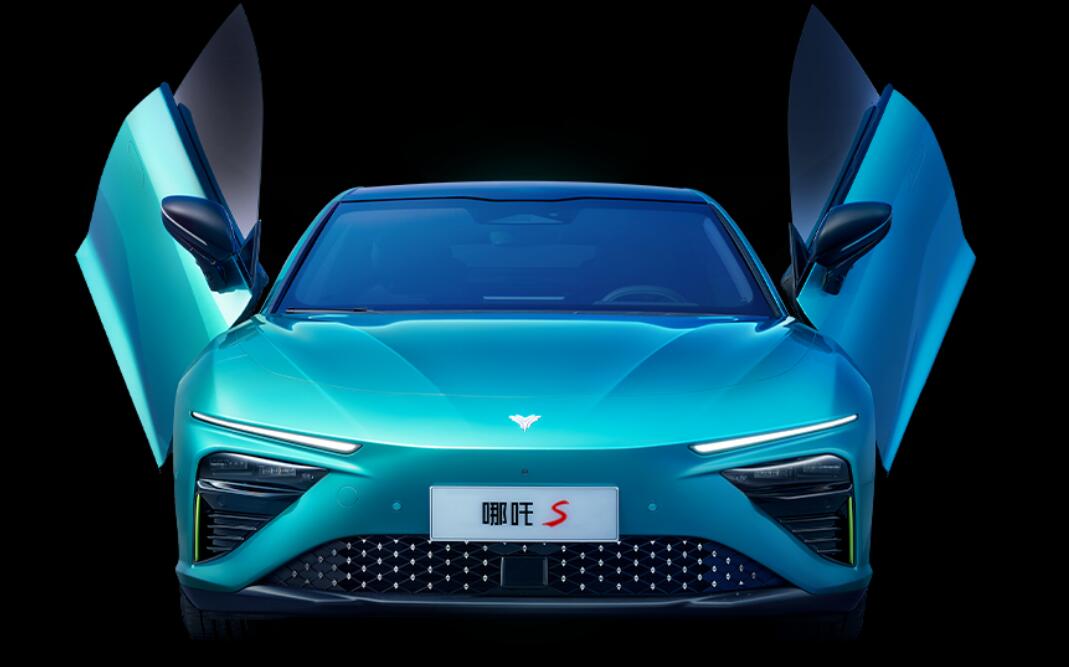 Its cabin has a 17.6-inch center screen, a 13.3-inch instrument cluster, a 12.3-inch entertainment screen, and a HUD head-up display system.

The Neta S limited edition is equipped with dual electric motors with a combined maximum power of 340 kW, a maximum torque of 600Nm, an acceleration time of 3.9 seconds from 0-100 km/h and a CLTC range of 650 km.

When using the exclusive fast-charging pile, the Neta S can reach a maximum of 240 kW of charging power, resulting in an 80 percent recharge in 20 minutes.