According to Chinese policy, NEVs sold to corporate customers need to reach 20,000 kilometers of driving range within 2 years or they will not receive the purchase subsidy. 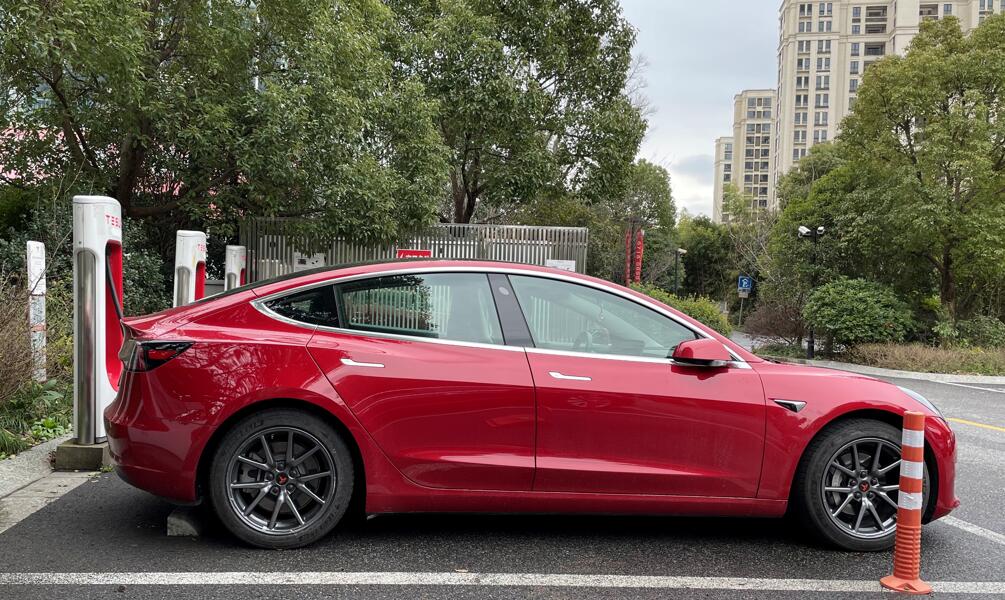 Tesla (NASDAQ: TSLA) is asking some of its corporate customers who bought its vehicles to return the purchase subsidies because the vehicles failed to meet the conditions that allowed the company to receive the subsidies.

Several corporate customers have recently received notification letters from Tesla informing them that they need to pay back the amount of subsidies Tesla previously advanced because their vehicles do not meet the mileage requirements, according to a letter shared today by local consulting firm Land Roads.

Here are the main points from the letter, as translated by CnEVPost:

Because your company purchased a Tesla vehicle and failed to meet the total miles driven condition within the time frame set by state policy, your company's vehicle has been conclusively confirmed to be unable to receive a settlement of the state subsidy.

According to the contract, the subsidy already enjoyed by your company in the purchase price was advanced by our company, and your company now needs to make a supplementary payment of that amount to our company.

You can view the purchase contract on your My Tesla account, which contains the exact amount of the subsidy and the related obligation to make the additional payment. 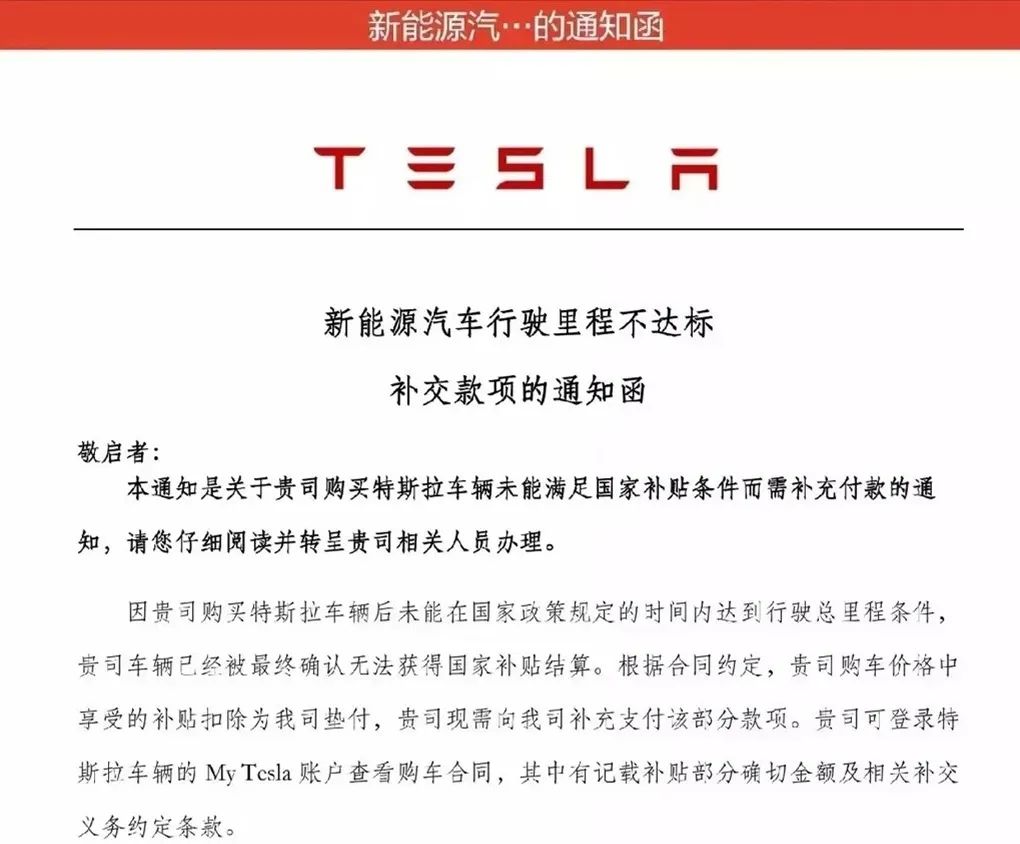 It is worth noting that this issue exists only for vehicles purchased in a company's name and is therefore unfamiliar to the vast majority of ordinary consumers.

The root cause of this is that in December 2016, China adjusted its new energy vehicle (NEV) purchase subsidy policy to require that non-individual users need to drive a cumulative total of 30,000 km within 2 years of purchase to be eligible for the subsidy in order to avoid fraud.

In February 2018, the policy was supplemented by an adjustment, and the mileage requirement was adjusted to 20,000 km within 2 years, and continues to this day.

For vehicles sold to corporate customers, car companies typically advance the money upfront, thus allowing them to be able to purchase the vehicle at the post-subsidy price. Only after that mileage requirement is met after 2 years does the car company actually receive the subsidy.

For Tesla, the first locally produced model that were eligible for the subsidy was the Model 3, with deliveries starting in early 2020.

From January to May 2020, Tesla delivered 31,256 locally produced Model 3 vehicles in China, according to data from the China Passenger Car Association (CPCA) monitored by CnEVPost. 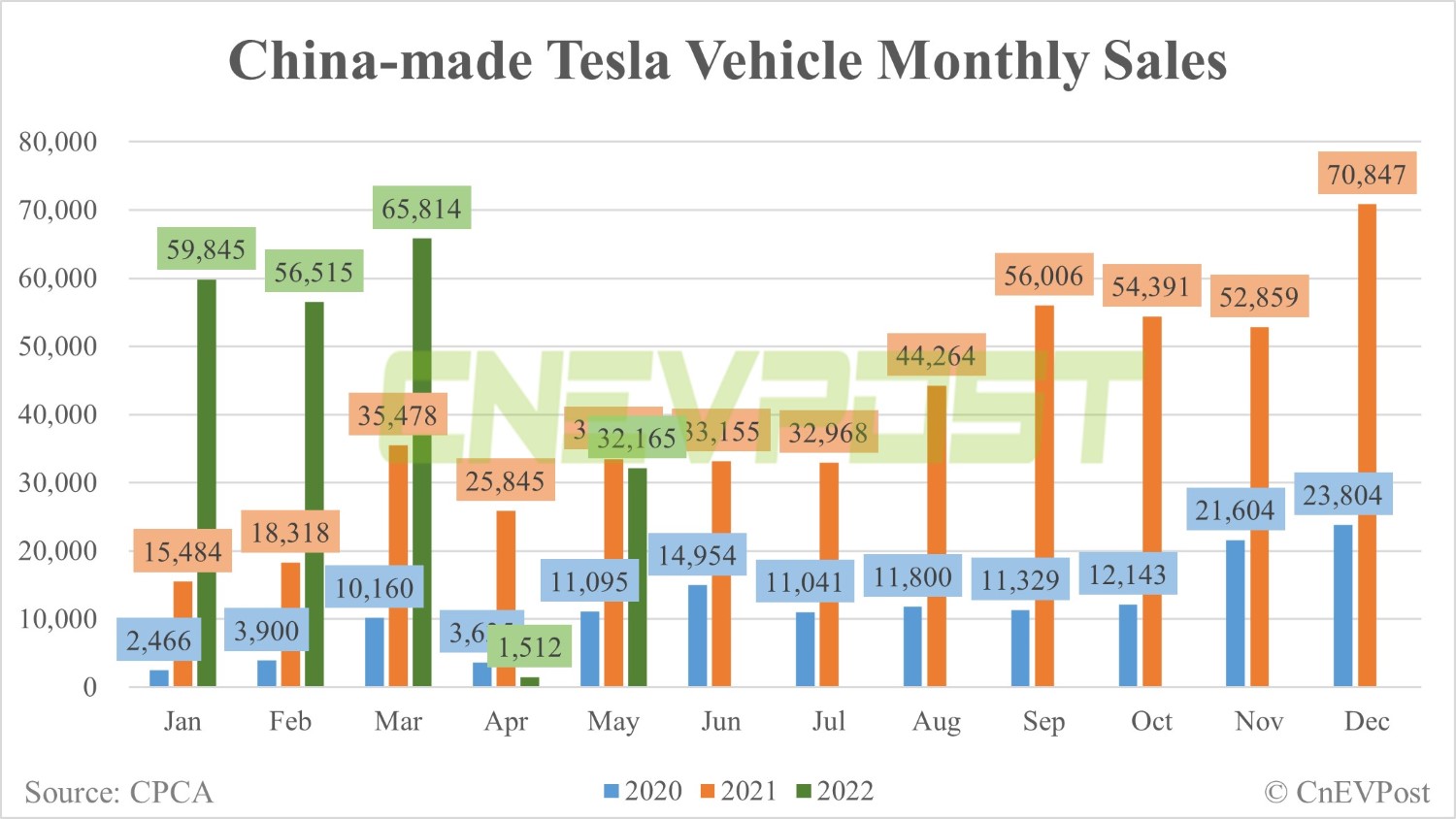 For these vehicles, while they were not purchased by individual consumers, most were actually used by private individuals, Land Roads noted.

"After 2 years, Tesla began sending letters to collect payments when it discovered that it was unable to obtain state subsidies for some of the vehicles, and many owners have never been closer to Tesla's legal department," Land Roads said.

Tesla should be the first automaker to take the initiative to ask consumers to return the subsidy, most other brands will bear the cost themselves, Land Roads' article said, adding that Neta Automobile will collect an extra RMB 6,000 as a deposit on delivery, and users can get it back after meeting the kilometer requirement.

Tesla's behavior is understandable, but many of the company's customers believe they didn't receive a reminder about the mileage requirement when they got their deliveries and received a text message reminder two years later when it was too late, Land Roads said.

NIO (NYSE: NIO, HKG: 9866, SGX: NIO) and Xpeng Motors (NYSE: XPEV, HKG: 9868) both explicitly remind company customers of this in their purchase agreements, while Tesla's purchase agreements only obligate customers to learn about government subsidy policies on their own, according to Land Roads.