XPeng Motors (NYSE: XPEV, HKG: 9868) fell in US pre-market trading after it reported a quarterly report that beat expectations but provided weaker-than-expected guidance for the second quarter.

The company reported revenue of RMB 7.45 billion ($1.18 billion) in the first quarter, topping the median analyst estimate of RMB 7.37 billion in a Bloomberg survey, according to its unaudited earnings report released today. 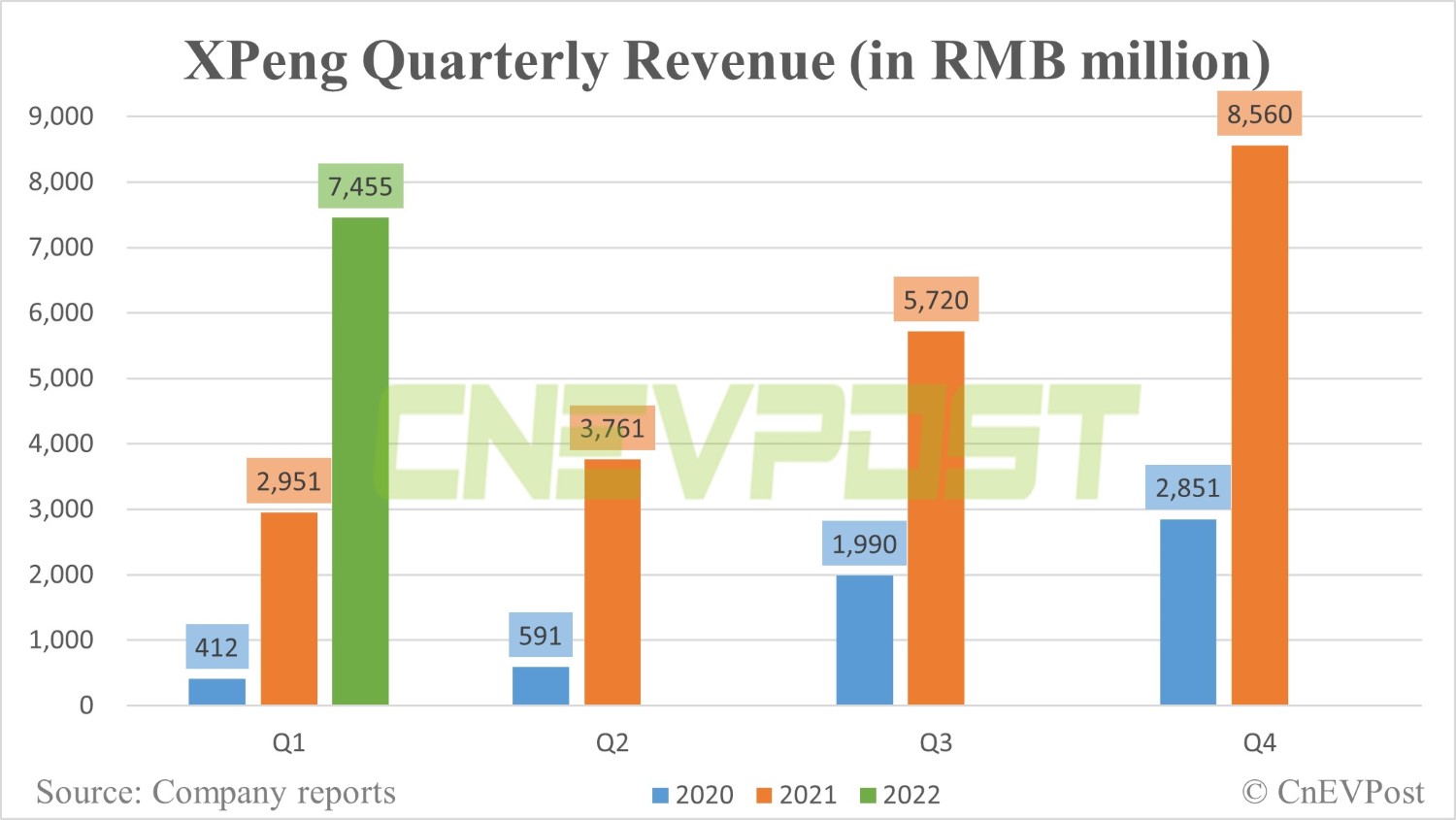 XPeng reported vehicle sales revenue of RMB 7 billion in the first quarter, an increase of 149 percent from a year ago and a decrease of 14.5 percent from the fourth quarter.

It reported a net loss of RMB 1.7 billion in the first quarter, up 116.1 percent year-on-year and up 32.1 percent from the fourth quarter. 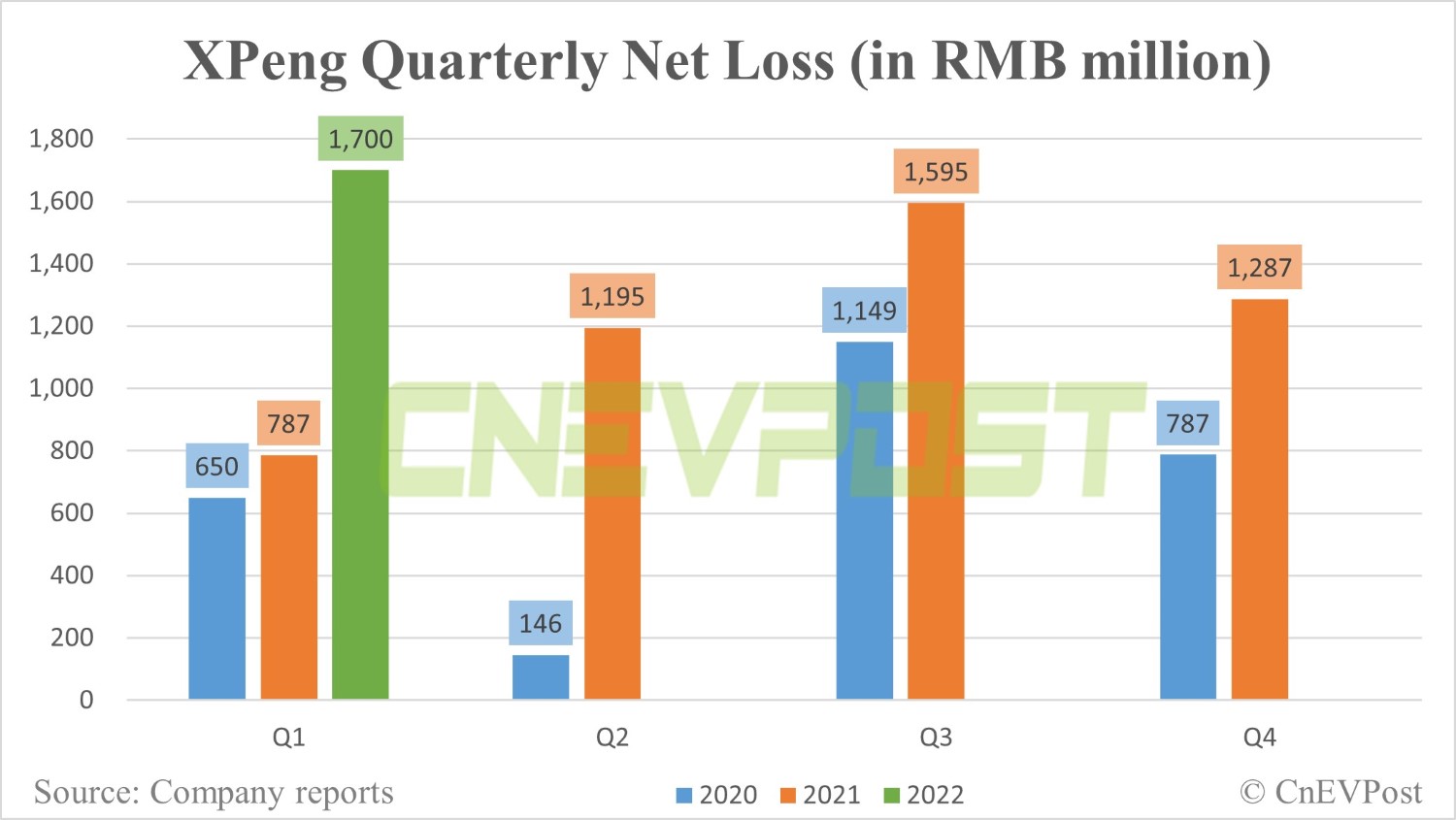 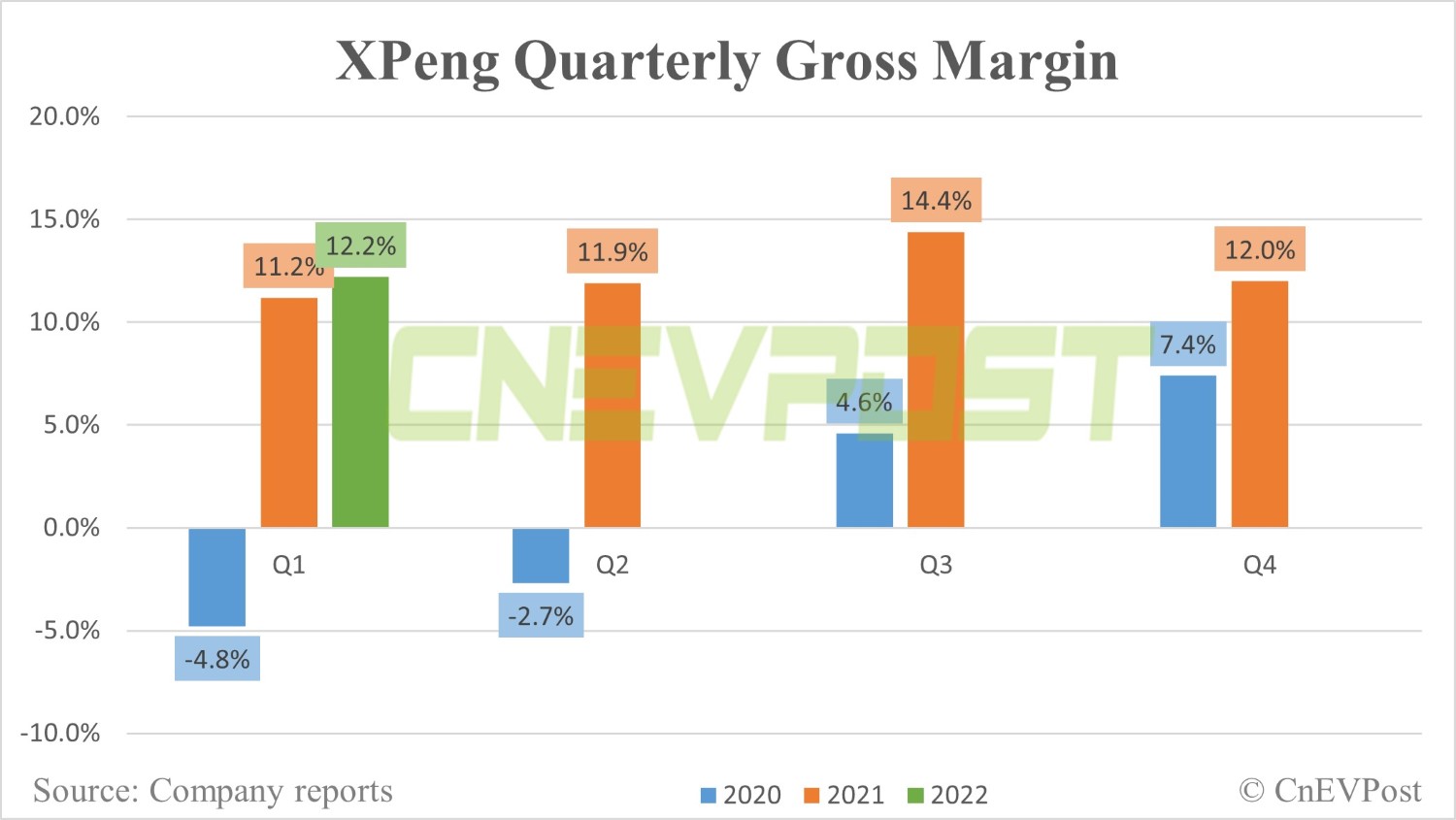 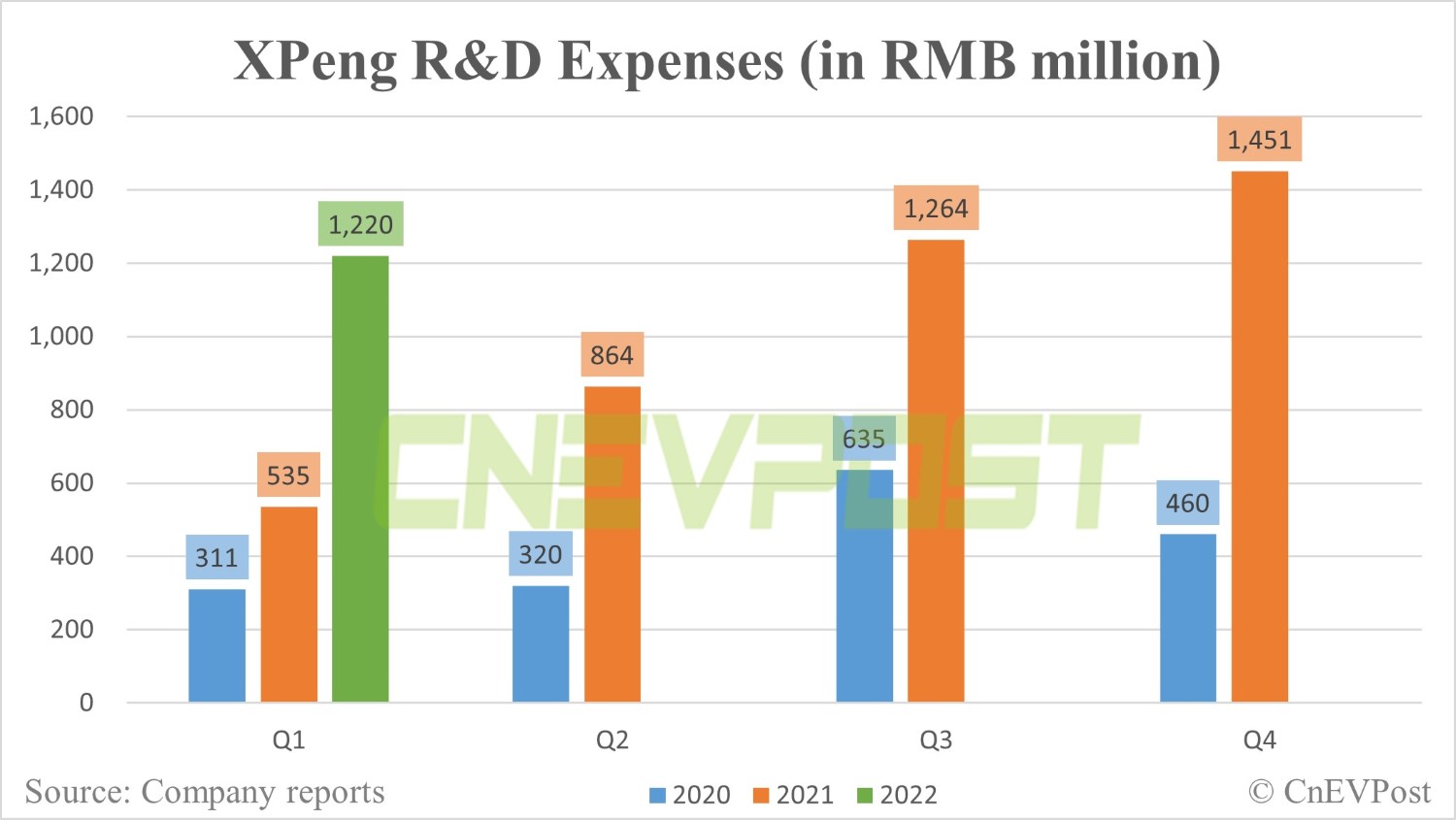 The year-on-year increase was mainly due to (i) the increase in employee compensation as a result of expanded research and development staff, and (ii) higher expenses relating to the development of new vehicles models to support future growth.

The quarter-over-quarter decrease was mainly explained by less design and development expenses which were affected by seasonal factors related to the Chinese New Year holiday, XPeng said.

"Superior in-house technology development capability and proactive supply chain management enabled us to address supply chain challenges more efficiently. We remain confident in expanding our market share despite the impact of semi-conductor shortage and Covid-19," said He Xiaopeng, Chairman and CEO of XPeng.

The company previously released data showing it delivered 34,561 vehicles in the first quarter, above the upper end of its guidance range of 33,500 to 34,400 vehicles. 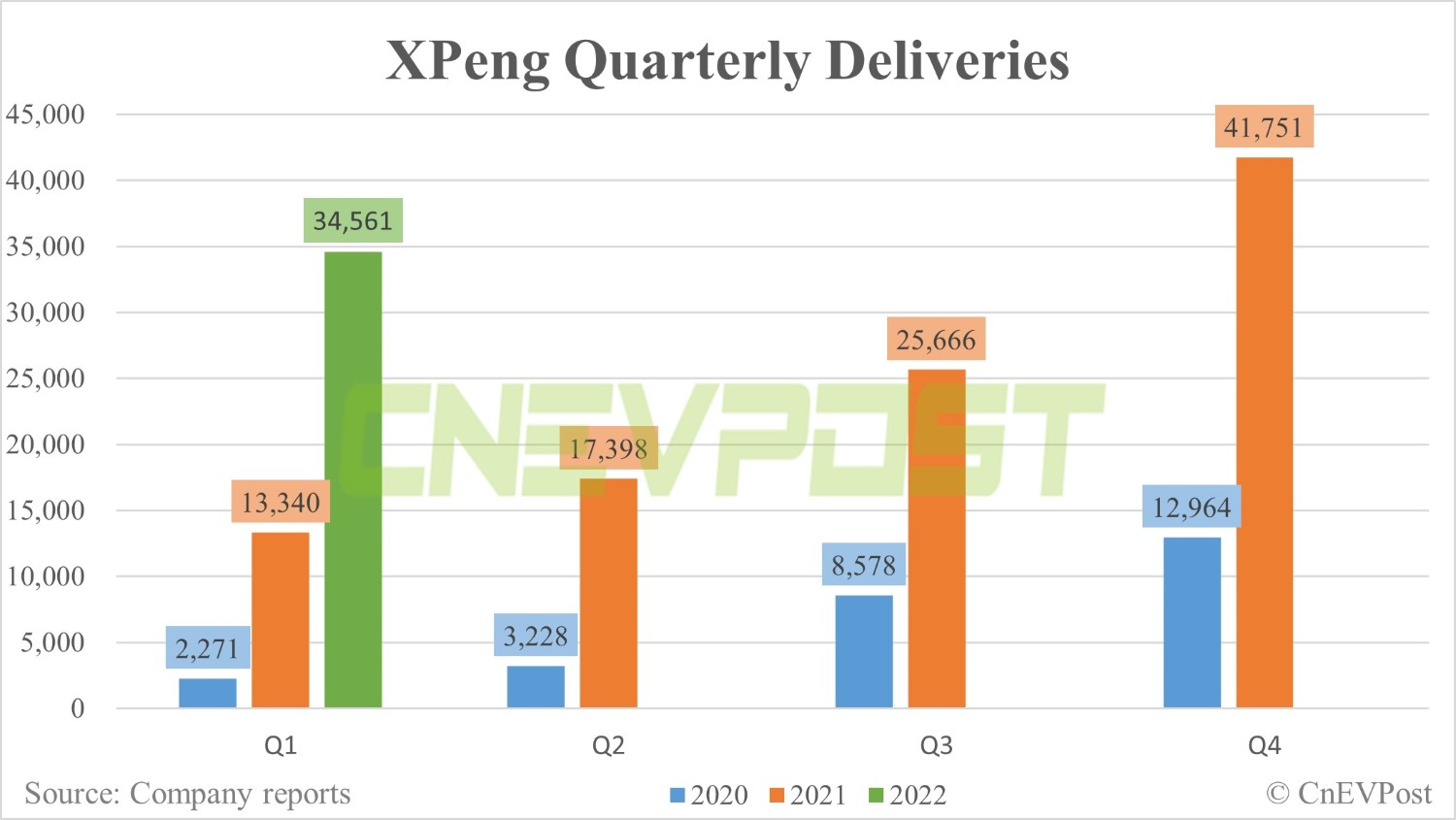 Considering it delivered 9,002 vehicles in April, the guidance implies XPeng will deliver 21,998 to 24,998 vehicles in May-June.

XPeng expects second-quarter revenue of RMB 6.8 billion to RMB 7.5 billion, implying a year-on-year growth rate of about 80.8 percent to 99.4 percent. The guidance was below market expectations of RMB 8.33 billion.

XPeng was down about 4 percent in pre-market trading Monday following the earnings announcement. 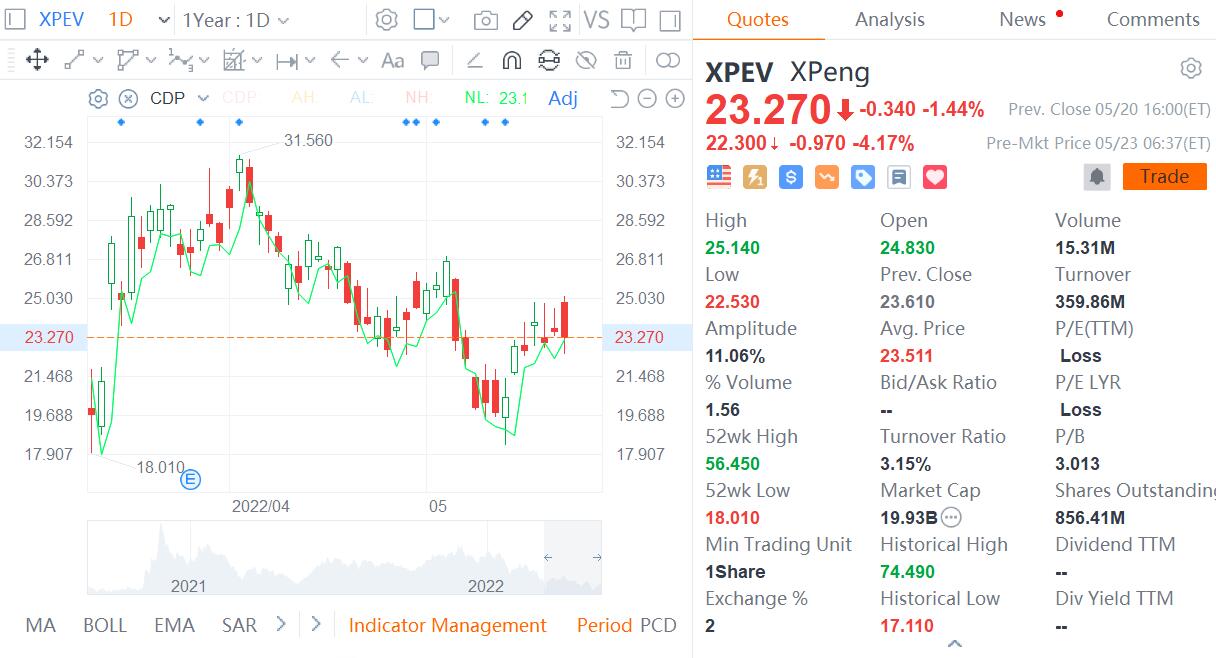 By the end of the first quarter, XPeng had 366 sales stores in China, covering 138 cities. It also has 757 supercharging stations, and 176 destination charging stations.