Denza announced a few hours after the launch that the D9 MPV received more than 3,000 orders within 30 minutes of the start of pre-sales.

After months of warm-up, the first MPV model of Denza, a joint venture between BYD (OTCMKTS: BYDDY, HKG: 1211) and Mercedes-Benz Group - previously known as Daimler AG, has finally started pre-sale. 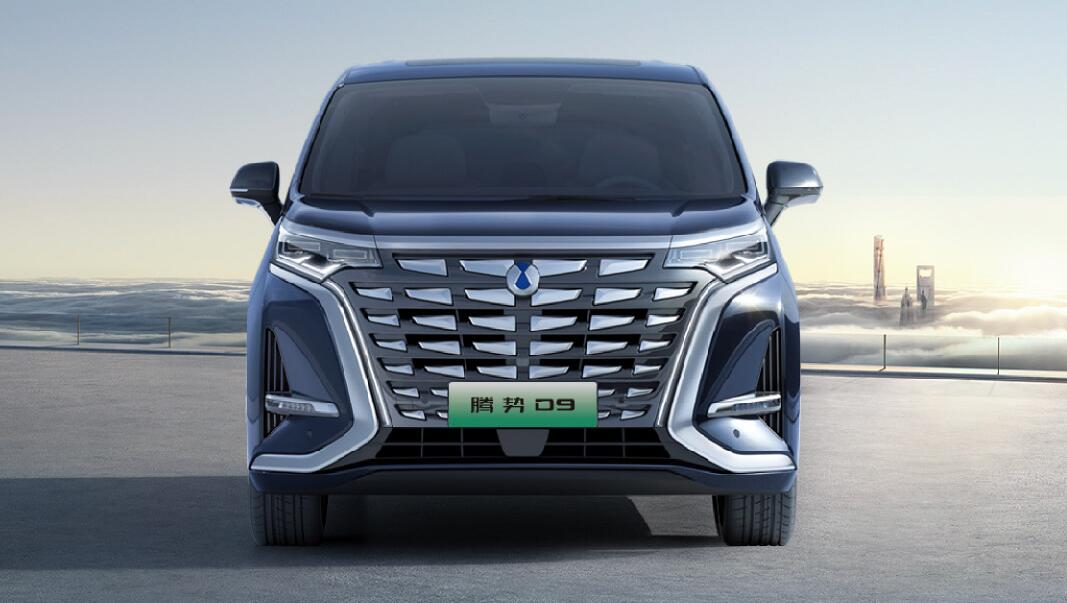 The all-electric version of the Denza D9 offers two options, both with CLTC ranges of over 600 km, with pre-sale starting prices of RMB 390,000 and 460,000 respectively.

In addition to these two regular models, Denza also offers a founder's version of the D9 for RMB 660,000, but limited to only 99 units.

The hybrid version uses BYD's 1.5T Xiaoyun engine and consumes as little as 5.9 L per 100 km on low charge. It supports 80 kW DC fast charging with a charging time of 25 minutes from 30 percent to 80 percent.

Its pure electric version is based on BYD's e-platform 3.0, with an 8-in-1 electric powertrain, and BYD's blade battery. It can get 150 km range in 10 minutes of charging and 30 minutes of 30 percent-80 percent charging time.

The interior of the Denza D9 continues the usual BYD style with a 17.3-inch suspended center screen and 10.25-inch embedded LCD instrument cluster. It is also equipped with Link interactive system, Danner audio, HUD head-up display and other features. 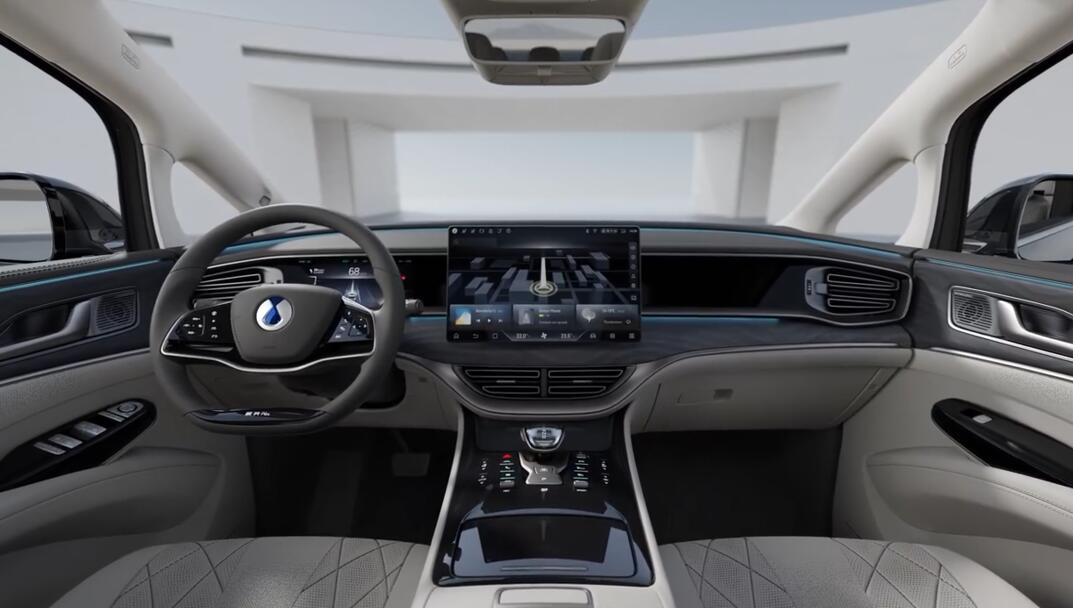 Denza is a joint venture established in February 2011 by BYD and Daimler, with each holding a 50 percent stake, the first Sino-foreign joint venture in China to focus on new energy vehicles (NEVs). In February 2022, the Daimler brand was rebranded as Mercedes-Benz. 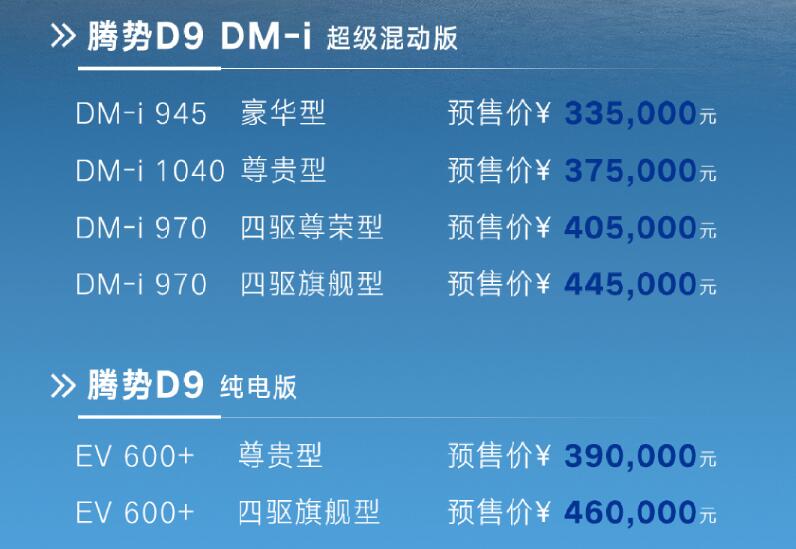 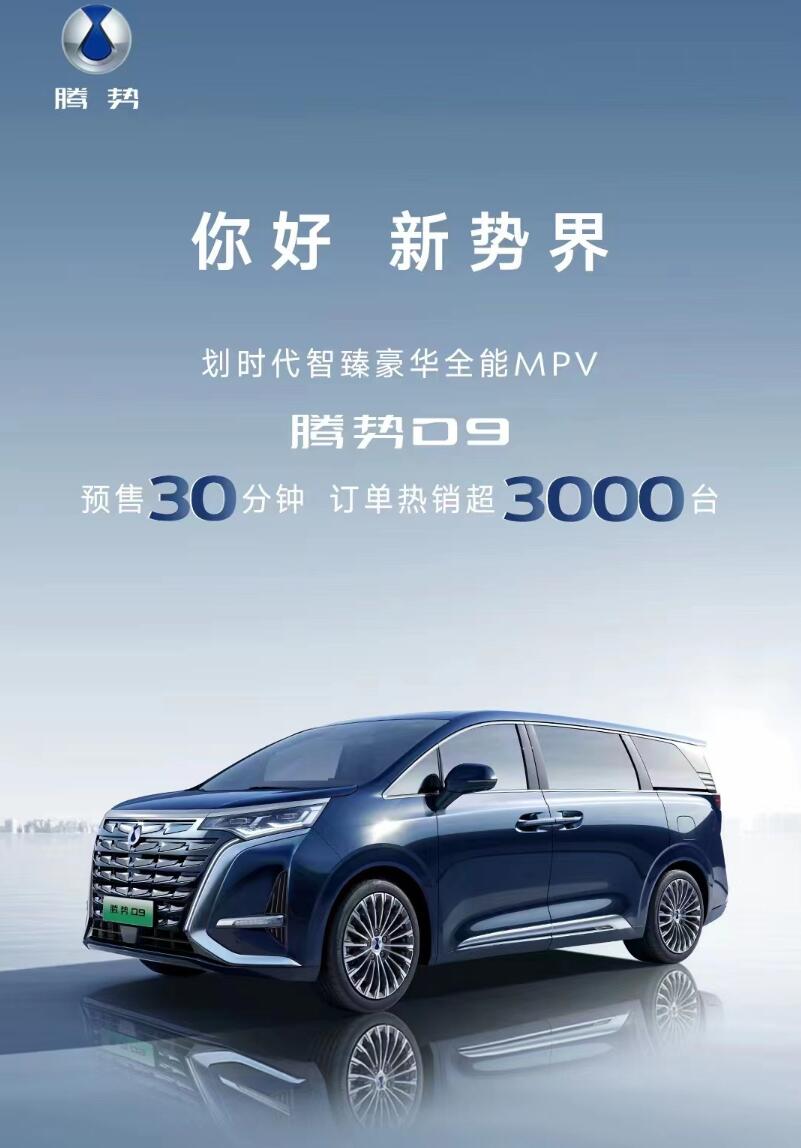