XPeng's production and logistics appear to be the least affected by the Shanghai lockdown, and supply chain management also appears to be more resilient than peers, said Edison Yu.

Shares of XPeng Motors (NYSE: XPEV, HKG: 9868) traded in the US have moved lower so far this month, though Deutsche Bank sees the upcoming sales figures at the end of the week as a catalyst for a rebound.

"With the stock struggling in the face of China Covid disruptions, broader growth sell-off, and what appears to be Tesla sympathy yesterday, we see potential for a relief rally with April monthly sales," Deutsche Bank analyst Edison Yu said in a research note sent to investors today.

After cutting his April delivery estimate for XPeng to about 9,000 units last week, Yu said in his latest note that based on their most recent channel check, they now see a potential upside to more than 10,000 units of delivery, the highest of the Fab 5 they cover -- NIO, XPeng, Li Auto, Neta, and Zeekr.

XPeng delivered 15,414 units in March, up 202 percent year-on-year. The company is expected to announce April deliveries on Sunday, May 1. 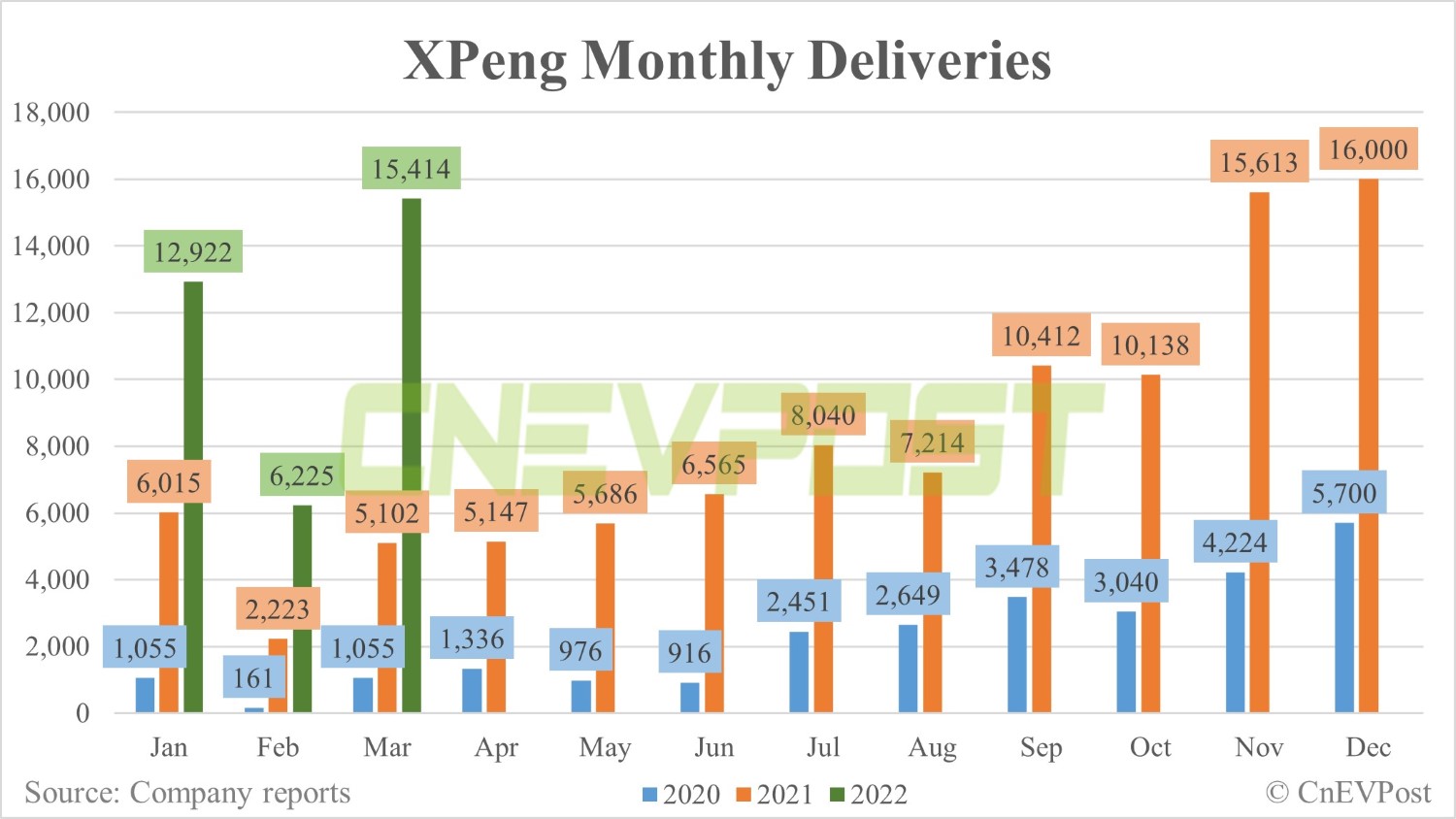 XPeng's production and logistics appear to have been least affected by the lockdown in Shanghai, while other cities also experienced lockdowns, and the company's supply chain management also appears to be more resilient than its peers, perhaps because it has a large number of alternative suppliers, Yu said.

The company has a very large order backlog that can extend for months, which means demand should remain well above supply for the foreseeable future, according to Yu.

At a high level, Yu said his team acknowledges that the broader Chinese economy is clearly under pressure, but continues to see strong growth generated by electric vehicles as consumers rapidly transition away from internal combustion vehicles.

Alternative data may already point to a stronger-than-expected April in the coming days, so the team can also envision the stock rallying this Friday ahead of the official report.

Li Auto could have a relatively soft sales month in April, possibly the lowest of the five companies, and although it is considered the best operator in the group, it is facing a more severe parts shortage, according to Yu.

The main risks to that short-term buy idea are weaker-than-expected monthly deliveries and a further deterioration in Covid lock beyond Shanghai, as in Beijing, Yu noted.

Yu's team maintains a Buy rating on XPeng and a $55 price target, implying a 142 percent upside relative to the company's closing price of $22.71 on Tuesday. 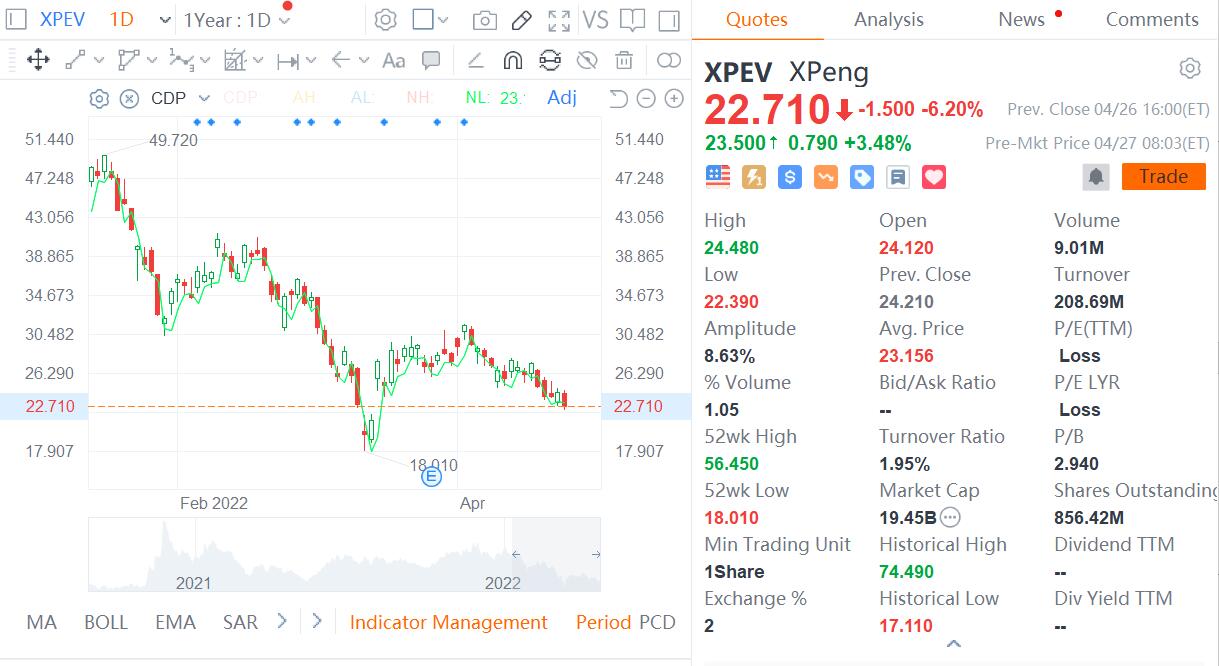