SAIC sold 443,045 units of all vehicles in March, with NEV sales contributing 16.8 percent. 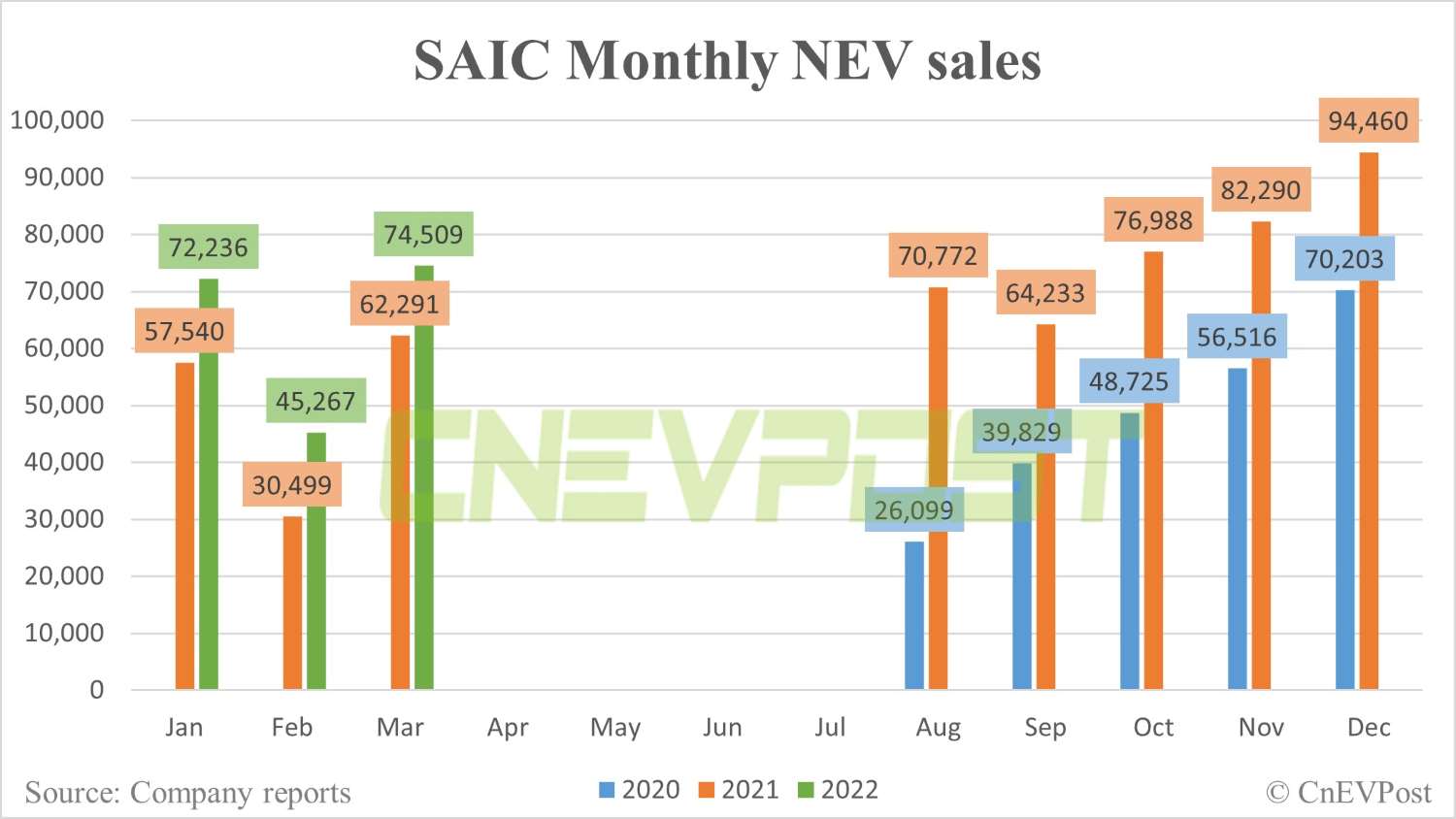 SAIC sold 45,267 NEVs in February, meaning sales in March were up 65 percent from the previous month.

The company first released its NEV sales data in August 2021, so data from April through July of last year is not currently available.

SAIC sold 443,045 units of all vehicles in March, down 10 percent from 492,853 units in the same month last year. This means that NEV sales accounted for 16.8 percent of SAIC's March sales, up from 14 percent in February.

SAIC aims to sell more than 2.7 million NEVs globally by 2025, accounting for more than 32 percent of its total model sales, its president Wang Xiaoqiu said at the 2021 World NEV Conference in Hainan on September 16, 2021.

The model is positioned similarly to NIO's ET7 sedan, which began deliveries on March 28, as a mid-size, all-electric sedan. There are currently very limited options for this market in China.