The company reported fourth-quarter revenue of RMB 8.56 billion ($1.34 billion), topping the median analyst estimate of RMB 8.12 billion in a Bloomberg survey, according to its unaudited earnings report released today. 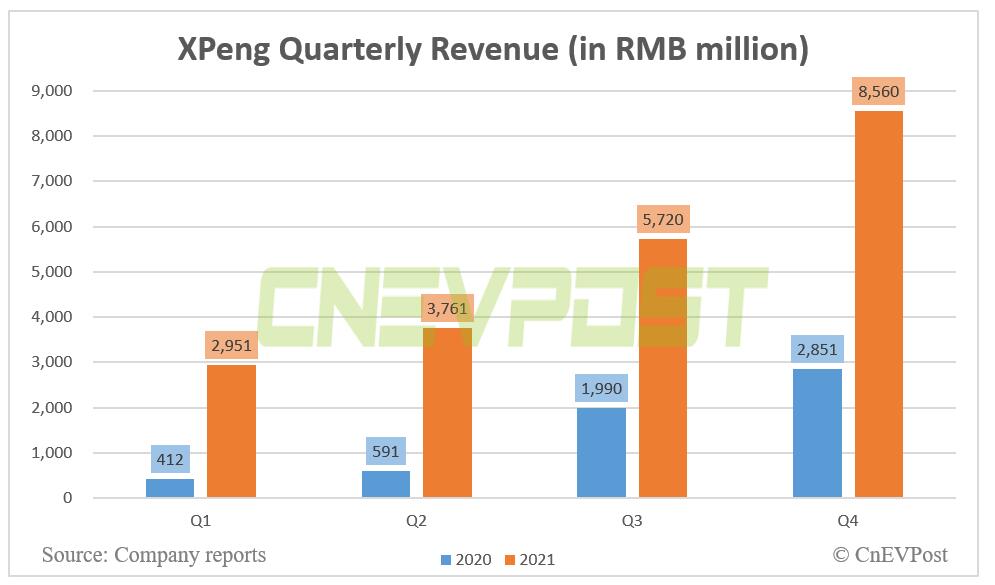 XPeng reported vehicle sales revenue of RMB 8.19 billion in the fourth quarter, up 199.3 percent from a year ago and 49.9 percent from the third quarter.

It reported a net loss of RMB1.29 billion in the fourth quarter, up 63.5 percent year-on-year and down 19.3 percent from the third quarter.

Deutsche Bank analyst Edison Yu's team had expected XPeng's gross margin to be 13.4 percent in the fourth quarter, down 2 percentage points from the third quarter, due to an unfavorable vehicle mix.

XPeng's gross margin for vehicles in the fourth quarter was 10.9 percent, up from 6.8 percent in the year-ago quarter and down from 13.6 percent in the third quarter.

The increases were mainly due to (i) the increase in employee compensation as a result of expanded research and development staff, and (ii) higher expenses relating to the development of new vehicles models to support future growth. 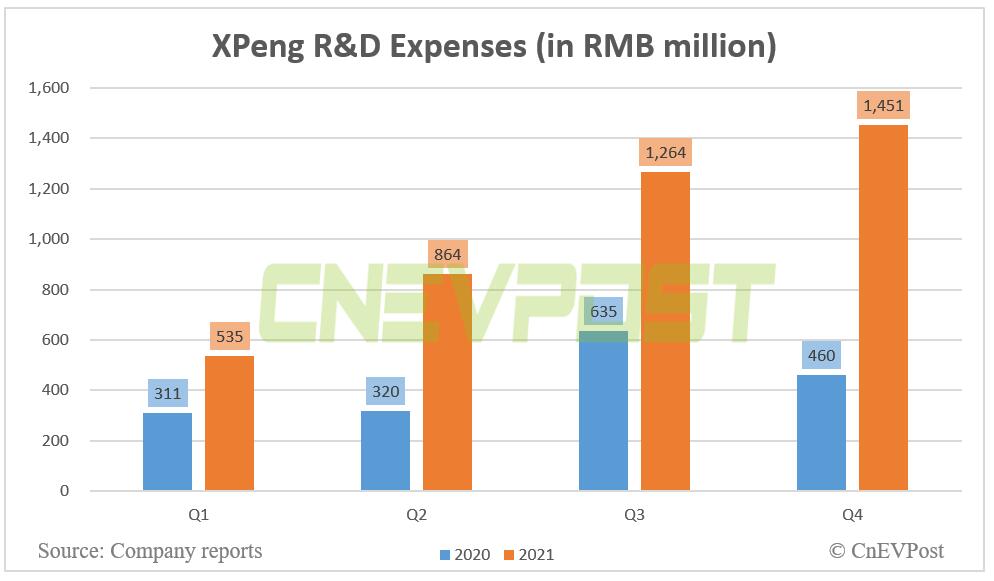 The company previously released data showing it delivered 41,751 vehicles in the fourth quarter, above the upper end of its guidance range of 34,500-36,500 vehicles. 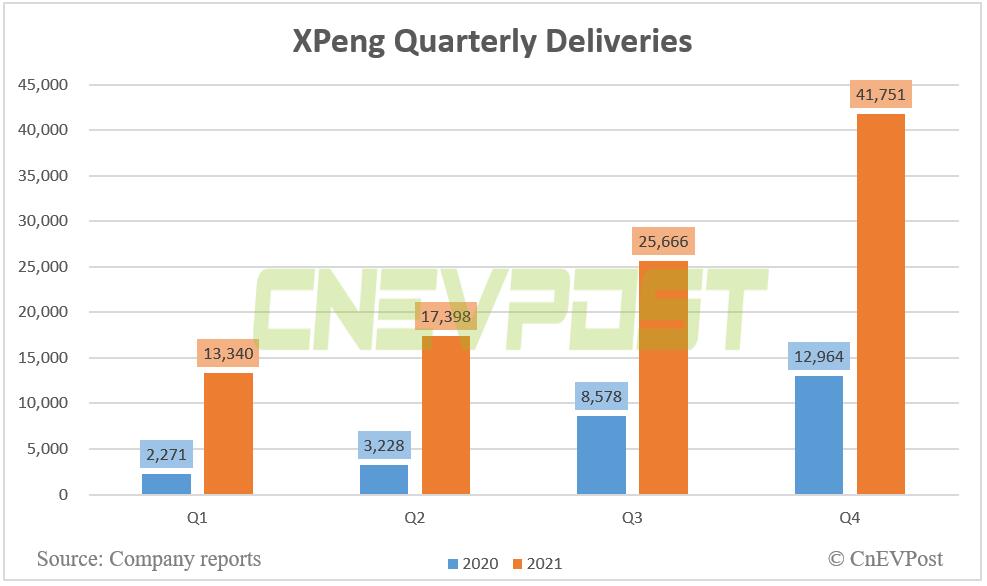 Considering it delivered a combined 19,147 vehicles in January-February, this implies March deliveries in the range of 14,353 - 14,853 units.

XPeng expects revenue of RMB 7.2 billion to RMB 7.3 billion for the first quarter of 2022, below market expectations of RMB 7.59 billion.

Its gross margin was 12.5 percent for fiscal year 2021, compared with 4.6 percent for the prior year.

Research and development expenses were RMB 4.1 billion for fiscal year 2021, an increase of 138.4 percent from RMB 1.7 billion for the prior year.

This was mainly due to higher employee compensation as a result of expanded research and development staff, and higher expenses relating to new vehicle model development to support future growth, XPeng said.