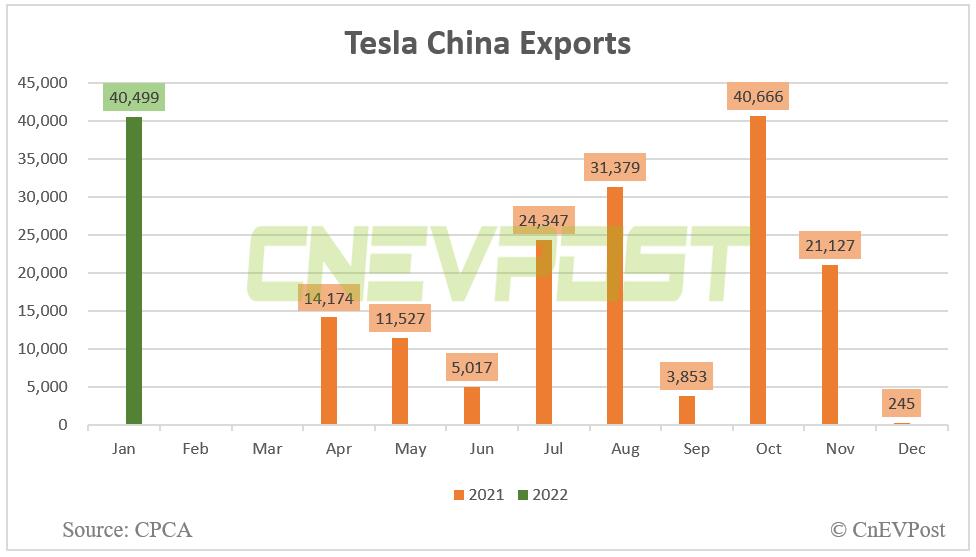 Tesla plans to expand the capacity of its parts production project at its Shanghai facility to meet the growing need for exports, a recent document shows.

An environmental assessment report covering the first phase of the parts production process upgrade project at Giga Shanghai Phase I was published on the Shanghai government's website on February 22, in which Tesla said the project is designed to meet the demand for exports.

Tesla plans to increase parts production capacity by adding workshops, increasing the number of workers and improving equipment start-up rates, according to the report.

The report is being used to show the impact the project could pose to the environment, and the public can submit comments between February 22 and March 1.

A large portion of the report is blacked out, but mentions that the parts production process upgrade project will add five major new projects, including the construction of a new powertrain shop, adjustments to the motor shop, new production lines and an increase in permanent magnet motor and motor controller capacity.

This is the latest expansion plan for Tesla's Giga Shanghai in order to lay the groundwork for the increase in its production capacity.

An environmental assessment report made public on November 23 of last year shows that Tesla will invest up to 1.2 billion yuan ($188 million) to "optimize" the production lines in the second stage of Giga Shanghai phase 1.

The project was expected to begin in December last year and be completed in April 2022. The environmental investment is RMB 85 million, or 7.08 percent.

Behind this series of moves is the fact that Tesla is facing a global situation where demand far outstrips supply, and Giga Shanghai is given high hopes for increasing supply.

Tesla's Shanghai plant had a capacity of 450,000 units last year and will see a huge increase after April this year, local media Cailian reported earlier this month, citing people familiar with the matter.

Giga Shanghai's annual production capacity is expected to exceed 1 million units in the next few years, the person familiar with the matter said.

Giga Shanghai has become an export hub for Tesla, which sold 59,845 China-made vehicles in January, 40,499 of which were exported, according to data released last week by the China Passenger Car Association (CPCA).