CATL (SHE: 300750) has launched a lawsuit in the Intermediate People's Court in Ningde city, Fujian province, where it is headquartered, and the case is set to go to trial this month, according to the report.

Between 2018 and 2019, nine former CATL employees joined two affiliated companies of Svolt Energy. CATL argues that the individuals breached their non-compete agreements and is therefore seeking RMB 1 million in damages for breach of contract, according to the report.

CATL had previously filed for arbitration with the labor arbitration commission and obtained support for the RMB 1 million claims against five of the former employees, according to the report.

According to a subsequent report from Sina Tech, Svolt said it has taken note of the report and the company is already actively preparing to respond to the lawsuit.

Svolt believes there will be a fair verdict from the court in Ningde, it said.

According to data released last month by the China Automotive Battery Innovation Alliance (CABIA), CATL's power battery installed base in China for the full year 2021 was 80.51 GWh, with a 52.1 percent market share. 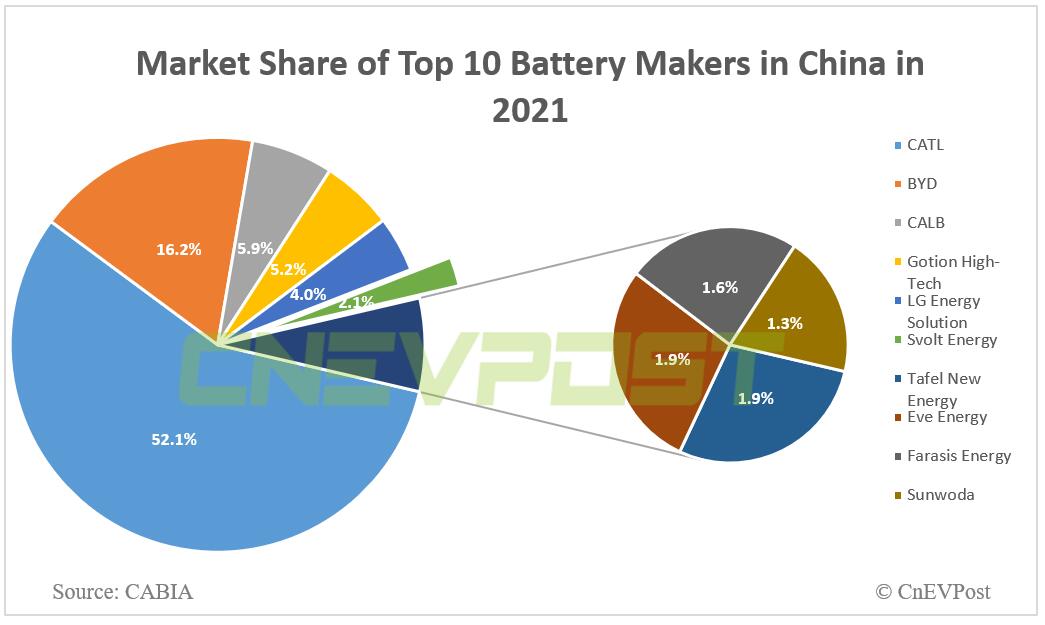 The lawsuit against Svolt is the latest in a series of legal actions taken by CATL in the Chinese market.

CALB said the products it offers to customers have been thoroughly risk investigated by a professional IP team and believes its products do not infringe on the IP rights of others, according to Jiemian at that time.